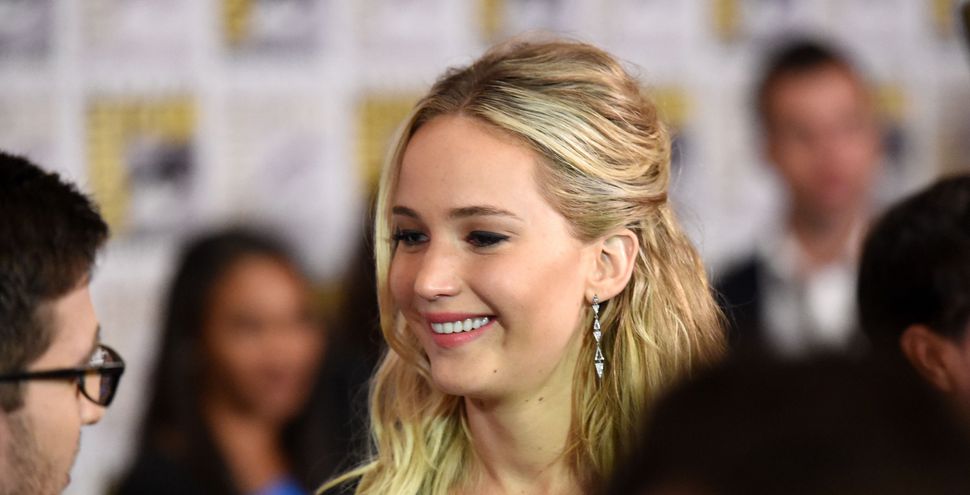 Recently Jennifer Lawrence an article about how she earned less money than men who do the same work because she didn’t negotiate for a better contract. “I got mad at myself. I failed as a negotiator because I gave up early… and based on the statistics, I don’t think I’m the only woman with this issue.”

This again? After hundreds of articles on the subject – in academic journals and in the popular press – we are still dealing with an enormous wage gap between men and women. The reasons for the wage gap are all out there – different responsibilities at home, women who ask for things being considered “brats,” mentorship differences, different negotiating styles – and the reality is probably a mix of these and other things. The question we should be asking is what is preventing the theoretical literature on this subject from affecting the practical ways women act and get paid? In the last decade, while all of this has been discussed at length, the actual earnings ratio went from approximately 77% to 79%, meaning that women working full-time, year-round jobs earned 79 cents for every dollar a man worked. It turns out that there is a difference between knowing about something and being able to fix it.

To me, negotiating is key. It is well known that women do not negotiate their salaries as well/often as men do. This is a real shame, because with good negotiating, you can get things like more vacation time, better work-from-home deals, and other things that could make it more worthwhile for women to stay in their jobs when their responsibilities at home change. But the truth of the matter is, that it doesn’t matter how much research we do on the topic or how much we talk about it in the media, women don’t negotiate their salaries as often as men. And reading an article about why they should (or why women should in general,) doesn’t encourage them to do so.

When I was in grad school I had a research assistant who did a great job and I really wanted her to keep working for me. There was money in the budget and I was happy to pay her more to keep her in my employ. But I wanted her to ask for it. So I sent her a link to Sheryl Sandberg’s Ted Talk, pointing her in particular to the part in which she talks about how women tend not to ask for raises. And I wrote “hint, hint.” I didn’t think I could get more obvious. Apparently I could. This was her response: “Thank you very much for sharing the video. She touches upon a lot of unfortunate realities about gender dynamics in work-school and I think her talk was very inspirational.” The research assistant then goes on to talk about how Sandberg’s discussion relates to the pilot studies she helped me with. She did not ask for a raise.

For this research assistant, and for so many others, the idea of actually applying the lessons of “women don’t negotiate enough” didn’t even occur. This young woman is smart and educated, but that’s not the point. Reading all the articles and understanding the research isn’t going to do it. What women need is instruction, guidance, and experience negotiating – in mock negotiations and in low-stakes negotiations. As women we also need to recognize when we are good at something (an issue Sandberg discusses at length). One women in her thirties asked me for help negotiating her salary after she had been working at the same company for five years. I asked her when the last time she asked for a raise was. Never. Her reasoning? “I don’t like negotiating; it’s not my type of thing to do.” But I have seen this same woman interact with her husband and children and she is a master negotiator when it comes to them. What she needed was the recognition that she has the skills and some practice applying them in a different context.

Perhaps most importantly, women often need individual motivation. Instead of saying “women should negotiate their salaries,” we should be saying to our friends, “Sarah, you should negotiate your salary. Today.” The reason to get up the courage to talk to your boss is not because it’s better for all womankind if you “lean in.” It’s because it’s good for you to do it. Because you deserve to be paid as much as a man who does your job. Women (and many men) need that individual encouragement, that person who will role-play the negotiation so that they gain the confidence to do it, and the person who won’t let her have her morning coffee without committing that “today is the day you’ll talk to your boss.”

Livia Levine holds a PhD in Business Ethics from Wharton, teaches at the Jerusalem College of Technology, and is CEO of Millennial Negotiations.