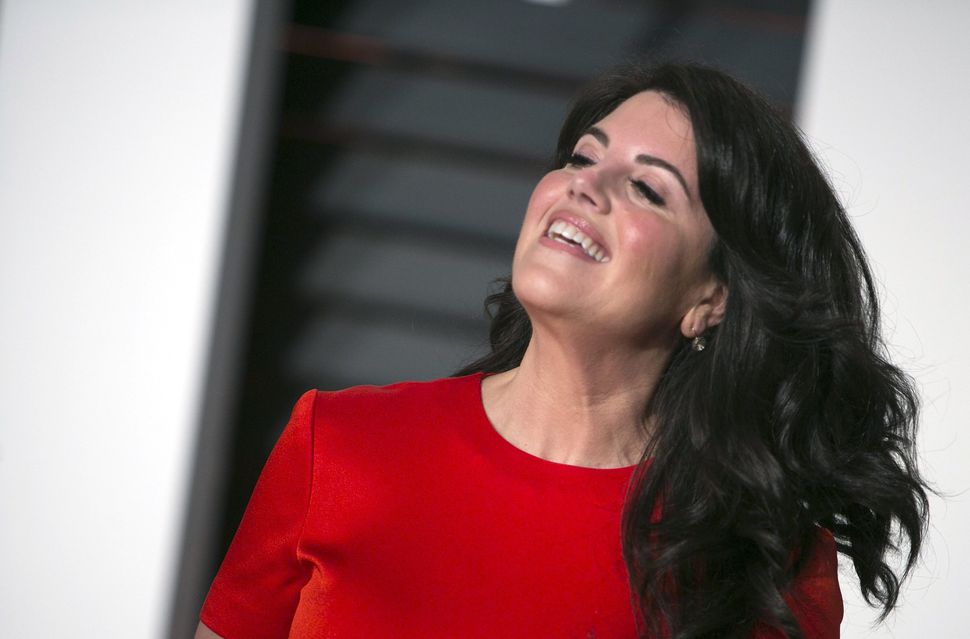 In her latest column for Vanity Fair, Monica Lewinsky writes about .

“Thankfully, I have never gone to a Halloween party where I’ve bumped up against, well, myself,” she writes. “I did, however, get an idea of what that might be like when, several years ago, I went to see the movie Made of Honor, starring Patrick Dempsey and Michelle Monaghan. It opens with a scene in which Dempsey, dressed as Bill Clinton, mingles at a Halloween party—with three Monica Lewinskys—all clad in blue dresses and berets, holding cigars. (Cringe Factor: 10.)”

I have a confession: I have dressed up as Monica Lewinsky.

I was 22 going on 23 — the same age Monica was when she had an affair with former president Bill Clinton. As a Jewish girl with lofty ambitions, brown hair and an affinity for berets, I identified with her.

The theme was the 90s. While my friends dressed up as “Pulp Fiction’s” Vincent Vega and Mia Wallace, I chose Monica. My aim was not to slut shame her, but rather to pay tribute to a young woman who made a impulsive, youthful decision and was shamed for it. I, under different circumstances, could have been her. We all could be Monica.

In her piece, Lewinsky argues that there’s a “darker side of the Halloween costume as social commentary.” That’s undeniably true. As she points out, one just has to remember Kelly Osborne’s poorly chosen Rachel Dolezal costume.

But to dress up as Monica Lewinsky in 2015 — or in 2012 in my case — is different than say, dressing up as Cecil the Lion. Monica Lewinsky in 2015 is no longer just a victim. She is a woman who has taken an unfortunate set of circumstances and reinvented herself. She has empowered other women to speak out and to be proud of who they are. She is a survivor. And her struggle deserves to be remembered, even if it’s one night a year, in between sugar highs.

So, sorry Monica, but not sorry. You deserve a Halloween costume. Enjoy it.