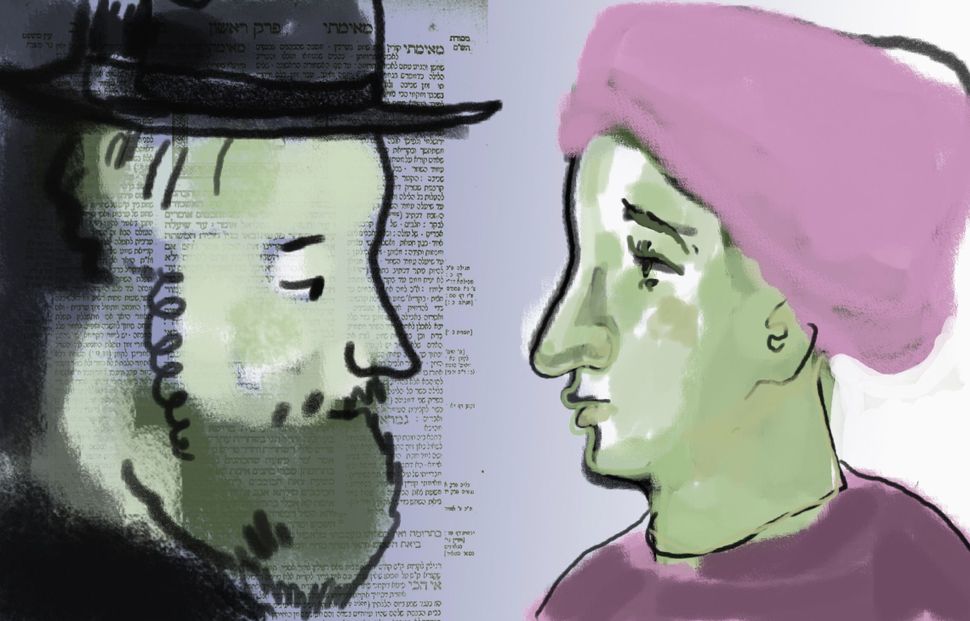 A few years ago, I received a call from a Hasidic Rebbe from a small synagogue in Brooklyn. In a mix of Yiddish and Hebrew, the Rebbe asked me, “could you help me write up a semichah [ordination certificate] for a woman?” The question didn’t faze me so much, my only question was “what type of semichah?” He answered “to be a yoetzet halachah”—in other words, a woman who guides other women through matters of Jewish law, particularly laws surrounding ritual purity and mikveh. While I was surprised the term “semichah” was used, the request did not seem particularly radical to me. In this case “semichah” seemed apt, at least in the colloquial sense.

The history of Jewish clergy is a rather dynamic one, perhaps more so in the Orthodox world than in the various non-Orthodox movements. In ancient times, “semichah” (in the sense of “rabbinical ordination”) was only conferred by the supreme Jewish legislative and judicial court, the Sanhedrin, and once it was disbanded, “semichah” essentially came to an end. The current form of rabbinical ordination was (and in some communities today, still is) classically referred to as “Heter Hora’ah” (i.e. a “license to teach,” similar to how some Protestant seminaries refer to their ordination as a “license to minister”) rather than “semichah.” and the term “semichah” coming to bee considered a colloquialism rather than a formality. A trained, ordained rabbi is known in such circles as a “Moreh Hora’ah”—a licensed teacher of Torah. The next and highest level of “semichah” in Orthodox circles is “Dayanus,” which indicates someone to be a Rabbinical Judge for a Beth Din.

This being said, traditional rabbinical roles are not the only clergy roles or honorific titles, and often one clergyman could wear several different hats. One may be a shochet, a mohel, or a chazzan. In some cases in the past, rabbis were given the honorific title of “Reverend.” Sephardi communities often referred to their rabbis as “Chacham” or Sage.

Beyond this, is the role of the Hasidic Rebbe, which may or may not have been combined with a traditional rabbinical position (often depending on the locale, as Hasidic Rebbes in Hungary and Galicia were generally first and foremost the Chief Rabbis of their cities, serving both a “Rav” and “Rebbe”, whereas in Russia and Poland the Rebbes only led their Hasidic Court in a Pastoral sense and often did not require any semichah to serve their post, although most Rebbes were ordained rabbis as well, almost incidentally). What generally distinguishes a Hasidic Rebbe from another rabbi is reading “kvitlach” — small notes requesting prayers or blessings — and distributing “shirayim” — leftover food, considered a blessing — at a communal meal or gathering called a tisch. The position of “rebbe” indicated a high level of piety and spirituality, as well as being a spiritual counselor and preacher.

It is in the position of the “Hasidic Rebbe” where gender egalitarianism first found room to grow. Since it did not necessitate the traditional rabbinical roles, the “Hasidic Rebbetzin” was often considered the spiritual equal of her husband. In a few rare cases, Hasidic devotions developed around women who were not married to rebbes, or even married at all. One of the most famous cases being that of Hannah Rachel Verbermacher of Ludmir (1805-1888), who led a Hasidic court as a female “rebbe”, albeit not without controversy. She was discouraged from her activities by her father’s own Rebbe, the Magid of Chernobyl. However, it seems the main objections were her remaining unmarried and following male practices such as donning tefillin. Today, it is quite normal for a Hasidic Rebbetzin to be sought out for blessings and advice, particularly from other women. In some of the most cloistered edges of the Haredi world, Hasidic devotion and leadership roles have been taken by rebbetzins, particularly once widowed and in light of succession disputes. In one particular case, it was actually the more “right-wing” (at least in their own estimation) branch of a Hasidic community which in the late twentieth century accepted the widowed Rebbetzin rather than the Rebbe’s nephew as successor to her husband.

Even outside the Hasidic world, the role of a rebbetzin is a pastoral one. I have seen all too often marriages fall apart because a woman who happened to be married to a rabbi had no interest in serving as a rebbetzin. Increasingly, synagogues and institutions seek out “rabbinical couples,” recognizing that there is a place for Orthodox women in Jewish ministry.

I recall a few years ago I had made a bid for a contract as a chaplain in a Federal Prison, and found out that a female Reform Rabbi won the bid. It was only afterward when I found out it was a women’s prison that I recognized the need for female Jewish clergy coming from the Orthodox world (and some form of ordination to make these jobs available to them). These clergy roles do not require Talmudic scholarship, which is questionable for women according to many Orthodox rabbis. They do not require the same type of ability to adjudicate Jewish law that traditional Orthodox semichah requires.

Back in August, Rachel Wizenfeld that she feels that Orthodox women should stay outside of the “boy’s club” of rabbinics. But there is and always has been a “girl’s club” of women serving as teachers, leaders, yoatzot, and pastoral guides, which are sorely needed to serve the women of their community (and could prevent problems which sometimes arise when men are ministering to women, and actually increase the barriers of tznius or modesty). Traditionally, these roles never required a piece of paper, whether called “semichah” or otherwise. Today, however, many jobs, particularly in chaplaincy fields, may require such a piece of paper, which should be granted to help these women so they can continue to be of service to the community at large.

I have never been much of a fan of the RCA, neither have I been a member of that group, and RCA’s recent resolution just seals that much more for me. On one hand, my Haredi positions lead me to personally oppose the RCA’s support for institutionalized Talmud study among women, which was always a private matter for individuals to pursue on their own and never institutionalized in traditional settings. On the other hand, while I agree that women should not be ordained as “rabbis,” I find it short-sighted to oppose any form of ordination for women, inasmuch that there is a real need for Orthodox female clergy.

These roles should be quite different than rabbinical roles, as their training should be different, based more on pastoral skill (combined with the same piety expected of ordained rabbis) and less on scholarship. To completely shut the doors of ordination to women has no more of a source in Jewish tradition than our modern-day ordination has to begin with. Therefore, I humbly believe that some form of ordination should be modified to open clergy roles (or to recognize existing roles as a form of ordination) to half of our community, in a way that allows them to pursue careers that they would probably be more fitted in many cases than men, if not at least equally so.

Rabbi Joseph Kolakowski has served pulpits and chaplaincy positions in Virginia and Upstate New York for the past decade. He has also published translations of Hasidic texts and hundreds of videos on YouTube. He can be reached at [email protected]