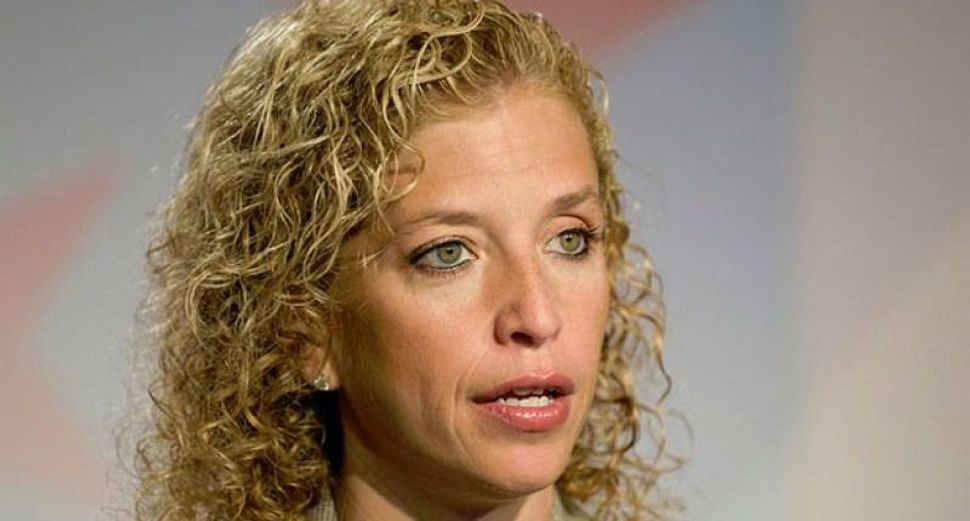 A brief list of coded words you should not be using to describe women: Hysterical (not like, “Oh my God, that’s so funny, it’s hysterical!” but the antique mythical disorder where a uterus floats around a woman’s body and she can’t control her emotions because of it). There’s also shrill, bossy, emotional, high maintenance, etc. Each of these are fraught, loaded with sexist implications, and used as weapons against women on a regular basis.

In an interview on Monday with Breitbart News Daily, Republican presidential hopeful Donald Trump referred to DNC chairwoman Debbie Wasserman Schultz as “neurotic,” as well as “crazy,” and a “terrible person.” Trump has a made it clear that he’s totally fine with treating women like garbage, even though he claims to love us. Misogynists love talking about how much they love women. It’s a sure fire way to spot one in a crowd. That and the fact that they will probably refer to women as “females.”

“Neurotic,” though. Sit with that for a moment. It’s a particular kind of barb. The stereotype of the neurotic Jew is one that’s gone fully mainstream, it’s hard to imagine that Trump didn’t make the connection between Wasserman Schultz as a Jew and that particular adjective. But a neurotic Jewish woman is another thing entirely. She can’t make decisions. She wants to make your decisions for you (that pesky “Jews control the banks/media/politics” trope fits in here). She can’t control her emotions, and she always has SO MANY EMOTIONS, because not only is she mentally unstable, she’s inept, and all this is worse because she’s a woman, and women lack the fundamental ability to control our emotions. She’s actually dangerous because she’s so unpredictable, she’s a threat to everyone around her, including men. Trump’s words were not not a casual, but calculated — it’s an attempt to neuter Wasserman Schultz’s political power, to encourage others to stop taking her seriously.

So what, right? It’s Donald Trump. He’s a joke, he says ridiculous things. If we ignore him, maybe he’ll go away? Except he’s a presidential candidate, which means he is garnering a certain amount of attention, and he does represent the views of some people living in the US. The reasons to be upset about this, and other drek that comes out of Trump’s mouth, is that, on some level, whether it be on the visible surface or much deeper, people believe it. Maybe not this actual version, maybe they wouldn’t have used the word “neurotic” to describe Wasserman Schultz, but now that it’s been used, it’s out there. It’s not as though Wasserman Schultz, the first Jewish female congressperson elected from the state of Florida, has hidden her Judaism — she was part of the initiative to create Jewish American Heritage Month, she’s a Hadassah member, a founder of the National Jewish Democratic Council, and has been a board member of the American Jewish Congress.

There is, you’ll forgive the term, an anxiety about women in power. If you can strategically inject another thing to be anxious about in there, namely a woman, who, because of her religion and ethnicity is innately unbalanced, you can be even more successful in taking her down. Trump didn’t make that up, he didn’t plant the seed. He watered the one that was there already.