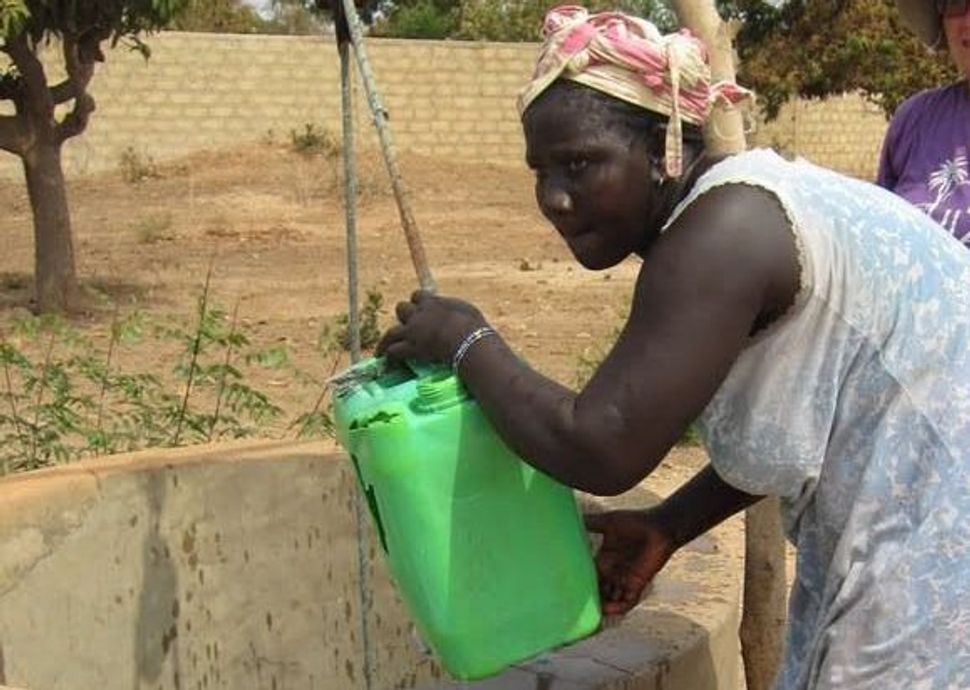 Parshat Vayetsei, this week’s Torah portion, provides vivid vignettes of pastoral patriarchy. People congregate around the village well, sharing stories while watering their flocks. Jacob arrives in Haran, the land of his mother, and heads directly to the well. This is where he famously meets his cousin Rachel, and is smitten.

Wait a minute. If they already had wells then, how come so many places don’t even have them now?

Modern readers might think Genesis depicts scenes of life and times from long ago and far away. Actually hundreds of millions in the world still subsist in just such pastoral patriarchies, many without even wells. Children still spend their days tending flocks. Obtaining the family’s water is a female obligation; women and girls spend hours every day carrying water from the nearest open source back to their homes. This means walking many miles (and further in the dry season) carrying miserably heavy jerrycans of water. A local well is a huge upgrade, liberating many hours a day which can be used for more productive activities. Like school for girls.

At a recent Global Ed conference, I had the pleasure of learning from Susan Counterman, a dynamic teacher at Denver’s Colorado Academy. Mrs. Counterman rocks it her annual Global Water Challenge mini-course. Her middle school students divide into teams, each assigned a country. They are tasked with developing ideas to improve water access and liberate women and girls from their daily water drudgery.

One former student of hers, Cameron Pollock, kicked the Global Water Challenge up to a new dimension. For his Bar Mitzvah project he raised enough money to provide two wells to Ethiopian villages. Partnering with the American Jewish Joint Distribution Committee, with its strong presence in Ethiopia, two new hand-dug wells are now complete in Meka and Sindedo-Media. This was a slow process — Cameron is a busy senior now, looking at colleges. Through his leadership and JDC’s implementation, over 1000 students and villagers now have access to in-village clean water, saving countless hours, improving villagers’ health, and sending girls to school.

The villagers likely still congregate around the well, collecting ample quantities of precious water. As our prophet Amos said, “Let justice roll down like waters, and righteousness like an ever-flowing stream.”