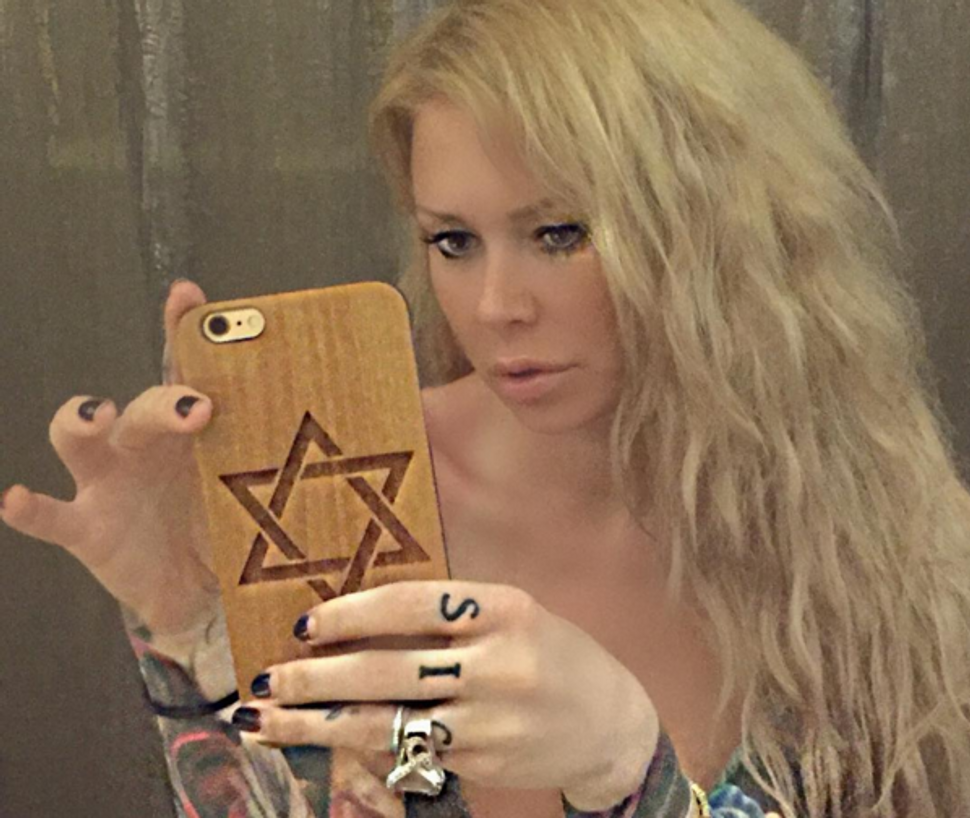 And that makes me sad.

Bialik posted her thoughts on Jameson’s announced conversion to Judaism and her upcoming Israeli reality show featuring Israeli fiancee Lior Bitton, on her website, GrokNation. Overall, Bialik was welcoming and incredibly supportive of anyone who chooses to convert — her ex-husband and former mother-in-law both converted to Judaism. No issue there.

“Joining a tribe of people who make up such a tiny percentage of the population but have such a large voice and presence and who have a homeland that is under global scrutiny for existing and whose politics are constantly challenged is no small task,” Bialik wrote. “People tease Jews, they joke about us, they hold us up to standards no one else is held up to…but if you want to join this club, come on in!”

But it was the heavy dose of disdain and a hint of slut shaming in the rest of the post that I have a problem with. For example, was it really necessary for Bialik to point out that Jameson’s ex-husband Tito Ortiz has full custody of their two children?

It’s 2015 — if Jenna Jameson wants to have sex on camera, why should we take issue with it? Say what you will about her, this is a businesswoman who started with nothing, built an empire and reinvented herself.

Some thoughts for Mayim Bialik:

1) Why should Jameson, a full-grown woman, feel guilt or shame about her choice to enter a completely legal profession?

“Why does she need or want to do a reality show? Beats me. I mean, she has spent her young life on camera showing literally the most intimate parts of herself. Even if porn stars say it doesn’t mean anything to them to have sex and do all of those things for the public eye, and that it’s just a job and it doesn’t matter, it’s still having sex on camera for a public audience – it is a big deal, and we were wired as mammals for it to be a big deal. Jameson sold sex because our culture makes it possible and desirable to sell sex. I know that many people will watch to see if she gets naked, and I hope this reality show doesn’t become that.”

2) To call Jameson inauthentic just because she does not physically present herself the way Bialik — who is Modern Orthodox — does is unfair.

“I do wonder if we will see a more authentic Jenna Jameson than we ever have. From what I can tell, she is always heavily made-up and looks camera ready, so I wonder if she really wants to show other sides of herself, like just hanging out in jeans and a T-shirt with no make-up.”

Bialik has been publicly discussing her life, parenting, relationships and Judaismfor years. Like Bialik, Jameson has made the very personal choice of sharing her journey of conversion with the public.

In her conclusion, Bialik offered to chat with Jameson about Judaism — but not publicly.

Jameson took her up on her nice offer by posting a response to Instagram, stating that she does not regret her past and thanking Bialik for her “beautiful view” of her journey.

Check it out below: 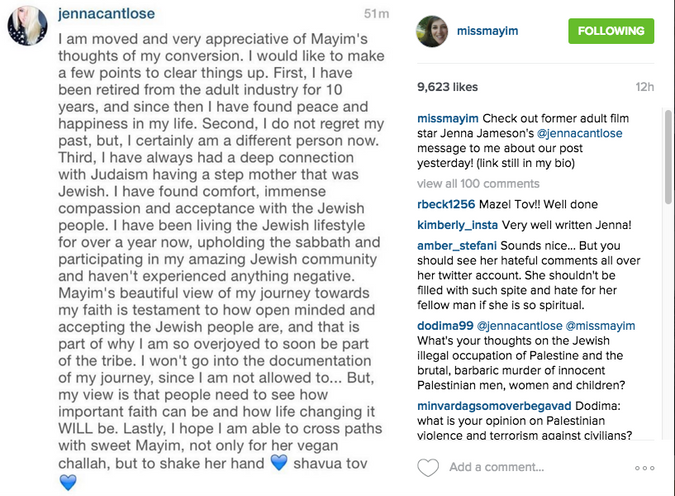