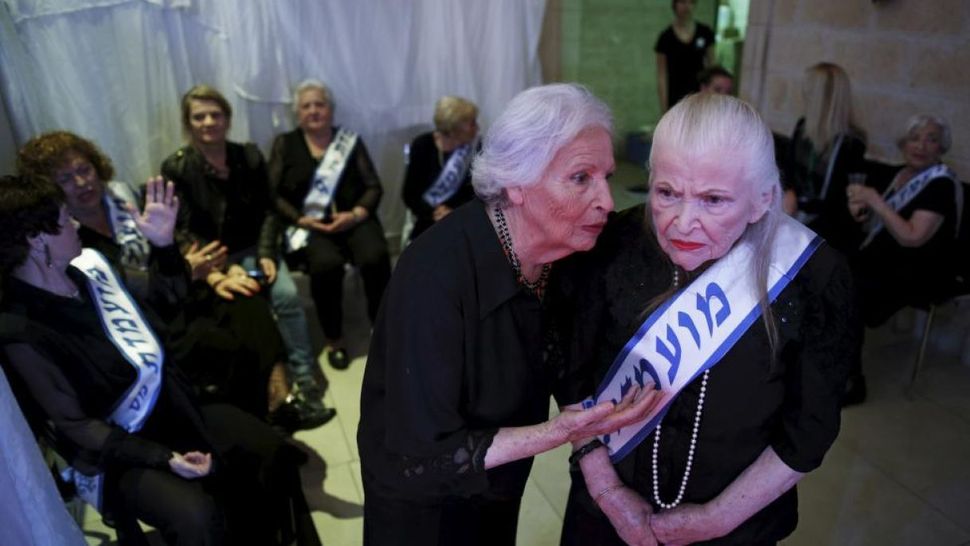 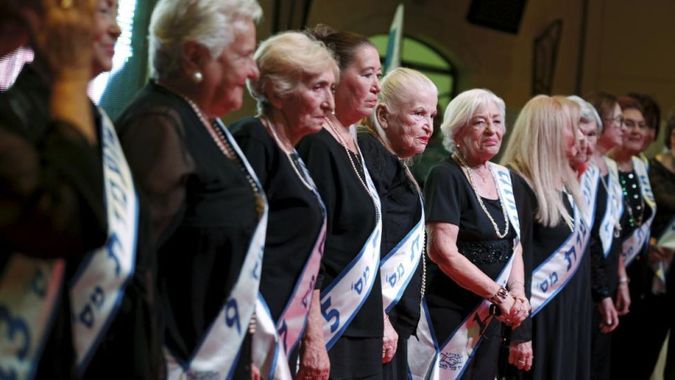 To the strains of Madonna’s “Vogue”, the 13 women with a combined age of about 1,050 strutted down the runway cautiously, hindered only slightly by walking sticks and the odd dodgy hip.

The third annual Holocaust survivors’ beauty pageant, honoring women who lived through the concentration camps and death marches of Nazi Germany, was held in the city of Haifa this week with hundreds of relatives turning out in support.

Lipstick was carefully applied, dresses were elegant and jewelry glittered, but the focus was on giving women who experienced horrors in the early years of their lives a chance to enjoy some glamour and attention as they push into their 80s.

“Many of them were children, teenagers or young adults during the Holocaust,” said Jurgen Buhler, the German director of the International Christian Embassy in Jerusalem, a sponsor. 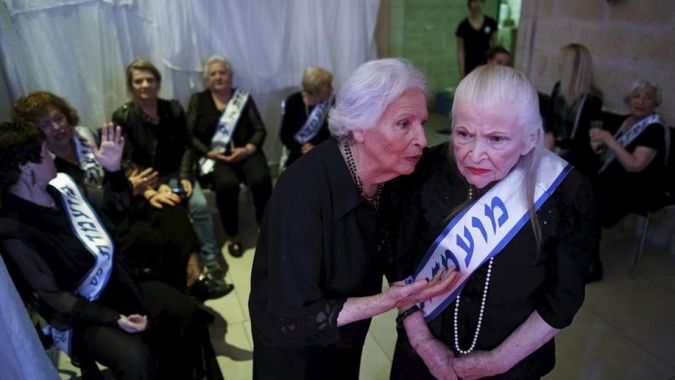 “They were either in ghettos or concentration camps. So this night is giving them something back which they could never experience when they were young.”

Rather than being deterred by the bright lights and loud music (Roy Orbison’s “Pretty Woman”), the contestants were eager to get stuck in, walking up and down the runway with beaming smiles, with the occasional helping hand from family.

They ranged in age from 74-year-old Rivka Stenger, who was born in Romania and made it to Israel in 1948, to 86-year-old Rebecca Kushner, who fled Poland after her mother’s family was killed in the gas chambers and arrived in Palestine in 1942.

The winner was Romanian-born Rita Berkowitz, 83, who since migrating to Israel in 1951 has seen three generations grow up and now has six grand-children and five great-grand-children.

“Maybe I will deliver a message to the entire people of Israel,” she said after receiving a tiara and blue-and-white sash from a former Miss Israel.

“That all Jews from all across the world will come to Israel, all of them…We are not afraid of anyone. Jews will never disappear from the world.”

Six million Jews were killed by the Nazis before and during World War Two. About 200,000 Holocaust survivors now live in Israel, many of them looked after by organizations such as Helping Hand, another sponsor.

Some have criticized the event for appearing to cheapen the memory of those who died in the Holocaust. But participants and judges said critics were missing the point, saying the contest was about recognition and respect rather than beauty.

“We chose them by their will for life, by their energy,” said Lihi Lapid, a journalist who was among the judges.

“Each one of them mentioned the fact that she is here because she wants us to remember and to talk about it and to never forget.”—Reuters