Licoricia of Winchester’s Guide to Having It All 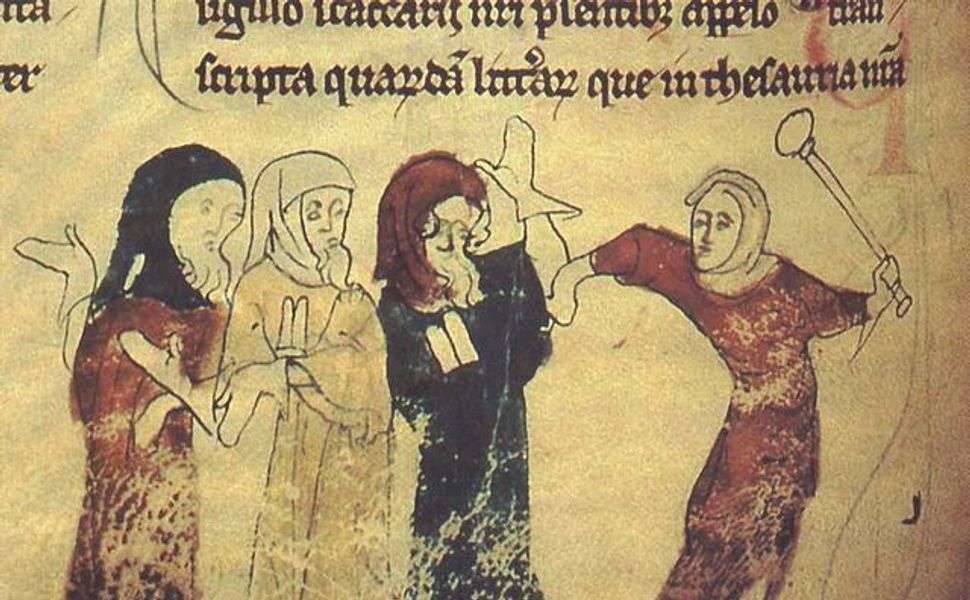 The word “moneylender” evokes the image of Shylock, the Western canon’s merciless Jewish anti-hero. However, as is the case with most stereotypes, the historical reality was much more diverse and nuanced. Moneylending, vital to the growth of kingdoms and empires throughout the middle Ages, provided a stepping-stone to independence, wealth and influence not only to men, but to Jewish women as well.

Licoricia of Winchester was one such glamorous financier. Living in 13th century England, she went into the finance business as a young woman while married to her first husband, Abraham. After being widowed, she supported herself and her three sons, eventually becoming one of the wealthiest and most influential businesswomen in England. As a writer in search of a good tale, I became intrigued with Licoricia’s story because it features scandal, mystery, fame and fortune, a “lifestyles of the rich and famous” setting and offers a glimpse into the micro-politics of the English Court under Henry III, where she was often received.

Licoricia lived her whole life in England; she was probably born in Southampton, and married young like most Jewish girls from prosperous families. It was the fashion of the day for Jewish parents to name their daughters flowery, Continental-sounding names. Had little Jewish girls gone to elementary school at that time, Licoricia’s class would likely have been overrun with little Belias, Comitessas, Florias and Belasets. After her husband’s death, Licoricia carried on a thriving business, lending to higher-ups in the court of Henry III and figuring prominently in the Exchequer’s rolls. Although many of the details of her life remain unknown, scholars believe that Licoricia settled in Winchester relatively early on, and there likely encountered the well-known Chera of Winchester, matriarchal head of a notable family moneylending consortium. Licoricia may have increased her connections through Chera’s network in these early stages of her career, perhaps even becoming the older woman’s protégé.

The widow Licoricia eventually met her match in another high-profile financier of the day, David of Oxford. Their courtship was initially tainted by scandal David was already married, and had to divorce his first wife in order to wed Licoricia. The marriage produced one son, whom they named Asher. Though their union had the makings of the perfect power couple, David died suddenly just two years later, leaving the bulk of his fortune to Licoricia.

Thirteenth century life was not easy by today’s standards. However, as now, the wealthy and successful lived in style. Moneylending was an ideal profession for women. It was clean and largely urban — no heavy lifting required! Moreover, it was flexible. One could conduct business at home, or could travel if she wished. One could, if necessary, even conduct business with a child sleeping in the other room. And although holding and transporting large amounts of coin could be risky, protection was easily available for hire. While many women moneylenders contented themselves with making small loans to gentile householders and small businesses, a few entered the big-time, lending to lords and princes and financing military campaigns and the political machinations of the kingdom. The scope of Licoricia’s business was truly exceptional. When King Henry III was building Westminster Abbey and solicited donations from wealthy Jews, Licoricia’s personal contribution amounted to over 1.5% of the massive sum collected. Her four sons followed in her footsteps, becoming financiers and appearing often in the King’s tax rolls as “son of Licoricia,” a testament to her fame and stature.

The Winchester site proposed to have been Licoricia’s residence features a large garden and orchard. Recent excavations of some 11th and 12th century London and Bristol England homes of wealthy Jews of this period revealed finely-crafted stone mikvehs. Perhaps Licoricia had access to such a luxury for herself. In any case, she would have resided in comfort, in a large, urban stone house, with Christian and Jewish servants and plenty of hired security. Like other Anglo-Jews, she would have spoken Norman French, conducted business in Latin, and been able to read and write some Hebrew. Female entrepreneurs like Licoricia were the original frequent travelers — she maintained a large network of clients and contacts spread over Southwestern England and traveled often lodging in local synagogues or the homes of clients.

Pre-modern Jewish women are typically depicted as quietly cooking and rearing children, embodying the ideal of tsniut — something protected, modest, or hidden — while their husbands studied Torah, hashed out Jewish law, and took care of business. However, the tax rolls of 12th and 13th century England, featuring the dealings of Licoricia and about a dozen other prominent women moneylenders, stand in stark contrast to this wholesome but undimensional image. They paint a very different picture, one much more in line with what we know of modern high-achieving and independent Jewish women—think of Sheryl Sandberg, Gloria Steinem, Estee Lauder, Joan Rivers, Ruth Bader Ginsburg, Lillian Vernon and so many others. Even before the twentieth century, remember Gluckel of Hamelin, the 17th century German woman who left an astounding archive of over 70 notebooks, written in Yiddish, chronicling her thriving business and the challenges of rearing her children as a single parent.

Alas, Licoricia’s personal wealth and influence could not assure her safety. Jews were always vulnerable to attack and persecution in medieval Europe, and sometimes being high visibility increased the risk. In 1277 she was found murdered, along with her favorite maid, a young Christian woman, in a home invasion/robbery. Despite her sadly violent end, Licoricia embodied the same winning qualities that continue to propel the movers and shakers of today.

Hillary Waterman, Ph.D. is an anthropologist and science writer including Discover Magazine, Babel the language magazine and the New York Times blog, Motherlode. She recently wrote about about Licoricia for .

Licoricia of Winchester’s Guide to Having It All