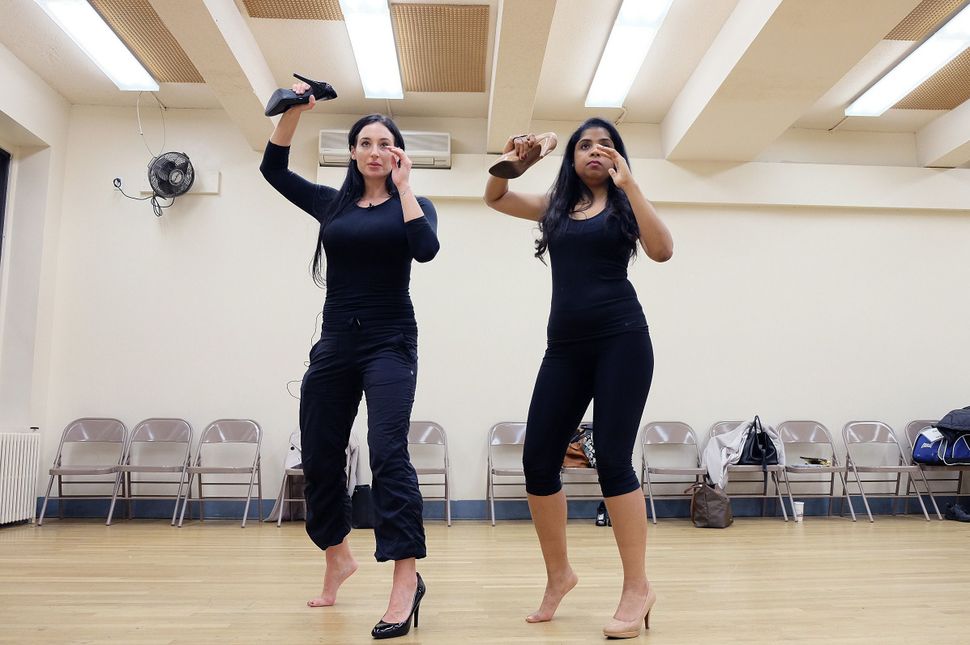 RapeCulture is more than just a hashtag — it’s something women cannot avoid, no matter where they live or whom they partner with. One-in-three women will experience a physical or sexual assault in her lifetime — by strangers on the street or from their own spouses or family members.

Even the rare woman who has not been sexually assaulted at some stage of her life lives in fear that it will happen one day. We armor ourselves against it unconsciously when we go on first dates, when we walk down the street at night, and when we’re trolled and threatened online.

Avital Zeisler wants to change that. She’s a 26-year-old rape survivor who has turned her own survival narrative into a business dedicated to eradicating rape and sexual assault, one woman at a time.

Avital is striking — with a sprinkling of freckles over her nose and a cascade of wavy chestnut hair down her back. Even though she’s a powerhouse of deadly force and can take you down in a nanosecond, she comes across as pure girl next door. When I interviewed her in a West Village restaurant in mid-December, I felt like I was hanging out with an old friend, trading yiddishisms amidst the horrific account of her rape and her consequent rise in the years since.

A trained ballerina and skilled athlete raised in Toronto, she had a happy childhood with a gaggle of siblings and an almost naive assumption of safety. Her Israeli father suggested she study Krav Maga, the self-defense modality of the IDF, when she was a teenager. She did so, but rather unenthusiastically at first — she was just doing what she was told to do, as the nice Jewish girl she was. 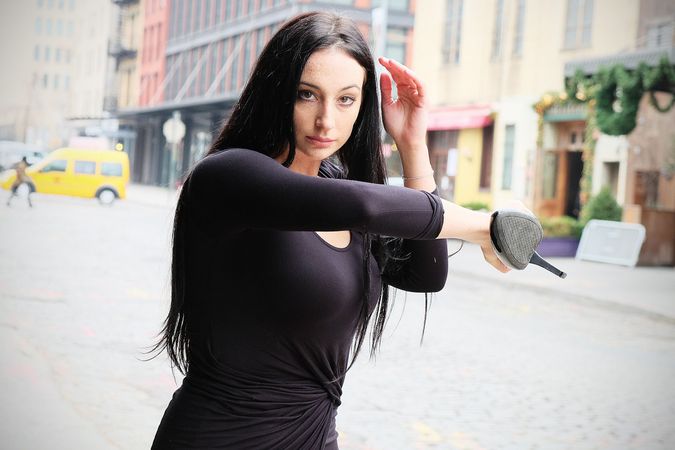 In college, she met her first boyfriend, who brutally assaulted and raped her at home one evening. She trusted this man, and even as it was happening — as he held her head over the toilet bowl, threatening to drown her, she couldn’t believe it was real. (She tells this story in her book, Weapons of Fitness: The Women’s Ultimate Guide to Fitness, Self-Defense, and Empowerment, Avery Publishing, 2015)

Avital’s sense of safety in the world was instantly smashed to bits. She pursued the typical things one does after a rape — an order of protection, counseling, dealing with the Victim’s Service Agency. But nothing stopped the flashbacks and the fear — the trauma would last for years.

Avital knew that she would not be herself again until she felt safe in her body, so she experimented with a variety of martial arts. Eventually she landed back on what she already knew. Krav Maga was ideal — it felt intuitive, practical, and best suited for her frame. In class one day she realized that being a woman was an advantage in self-defense scenarios — not a weakness. Despite this, and after years of training, winning competitions, and shattering the shin of an IDF soldier while sparring in a Krav Maga instructor course, something was still missing.

After moving to New York City to work as a hand-to-hand combat consultant, she hit a low point — she felt as if all the training had come to nothing. Avital could spin on a dime and instantly dispatch any attacker on the street — yet she was still on emotional autopilot. Even though she was ostensibly safe, she was unhappy and afraid. While teaching one day it dawned on her: what she lacked was a through-line between mind and body.

The Soteria Method was born the moment Avital decided that feeling physically safe was not enough — she also needed a rich and meaningful inner life. This too had been shattered by her rape, so she started to rebuild it. She began to study the neuroscience of fear, realizing that cognitive training was essential to a fully realized self-defense protocol.

The Soteria Method is an integrated mind/body system that trains women in hand-to-hand combat techniques — ones that they can use on the street or at home to instantly overcome an assailant. Lately she’s been training her students to fight while wearing high heels – and how to use those heels as weapons.

But more than that, The Soteria Method teaches situational awareness without making women paranoid all the time — it empowers them to feel safe and secure enough to enjoy their lives, knowing that they can swiftly dispatch any attacker.

According to Avital, The Soteria Method teaches women how to protect their dreams — not just their bodies. In addition to giving women an intense workout and suite of self-defense skills, classes focus on body image and feminism. This fitness routine is taking off in cities across the country — with instructors lining up to get certified. It’s also caught fire with the likes of Amanda Seyfried, Kerri Russell, and Megan Boone.

Avital’s practical approach is an excellent, real-world corollary to the discussions about toxic masculinity currently happening online. It may take years to get men to do the inner work necessary to eradicate rape culture. If we can’t expect that to happen anytime soon, The Soteria Method can at least keep us safe in the meantime.