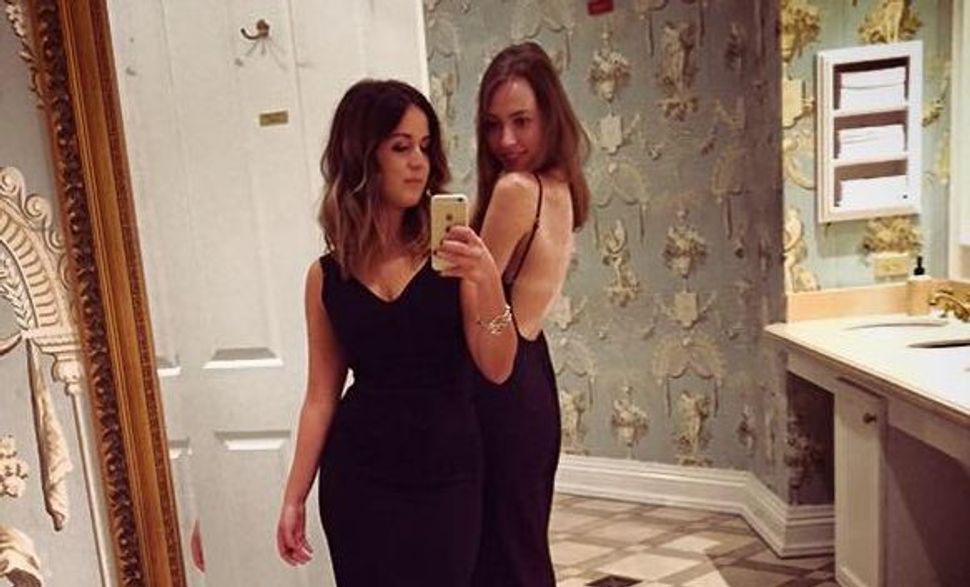 Robyn Gedrich, front, was booted from Tinder for campaigning on the site for Bernie Sanders, which the dating site says is a violation of its rules.

Stumping for Democratic presidential candidate Bernie Sanders on Tinder is getting some women banned from the online dating app after sending campaign messages to prospective matches.

Two women — one from Iowa and the other from New Jersey — confirmed to Reuters on Friday that they received notices from Tinder in the previous 24 hours that their accounts were locked because they had been reported too many times for peppering men on the site with messages promoting Sanders’ candidacy.

Robyn Gedrich, 23, said she sent messages to 60 people a day for the past two weeks trying to convince them to support the U.S. senator from Vermont in his race for the Democratic nomination against former Secretary of State Hillary Clinton.

“Do you feel the bern?” her message to other Tinder users read, parroting a Sanders campaign slogan. “Please text WORK to 82623 for me. Thanks.”

Gedrich, an assistant store manager at retailer Elie Tahari who lives in Brick, New Jersey, said a text would prompt people to start receiving updates from the Sanders campaign, as well as a link where they could sign up and volunteer. She has been unable to sign back into Tinder since logging off on Thursday. 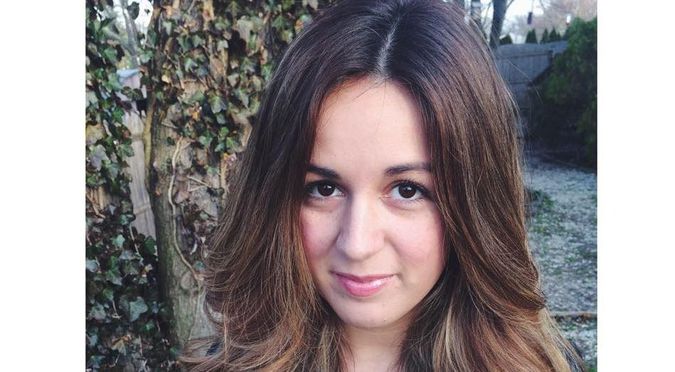 Robyn Gedrich did more that seek hook-ups on Tinder. She urged potential dates to #FeeltheBern.

Haley Lent, 22, a photographer from Cedar Rapids, Iowa, told Reuters in a Twitter message that she also got locked out of the app on Thursday night after sending messages trying to convince people to vote for Sanders the previous night.

Lent, who is married, said she talked to 50 to 100 people on the app. She had even bought a Tinder premium membership, which allows users to change their location, for a month so that she could reach people in New Hampshire and promote Sanders.

“I would ask them if they were going to vote in their upcoming primaries,” she said. “If they said no or were on the fence, I would try to talk to them and persuade them to vote.”

A spokeswoman for Tinder, which is part of Match Group Inc, owned by IAC/InterActiveCorp, did not respond immediately to a request for comment.

The two women are the not only ones making unusual use of Tinder, better known as a “hook-up” app, as a campaign tool. A Facebook group “Bernie Sanders Dank Tinder Convos” has 782 members.

On Yahoo’s Tumblr microblogging site, a thread titled “Tinder Campaigning, The adventures of a perpetual right-swiper in the efforts of electing Bernie Sanders” has dozens of conversations referencing Sanders pulled from Tinder. “Swiping right” is a colloquial reference to approving of a potential match on Tinder.

Gedrich said she got mixed responses from the 300 Tinder users who replied. “Some people would ask what is this for, and I would kind of explain,” she said. “Some of them would unmatch me or report me as a bot.” A bot (or robot) account is a scam profile used to send spam messages.

Some responses simply read, “Trump2016,” expressing support for Republican candidate Donald Trump, the real estate tycoon. “It was really alarming to see that a lot of people don’t know what’s going on in the world,” she said.

None of her matches resulted in an actual date, she said.—Reuters