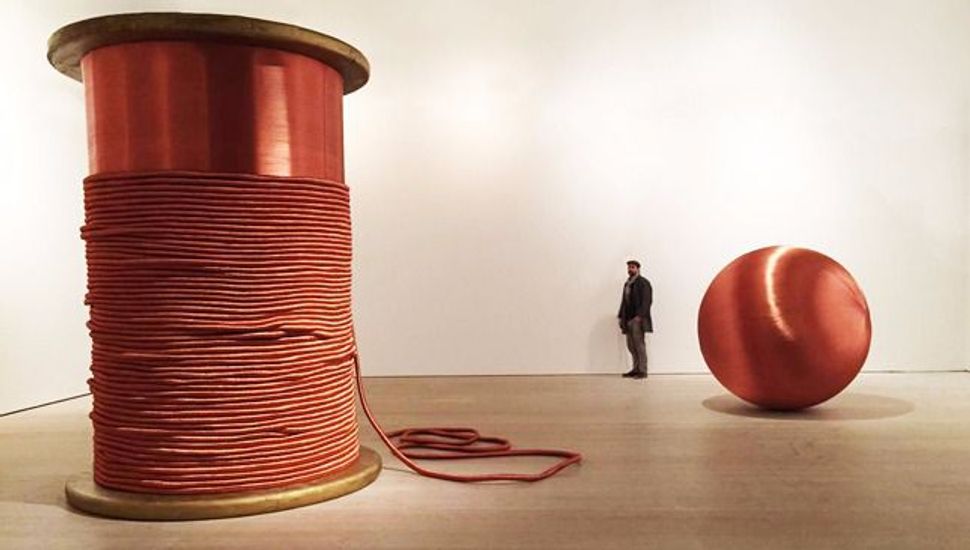 Last week, Guardian art critic, Adrien Searle, penned a searing critique of “Champagne Life,” the current exhibit up at Saatchi Gallery in London. In his opening remark about this high-stake all-female art show he wrote: “It’s hard to see the point of this flat, gimmicky exhibition that lumps together 14 women artists, but declines a deeper discussion into gender.”

I can’t help but fume at the quiet sexisms that undercut the basis of his critique. It is difficult to imagine Searle, or any other critic for that matter, walking away from a mediocre all-male show with the condemnation that the “show asks us to do nothing more than ‘celebrate’ some very different artists” while criticizing the curation as “weak” because the lack “of discussion of gender.”

Alas, yet another example of the privilege of occupying the neutral space in society, reserved exclusively for the (white, heterosexual, normative) male. Where creative autonomy is a given: freedom to make work about anything you damn please, without having to legitimize it by referencing your life experience.

When Searle draws our attention to the lack of a “deeper discussion into gender,” essentially, he is asking: “What’s the point of having this all-female exhibition?” To which I respond, in an equally biting tone: Cultural survival.

The typical arguments about all-female art shows (or, any kind of “affirmative action” project) go something like this: is it progressive and liberating to create these spaces of opportunity for a historically oppressed group of people or does it ghettoize them, and end up doing exactly the opposite of its intention: confining an artistic work to the particulars of the body that created it?

This central tension, between support and limitation, lies at the base of every form of identity politics. This is because group identification is both supportive and limiting. That’s why it is important to let identity breathe, and see these moments of coming together as a response to a common oppressor, rather than a claim about an essential sameness.

The folks over at Saatchi were clear to distinguish “Champagne Life” as an exhibit of art made by women, rather than as a “women’s art exhibition” — which belies more than a mere semantic difference. The grouping in the former case occurs along an axis of space creation: making room in a male-dominated art world for individual voices who have experienced similar marginalization and lack of access. It stakes no claim to the universality of the woman’s voice nor does it bear any claim on what kinds of art will be produced or why.

This is an all-female show at its strongest: utilizing strategic essentialism as a tool for attaining the support to make work and the space to show it. Shows at places like Saatchi Gallery happen, primarily, for one reason: to attract art collectors and investors. Making space within the world of art wealth for work by women is an important piece of the equality project that we all seek. While I do wish that the curator of the show could have pushed themselves further and created a stronger thematic consistency outside of the contour of “art by women” — I’m still appreciative of the space that is being claimed. And it is historic: Saatchi Gallery has never had an all-female show.

Sometimes it is important to scrap the nuance and be overt. When poet Eileen Myles told the New York Times last week that men should stop writing books for the next 100 years, she was speaking metaphorically. She was being extreme as a form of provocation, riling feathers as a way of pushing into the privilege and patriarchy of male culture-makers. To remind men of their suffocating history of authorship.

It’s important for women to be reminded of our history, as well: that we weren’t allowed to make art for a very long time. And of our present: according to the National Museum of Women in the Arts, only five percent of art currently on display in U.S. museums was made by women. Only 4% of the work shown in the Metropolitan Museum’s contemporary section is female made. While 80% of those that graduate with a Bachelors in Fine Arts are female, only 30% of those represented by galleries in the U.S. are female. The numbers make it very clear that women artists are not receiving the same kind of institutional support or legitimacy that male artists are. Not to mention how much more drastic the inequity becomes as you scale down in privilege, to artists of color, trans and queer folks, non-English speakers and disabled people.

Our culture is a boys club, and we have the numbers to prove it. Of the 100 top-grossing films made in 2014, 98 were directed by men. Over 75% of the bands that played at music festivals in the summer of 2015 were all-male, with another 10% having a man in them. Over 60% of books that are reviewed in top literary journals are male-authored (an inequity that gets more extreme the more prestigious the publication: 89% of the books that received attention by The New York Review in 2011 were written by men). And, women in the art world earn at least 10% less than their male contemporaries at every stage of their career.

Or, you can say it this way: on average, men are deemed more valuable, interesting, insightful, and artistic then their female counterparts.

In a culture that is openly hostile to me and my artistic pursuits because of my gender, knowing that there are safe spaces being created that actively encourage my participation is one of the only things that provides me the courage I need to continue trying. These spaces are a reaction against, and into, a politic that has denied, and continues to deny, access through a slew of religious, legal, political, and psychological norms. But it is equally as important to remember that they are merely one step along this long journey we are calling equality, and by no means an end in and of themselves. In fact, if we never move past them, I can confidently say that we will have failed. It is undeniable that all-female shows harm while they help, limit while they liberate. This is why it is vital to delineate between “art by women” and “women’s art.” The former creates a space for oppressed voices, the latter stakes a claim of essential sameness, “ghettozing” female artists into a kind of second-rate box.

Given that we find ourselves so deeply entrenched within this sexist cultural milieu, what can we do, as women, to take up some more space? To carve room for voices that our world was not built to hear?

We can start by asking better questions.

Last year, I worked on an interview project for The Sisterhood that talked to a variety of female artists, in an attempt to learn more about their individual art projects and their experiences as women in a male-dominated art space. I wanted to dig deeper: what was it that was causing women to drop out from the art world in such staggering numbers?

This is why successful women get so pissed off when you ask them about being women: much of the struggle of being a woman, of being a minority deemed inferior, is to fight for your right to be heard and seen as neutral. The endless discussion of woman-this and woman-that reverberates with the real, deeper, sentiment of okay, woman, prove to me why you’re allowed to be here. In this way, our right to speak is constantly being questioned — a disparity that is reflected and reinforced by the way we are not treating men who are artists (who, by the way, just get to call themselves artists).

Culture is a fight for the pen. For hundreds of years, it has been the same group of people with the same privileges and mindsets and struggles and entitlements and eases that have been writing the story, that have been telling us how to read ourselves. If the only stories and ideas that we have access to are all created by this same sect of people, then nothing will change. Progress will not happen. What is attempted by these all-female spaces is a gesture towards re-framing and re-claiming— who gets to write culture, who gets to contribute to art.

Recently, #52FilmsByWomen, a viral online movement, urged people to commit to watching one movie by a woman per week, with the enjoyable call-to-action of, “Tired of old white dudes? Make the pledge.” What I like about this movement is that it shifts our focus into the space being pushed into, rather than championing any kind of a priori quality about the space being made. By watching these movies made by women, you are invited to actively support a cultural shift of authorship and consumption. To make space for the voices that our cultural institutions deny legitimacy and support.

So let’s stop getting mad at women for trying to take up space, and start holding men accountable for the space that they take up. It is time to allow and insist that men face their gendered experiences in the same way we demand that from women.

The fact that men can make work that is immersed in their maleness and their subjectivity in a material existence, but we allow them to leave out the word ‘masculine’ when they describe themselves or the context from which their ideas spring — to me, is one of the largest obstacles to true parity. Work made by women, as Searle’s review in the Guardian highlights, is always seen as inextricably anchored in their experience as a female in the world, in that thing that makes them different. Perhaps that is the larger issue: that what we call difference is merely that which is not white, heterosexual male.

You may see my call for naming maleness as an action that will only further “genderize” the art world — but it’s time to take seriously the reality that this is already happening. The art world is gendered, and by not acknowledging it, by not naming the discrepancies in every way that we can, we continue to perpetuate the sweet, but violent, gender-blind sexism that we call culture in 2016.