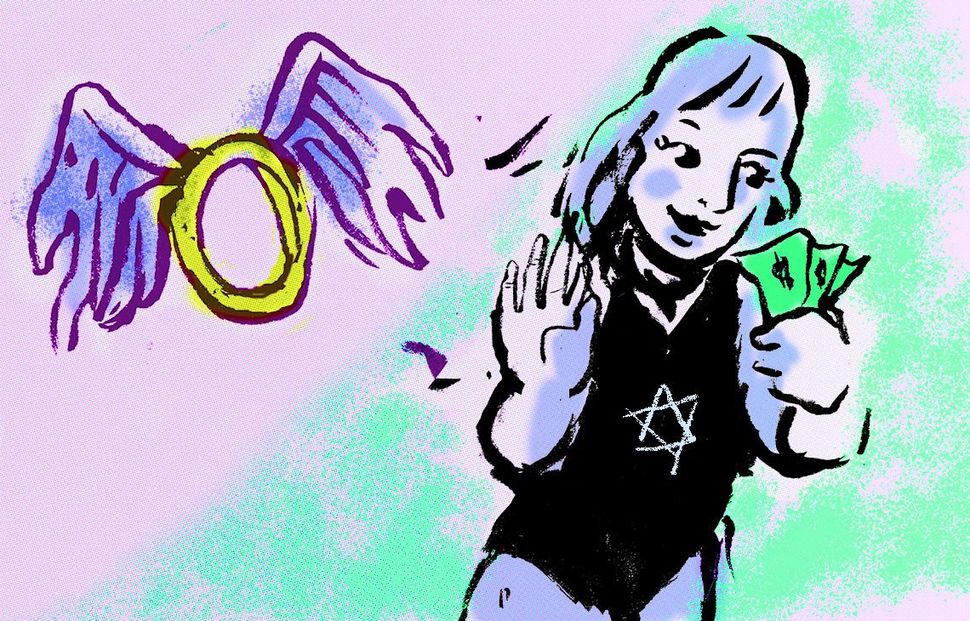 In many circles of the Jewish community, this is the cry. Woe to the single women—those who are single by choice and those who are still hoping to get married; those who are divorced, those who are widowed, those who were never partnered—and the children they could be having but aren’t. In demographic studies, we are told over and over that Jewish women are marrying later, if at all, and having fewer and fewer children. The shrinking numbers of the non-ultra Orthodox Jewish community is put on the shoulders of these single ladies.

This week, New York magazine’s is about America’s single women, who now outnumber their married counterparts for the first time in history. The article, by Rebecca Traister, focuses primarily on the economic advantages for women who remain unmarried. (One particularly staggering statistic—a college educated woman who delays marriage until her 30s will earn an average of $18,000 a year more than an equivalently educated woman who marries in her 20s.) Whereas men who marry and have children tend to advance faster and earn more in their careers than their single counterparts, the inverse is true for women. For women who want to get ahead professionally, it seems like the best career move that many of them can make is remaining single, especially if they remain childless as well.

Of course, people marry for many reasons, most of which are not based on economics. And if you polled a collection of single women, it seems likely that a plurality of them hope to find a partner at some point, even if that is not their priority. However, as Traister’s article points out, the American system marginalizes women with husbands and children and punishes them financially, and disproportionately. In light of this reality, taking an alternative path has become increasingly appealing to today’s independent and self-assured women, especially as singlehood becomes more common and less taboo.

The Jewish community, too, suffers from this problem, albeit from a slightly different angle. Overall, American Jewish women, like many of their non-Jewish counterparts, are highly educated, highly accomplished—and (relatively speaking) highly likely to be single into their 30s and 40s. (This is especially true in the non-Orthodox world.) Although they continue to invest in their Jewish communities, those communities are less effective than ever at pairing singles off. Instead, many studies have shown that increased participation for women in Jewish life often leads to diminished male involvement (as if that were a reason to disempower women.) And meanwhile, women in more traditional Jewish communities who do not marry often feel marginalized by those communities, as they fail to fit into the idealized model of the conventional Jewish nuclear family.

So what should we do about these single ladies? (Disclaimer: I am among them.) A suggestion: stop defining them by their relationship status, and instead use them for their expertise.

In fact, one of the most striking things about the New York article was that it was not a lament about women and their singleness. The point was not, “Women should get married or else society will fall apart,” nor was it, “All of these women are just sitting around until a man comes to rescue them.” Instead, it highlighted the many opportunities that women have in a variety of arenas when they don’t feel bound by traditional gender roles and expectations. Women are increasingly choosing to put their careers first to become powerbrokers and change makers in the world. This is just as true in the Jewish community as it is outside of it. So how can we extend those ideas to benefit our communities?

Women who are powerful and successful at work have the ability to bring their tools to their Jewish communities as well. They can be our communal powerhouses, bringing their skills of negotiation, relationship building, fundraising and marketing to our synagogues, community centers and non-profits, both as professionals and as lay leaders. However, if they are going to want to invest in us, we need to change our vision to make space for them. Rather than counting success through marriages and babies, we must expand our definitions to include promotions, career transitions, and the building of families by choice. If we can shift our mindset away from women’s ring fingers and uteruses and towards their hearts and minds — my goodness, what we might be able to create.

Because we need to remember — single women will be a rich resource, as long as we do not treat them as a problem that needs to be solved. It’s a choice we make. Either we see them as the individuals they are, ready to contribute, or we see only the lack of a ring on their finger, and they will leave. As Traister writes, “If the country is to flourish, we must make room for free women, and let go of the economic and social systems built around the presumption that no woman really counts unless she is married.” This is not an act of kindness or generosity we offer to these women, this is an investment in the future well being our community as a whole.