Video Voyeurism Is a Crime—Let’s Treat It Like One 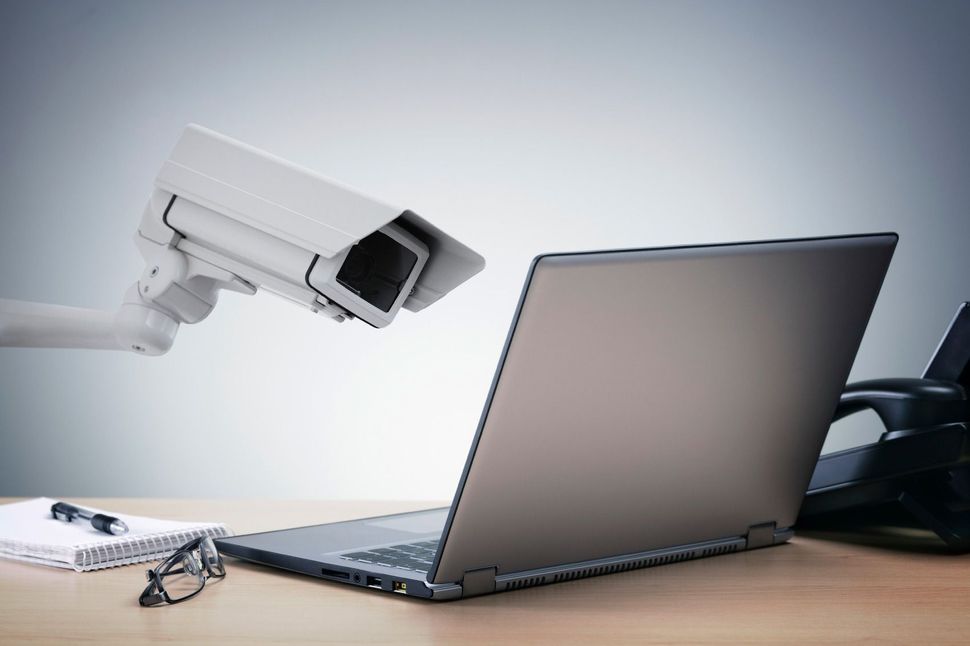 A few months ago, a fifteen-year-old girl named Lee was taking a shower, she thought alone. When she went to school the next day and found her classmates laughing at her, she learned that a boy in her school in Beersheba had installed a camera in the stall. Now, thanks to Whatsapp, her naked body was on everyone’s phone. She was mortified. Although the school expelled the boy and her family filed charges, the boy was returned shortly thereafter, following a debate of the Education Committee of the Knesset. And to add salt to her wounds, last week, the Israel police announced that they are closing the case. “The situation does not warrant a criminal investigation,” they told Lee’s parents. Although Lee’s lawyer says the family plans to appeal since “the boy’s actions are clearly against the law,” for Lee it is almost irrelevant. She has not returned to school.

The story, which barely made any headlines in Israel or elsewhere, is part of a phenomenon known as “video voyeurism”, a psychopathic set of behaviors the impact of which has multiplied a result of technological advances. What was once a problem of so-called “peeping toms” hiding in bushes is now a worldwide epidemic of men who use microscopic video cameras and both the regular and “dark” internet to shame victims for perpetuity. Victims can have their intimate photos or videos taken and shared with the entire world without their knowledge.

Imagine going to a job interview or on a date, only to discover that the first thing Google has shown the person sitting across from you is a photo of you naked. There is a shame in this experience that, according to experts in sexual assault, can be even worse than rape. As sportscaster Erin Andrews said this week about her own experience of falling victim to video voyeurism, “Oh my God ….. I was naked all over the Internet”. She says that every single day, either I get a tweet or somebody makes a comment in the paper or somebody sends me a still of the video to my Twitter or someone screams it at me in the stands and I’m right back to this…I feel so embarrassed and I am so ashamed.” Even with the perpetrator in prison for stalking, the impact on the victim will never be erased because, well, the internet. It is like being forced to walk around in public naked every single day.

Take for example the story of Amanda Todd, the Canadian girl who fell victim to an online pedophile. As most 12-year-olds, she enjoyed hanging out with her friends, listening to music and playing on the internet. Then one day, she was approached online by a man who posed as a friendly peer, and they began communicating. Before long, he was seducing her, and convincing her to take videos of herself topless. She made the videos, and sent them to him, and he in turn spread them all over the Internet. She was mortified, and switched schools. But there was no stopping the spread of these videos. The man found her in her new school, posed again as a student, and before long her new friends had all seen pictures of her naked. She switched schools again, and it happened again. She felt violated, as if the whole world was in her bedroom with her watching her undress. There was not a safe space in the entire universe where she could go back to her old self. In April 2014, a month before her 16th birthday, Amanda committed suicide. There was nowhere in the world for her to feel safe.

In Israel alone, at least twenty girls attempted suicide as a direct result of video voyeurism. But collecting real data about these traumas is challenging when the trauma itself understood and documented as a phenomenon. This is a strange story of sexual assault from a distance. Amanda Todd never met her attacker, he was never in the same room as her, and he never touched her. And yet, her experience is that of being sexually assaulted, with all the shame that such an experience elicits.

The Orthodox Jewish world now knows a little bit about video voyeurism thanks to Barry Freundel, who is serving a jail sentence for 52 counts of stalking via video. But even with Freundel’s notoriety, this phenomenon is still only barely understood in terms of its impact on victims.

Video voyeurism is in fact part of a category of sexual assault that although least understood is not necessarily the least damaging – and that is non-contact sexual assault. Non-contact sexual assault can involve body commentary, verbal harassment, gaze, sharing photos, stalking, or creating a culture where rape jokes are considered funny. Often these attacks are seen as kind of victimless. After all, if there is no touching, the thinking goes, what is the problem?

Consider the reactions to reports that Rabbi Jonathan Rosenblatt took boys into the sauna. “Nothing happened,” was a typical reaction, including among his congregants who, until last week, had been mostly defending him. The typical thinking is that if there is no touch involved, it can’t possibly be sexual assault. What was the trauma? What was the damage?

We can look to Freundel’s victims to assess the damage from non-contact video voyeurism. According to the victim testimony documented in the prosecutor’s brief, the trauma is all too real: feelings of vulnerability, violation, invasion, distrust, shame, guilt, self-blame, sexual shame and body shame are some of the issues that repeated themselves. Also prevalent were nightmares, depression, feelings of being watched, the belief that whole world has seen you naked, and the sense that there is nobody to trust. One of Freundel’s victim, who was breastfeeding at the trial, said, “What difference does it make if I breastfeed in public? Everyone has seen me naked already.” Another woman talked about how she is too traumatized to be intimate with her husband: “Every time I go [to the mikvah], I think about what has passed and the violation he committed…I hate it. I try to ignore my feelings and just push through to get it done, which, of course, makes it difficult to emotionally and spiritually connect with God through this holy.” “I feel tainted and dirty by what Rabbi Freundel did,” one woman said. Another said he “turned her life upside down.” Another said that she avoids looking at pictures of her wedding because Freundel officiated at it. “We were at our most holy and our most naked. And he was watching it all,” another said. “He not only violated our personal privacy, and that of our friends, but he also trampled on the very sanctity he so strenuously admonished us to observe. The hypocrisy is deafening.”

At the core of the trauma is the violation of trust. “We trusted him. We trusted him as our leader, our sage, our moral instructor,” one victim said. Another woman described how, “Women like myself blindly followed his instructions for fear of seeming insincere. His manipulation was pre-meditated and calculating. Another wrote the following note: “I WAS VIOLATED. THAT WILL NEVER CHANGE. THERE IS NO ERASER. THERE IS NO SILVER LINING. MY RABBI IS A PERVERT. HE SAW ME NAKED WITHOUT MY PERMISSION.”

It is impossible to read or listen to these testimonies and deny the real trauma that these women are grappling with. And yet, that is exactly what still happens. Following the sentencing – he got six and a half years on 52 counts of voyeurism – I was invited onto a radio program facilitated by an Orthodox rabbi in Israel, to discuss the validity of the sentencing. “But it wasn’t rape?!” the rabbi persisted in demanding of my co-panelists and me. One after another we said the same things: that he only got four months per victim, that the maximum sentence would have been one year per victim, and that even though “it wasn’t rape” it is still traumatic. The facilitator was not convinced, and no matter what we said, he kept repeating, “But it wasn’t rape.” As if to say, what’s the big deal? Nothing really happened.

I would like to give this kind of trauma, of non-contact sexual abuse, a proper name and a place in the public consciousness. As Audre Lourde says, you need to name the thing in order to fully understand it and fight it. I have been conducting research on this issue over the past year, and I am still doing interviews about it. I invite you (perhaps inspired by “Spotlight”), to help me with this task. Help me shed light on this painful phenomenon.

To participate in my research, contact me at [email protected]

Video Voyeurism Is a Crime—Let’s Treat It Like One