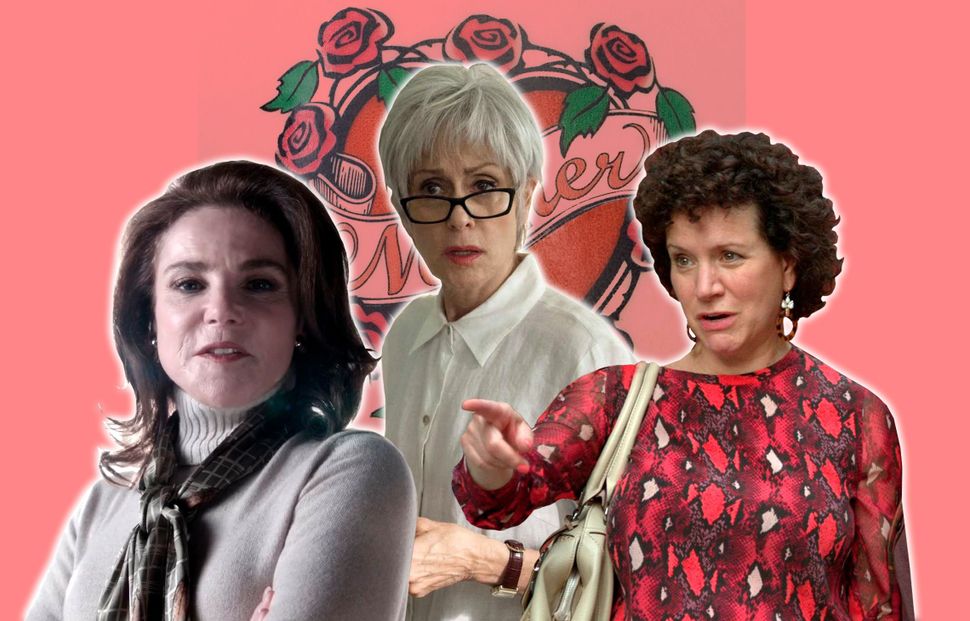 Is there a television stock character more recognizable than the Jewish Mother? From Molly Goldberg and Ida Morgenstern to the more coded matrons of the popular Jewish-ish ’90s sitcoms, these mothers were interfering, loud, obsessive women who carried smothering affection in their zaftig frames, imbuing their children with guilt and insecurity in equal measure. They also signify the old guard of the paradigm: hardy/hearty, conservative matriarchs who wield strict control over their husband and brood.

In 2016, however, television is now fertile ground for a different kind of Jewish mother, a contemporary baby boomer reborn from second-wave feminism and privileged, Me Generation self-indulgence. And no three actors embody this Jewish Mother 3.0 than Transparent’s Judith Light, Crazy Ex-Girlfriend’s Tovah Feldshuh, and Broad City’s Susie Essman.

These three women represent a spectrum of Jewish motherhood, ranging from hypercritical (Feldshuh’s bitter Naomi Bunch) to passive-aggressive (Light’s calculating Shelly Pfefferman), to codependent (Essman’s ballbuster Bobbi Wexler). But these series share two distinct commonalities: They’re each explicitly Jewish and unapologetically feminist, presenting young women not just as pristine objects (or conniving harridans), but flesh-and-blood beings conscious of and engaged in how their bodies may be pleasured, provoked or peered at. Refreshingly, the mothers on these shows are no different, and even framed as antecedents for the current messes of their children’s lives. 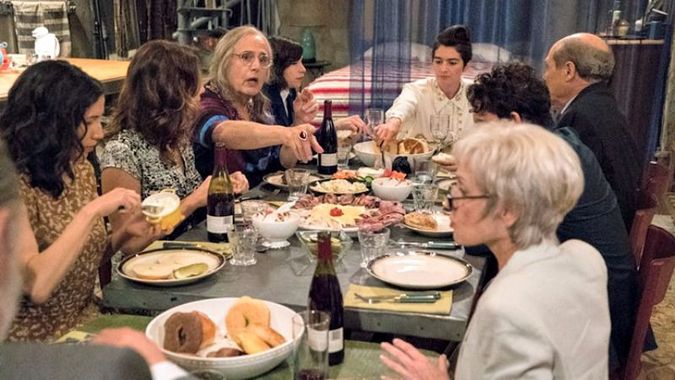 Image by Courtesy of Amazon Studios

For these boomers, narcissism begets narcissism. On Transparent, Light, in a role far from her usual patrician doyennes, plays the shrunken, niggling ex-wife of trans woman Maura (Jeffrey Tambor) and mother to three self-centered, emotionally lost adult children. On the surface, Shelly is all hunching posture and nasal, sing-sing cadence, but her vanity is so deep-seated she believes she is the alpha-and-omega of her children’s fortunes: At a Yom Kipur break-fast, upon learning of her child’s miscarriage, she bursts into a guttural wail. “I brought out the evil eye and I killed the baby!” she insists, inviting comfort while her son remains stonily silent. It is no wonder that her offspring tornado through life, myopically destroying their relationships.

Similarly, on Crazy Ex-Girlfriend, Feldshuh’s rancorous Naomi brims with self-obsession. To her horror, her only child Rebecca (Rachel Bloom), trades her high-pressure New York career for middle-of-nowhere California as part of a grift to win back her slacker high school boyfriend. Naomi douses her love like a noxious pesticide, projecting her own neediness and dissatisfaction onto Rebecca. In Feldshuh’s tour-de-force klezmer introduction “Where’s the Bathroom?” she sings, “God, I give you everything / And still you just want more-more-more-more-more!” All the attention paid to Rebecca, even though it gutted her self-esteem, created a miniature narcissist; Naomi spends all her energy shivering over her, inflating Rebecca with paradoxical arrogance. Given Naomi’s egomania, it’s no surprise Rebecca’s inherited a lack of self-awareness and empathy that allows her scheming to go unchecked. 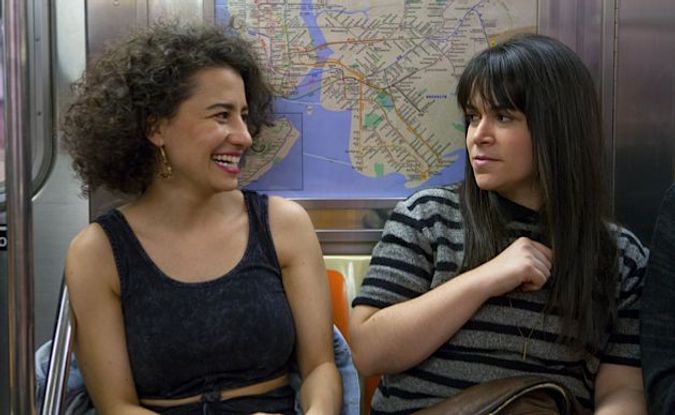 When we first meet Broad City’s Bobbi, Essman’s appearance is a surprise. Up until the moment the camera gazes upon her Marcia Clark-like perm, the more polished version of her daughter’s wild Jewfro, it was possible satyr Ilana (Ilana Glazer) emerged, full-grown, from the head of a goddess. Instead, thanks to the sitcom’s surrealism, we discover Ilana’s middle-aged clone in Essman’s endearingly foul mouth, including a mutual disdain for personal boundaries. Unlike Shelly and Naomi, she doesn’t focus her interactions on judgements, but connection. “This bitch is always late,” she and her daughter coo at one another, revealing the no-holds-barred closeness between them. They are two peas in a self-absorbed pod – after all, Ilana did fall in love with her own doppelganger in Season 2. Bobbie, on the other hand, will casually trek to Canal Street for knock-off handbags and manicures hours before her own mother’s shiva. (“Yelp said someone got staph infection in this place – it’s SO cheap now!”)

Most importantly, what sets them apart from the Jewish mothers of yesteryear is the narrational focus on their sexuality. While the trope of the Jewish mother is that she often preoccupied by the romantic misadventures of her own children (all to secure future grandbabies), Transparent, Crazy Ex-Girlfriend, and Broad City remind us that these women, each born in the 1940s or ’50s, were part of the first generation exposed to the sexual openness of women’s liberation. In the most recent season of Transparent, Light performs what may be television’s first full-blown septuagenarian orgasm in a scene where she wheedles Maura into manually stimulating her in the bathtub. Crazy Ex-Girlfriend treads a more disturbing path, characterizing divorcée Naomi as a man-eater who requires validation from her own daughter, either by coaxing her ten-year-old to admit a sexual rival is “frigid,” or years later demanding she pimp her out to an attractive law client. More directly, the perennially sex-positive Broad City veers straight into the bedroom negotiations between Bobbi and her nebbishy husband Arthur (Bob Balaban) on the subject of pegging. She implores him to keep an open mind about their sexual practices, but he’s not so sure: “Oh, I forgot about your precious ass——,” she snipes. “But MY ass—— is fair game, of course.” In the end, her guilt wins.

As it stands, Light, Feldshuh, and Essman may be the hardest-working actresses on television, having mastered the formidable task of breathing new life and energy into a trope we’ve all seen before. For Jewish audiences, their familiarity breeds both frustration and grudging adoration – they could be our mothers, constantly prodding, but never without love.