Who Is To Blame for Collapse of Kotel Prayer Deal? 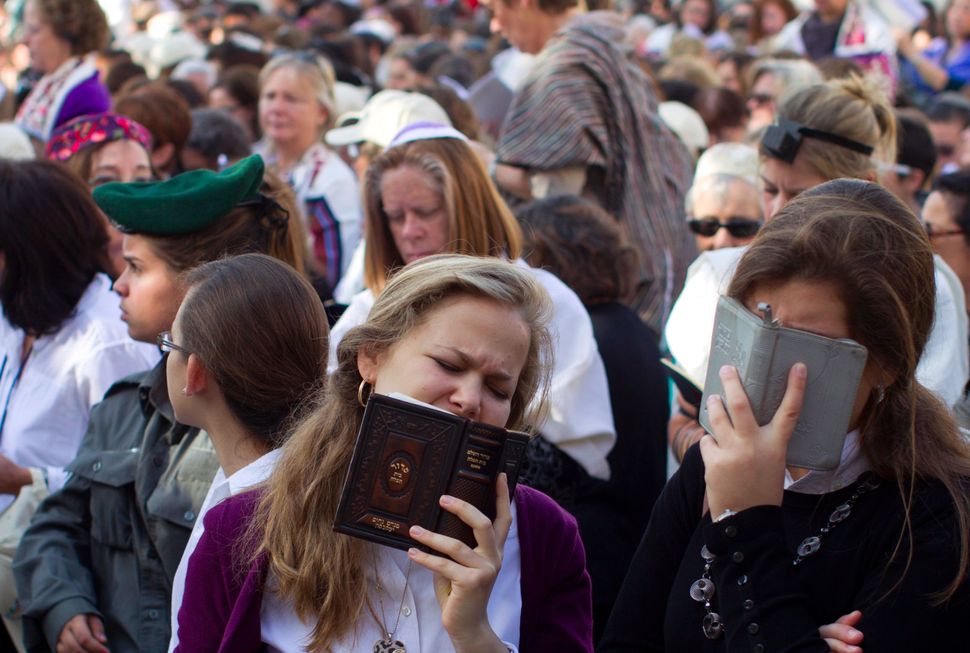 The Kotel prayer agreement appears to be going south — leaving us to ask how Israeli leaders from across the spectrum failed to deliver on an agreement that looked like a done deal.

“The deal” of course, is about the Kotel, or Western Wall, and Robinson’s Arch — and who gets to pray where and how. These have lately been renamed the “northern” and “southern” walls, respectively, even though we all know the Kotel as the Western Wall. In Israel, sacred geography gets complicated.

The deal, which secured an alternative site near the Kotel for mixed-gender prayer, was already looking iffy a week ago.

Rabbi Shmuel Rabinowitz, the rabbinical administrator of the Kotel, had been a key player in negotiating the deal for 2-1/2 years. But he suddenly did an about-face and renounced the deal.

He sent a highly publicized letter to the heads of the Haredi parties asking them to save the Jewish people from the deal, which would effectively give official recognition and public funding to the Reform and Conservative movements for egalitarian prayer at Robinson’s Arch.

Why the reversal? It’s simple: Rabinowitz and the Haredi leadership underestimated the fury it sparked on their street.

For many ultra-Orthodox Jews, legitimizing non-Orthodox movements is simply unacceptable — and now the Haredi political parties are insisting on rewriting the deal.

Prime Minister Benjamin Netanyahu offered (wink, wink), to have the Jewish Agency, rather than the Reform and Conservative movements, be at least in nominal charge of the Robinson’s Arch site. But that semantic shift has not placated the Haredi establishment.

The Reform and Masorti movements, which is aligned with the Conservative movement, say they will not renegotiate the deal. Instead, they’ll mount a Supreme Court challenge for the right of egalitarian prayer at the Kotel itself.

All of a sudden, the much=heralded deal is in danger of completely unraveling. Natan Sharansky, who trumpeted the deal as head of the Jewish Agency, warned this week that even minor semantic changes would cause the deal to collapse, since all parties spent months hammering out the exact wording.

Caught between a rock and a hard place, Netanyahu has asked his chief of staff to hold more meetings to find a resolution. His announcement about this, however, sounded forlorn.

In the meantime, I and other activists in Original Women of the Wall continue to pursue our Supreme Court case to enforce Jewish women’s legally recognized right to read Torah at the Wall.

It’s ironic, because Rabinowitz and other Haredi leaders who pushed the Robinson’s Arch compromise used our case to push the deal.

Their argument went like this: “If you don’t sign, those women are going to win their case and they will be right there, at the Kotel, for good, praying together in talit and tefilln and reading from a Torah. If, on the other hand, the deal goes through, the Kotel will would be turned officially into a Haredi synagogue—with significant financial and political benefits — and they will be banished. Hurry up and sign.”

But apparently, this argument has begun to fail to persuade the ultra-Orthodox.

So what went wrong?

It would appear that veteran, even master, politicians, have made colossal navigational errors. It’s hard to fathom why Haredi politicians expected their constituents to abide the Robinson’s Arch deal when they themselves feed their own a steady diet of contempt and hatred for non-Haredi Jews.

Netanyahu should certainly have known he couldn’t count on forcing his Haredi coalition partners to go along with the deal. Yet he too, seems to have missed the turn here.

And Women of the Wall are in a pinch, too. Given its name, the organization has already had a hard time explaining its argument for moving the site of its prayer from the Wall, and for subsuming women’s prayer by an autonomous women’s group in the cause of egalitarian prayer under movement auspices. Their loss of autonomy is painfully apparent in the failing machinations to deliver the deal for Robinson’s Arch, on which they staked their decision.

They’ve said that they will remain at the Kotel until and unless the deal goes through but this means that the Kotel and women’s prayer are negotiable. They themselves have made the Kotel appear like a booby prize.

Shulamit S. Magnus is Professor of Jewish Studies and History at Oberlin College. She is the author of four books and recipient of a National Jewish Book Award. She lives in Jerusalem and teaches at Hebrew University and Tel Aviv University.

Who Is To Blame for Collapse of Kotel Prayer Deal?