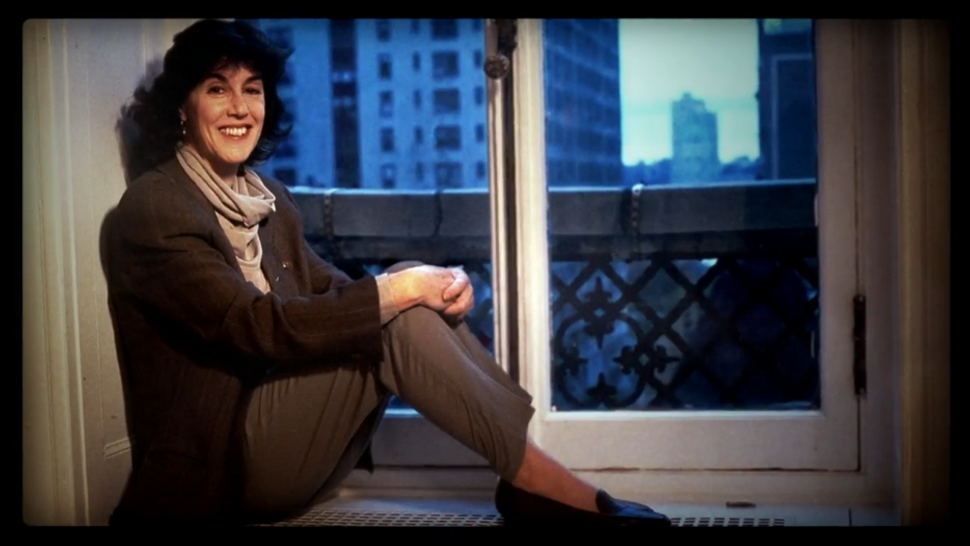 The biggest buzzword right now in the field of psychology might be “resilience” – that vague and desirable quality of being able to weather whatever crisis life throws at you and bounce back again, stronger than ever. Yet, as Jacob Bernstein argues in “Everything is Copy,” his loving but candid documentary about his cultural icon mother, Nora Ephron wasn’t just resilient: she had true grit.

Personally speaking, I’m wary of this zeitgeisty veneration of resiliency. It’s typically approached as a necessary trait, something we must instill in the generations to follow, but few ever acknowledge the dark side of being able to adapt to traumatic situations. Plasticity is vital for survival, but resilience can also inure you to pain and mute your grief. It has the ability to calcify your emotional response – and provide an illusion of control over your circumstances. This mixed blessing of a character trait may create, as the film describes Ephron, “a luminous smile and an easy way of introducing herself, but a razor in her back pocket.”

The question of survival and control, however, is very much at the heart of moving Bernstein’s work, a sentimental (but never hagiographic) tribute to his mother, the formidable Renaissance woman who passed away from leukemia in 2012. A New York City journalist who made her bones during feminism’s Second Wave, Ephron later became a bestselling novelist, a Broadway-bound playwright, and an Academy Award-nominated filmmaker who wrote such classics as “Silkwood,” “When Harry Met Sally,” and “Sleepless in Seattle” and directed even more. There are few screenwriters – let alone female screenwriters – that ever become household names. And yet, Ephron was more than just her writing: She was a force of nature, a brassy comedienne and bubbly, caustic public intellectual unafraid of skewering any person or topic that wandered into her path, including her own failed marriages, and of course, herself.

The title refers to a phrase Ephron’s own screenwriter mother would utter following any of her four daughters’ grievances: “Everything is copy.” As in, allow any fortune or misfortune to fuel your creativity. When you tell a story, even your personal tragedy, you own it; you gain control over your fate. For Ephron, (almost) everything was up for grabs.

And perhaps that is what led Bernstein to create this frank film, the beauty of which is in the delicate balance he is able to strike between intimacy and detachment while exhibiting his mother’s biography, personality, and oeuvre. Deftly weaving Ephron’s old television interviews, readings of her work, and conversations conducted with her closest friends and relatives, he fluidly crafts a narrative that depicts Ephron’s life from womb to tomb, but with thematic rather than straight chronological focus. Noticeably, he avoids providing too much information about his own relationship with her (little is said about her as a mother), instead using his time on screen to hypothesize what drove Ephron, a witty and sharp grand dame beloved by those close to her, but also described by them as “wicked,” “tough,” “opinionated,” and “hostile.”

Bernstein’s unified theory of Ephron, a woman raised by two alcoholic Hollywood writers haunted by professional decline, is that she didn’t just endure difficult circumstances – she completely tore through them. According to her longtime editor Robert Gottlieb, “She was tough. Tough is good. Nora would have done nothing had she not been ambitious and she would not have succeeded had she not been tough.” Halfway through her second pregnancy, when she discovered her beloved husband Carl Bernstein was cheating on her, she didn’t just leave him – she wrote a book about the saga. (1983’s Heartburn, which helped launch her film career.) On the surface it may be easy to commend Ephron’s bravery in serving such cold revenge, or praise her talent for telling (and owning) her story, but the younger Bernstein excavates further, revealing how her punishment affected his relationship with his father and what it meant for him at the time, a child, to become fodder for her mother’s public persona. “Writers are cannibals,” she once matter-of-factly stated.

Bernstein’s deeply personal and scrutinizing work offers a complex portrait of his caregiver while also preserving her astounding legacy. Ephron’s timeless essays and films remain in the pantheon of American discourse and art, and what distinguishes her voice is a remarkable aptitude for probing every grueling, gruesome detail of one’s experience and making it funny. For Ephron, this wasn’t just a coping mechanism but a manta for life. As Bernstein contends, “What is copy is the stuff you’ve lost. The things that have been taken from you.” This film is not just a eulogy, but his account. His mother refused to write of her illness and impending death and this is how he has chosen to own that story.