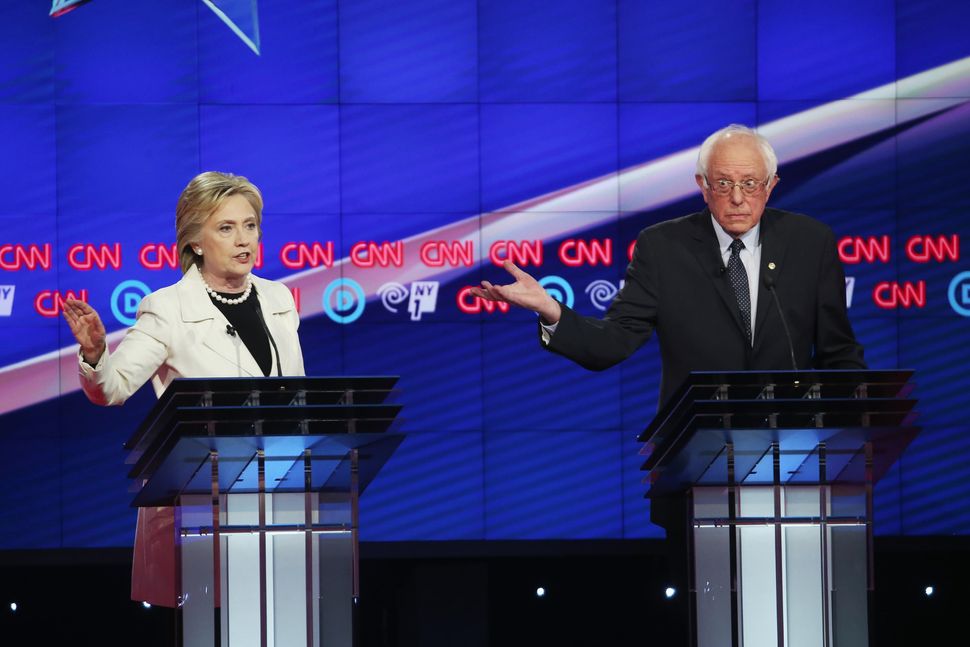 One voter finds herself conflicted over two appealing candidates. Image by Getty Images

I’m not like Ivanka Trump, who takes such pride in being a registered Independent voter who chooses her candidate based on the “person, not the party,” that she ended up not being able to vote for anyone, much less her own father, in the New York primary.

For one thing, I’m a Democrat who proudly votes my party. For another, I’m voting tomorrow in my party’s primary.

But I’ll grant that independents have a point, theoretically, that there’s social value in empowering voters to support the candidate of their choice across party lines. But in practice, it’s been a long time since I’ve considered it acceptable to lend any support to the Republican party — the one that wants to control women’s bodies — even if the odd pro-choice candidate should crop up. For me, any association with the party puts them beyond the pale.

In the past, then, voting has been a pretty simple exercise, certainly in general elections but even in the primaries. Deciding whom to vote for has never been such a struggle.

Part of it, I admit, is that I’m female and Jewish, and so have reason to connect on a primal, personal level with both candidates.

I’d love to see a woman president, but in this respect, Hillary is a bit of a disappointment. I wish our first serious female candidate for president had gotten there on her own steam. To be sure, being married to Bill Clinton had its personal downsides, but it also has lots of political advantages. And I’m not saying that she couldn’t have gotten there on her own, had her life taken a different course, just that she didn’t.

And while the thought of Bernie’s Brooklyn brogue in the White House makes me kvell, that’s not quite enough, either, to make me pull the trigger. As a leftist Jewess, I’d be ashamed to indulge my tribal instincts so nakedly.

Where Bernie is most compelling then, is as a leftist. I’m one of those cliché coastal Americans who’s always longed for a European-style welfare state and who prattles on boringly about the glories of Scandinavia. I’ve always stood further left than any viable Democratic candidate and it’s so gratifying to see one of my own actually winning primaries, and to fantasize that we could actually enjoy, say, free college education here like a civilized country.

I admit it, I revel in Bernie’s rhetoric. I love it that his online issue list includes topics like “Creating Decent Paying Jobs” and “Racial Justice.” And that feels Jewish to me, because for me being Jewish is very much about social justice, and having been slaves, and respecting the orphan and the window and the stranger. I relate to the notion of Judaism as something espoused by a cantankerous prophet — sound like anyone we know? Can’t you imagine Bernie in Biblical-style robe and sandals, staff in hand, fulminating red-faced against the powerful?

Is his vision is too good to be believed? Is hers too realistic to believe in?

I’m weary of defaulting forever to compromises and half-measures. But I don’t want to sacrifice good on the altar of perfect.

Of course, my vote won’t count for much either way, if the pollsters are to be believed: Hillary’s won it already.

But somehow that doesn’t make it easier for me to just make a decision, either.

What’s going to be? Tune in tomorrow if you need to know …