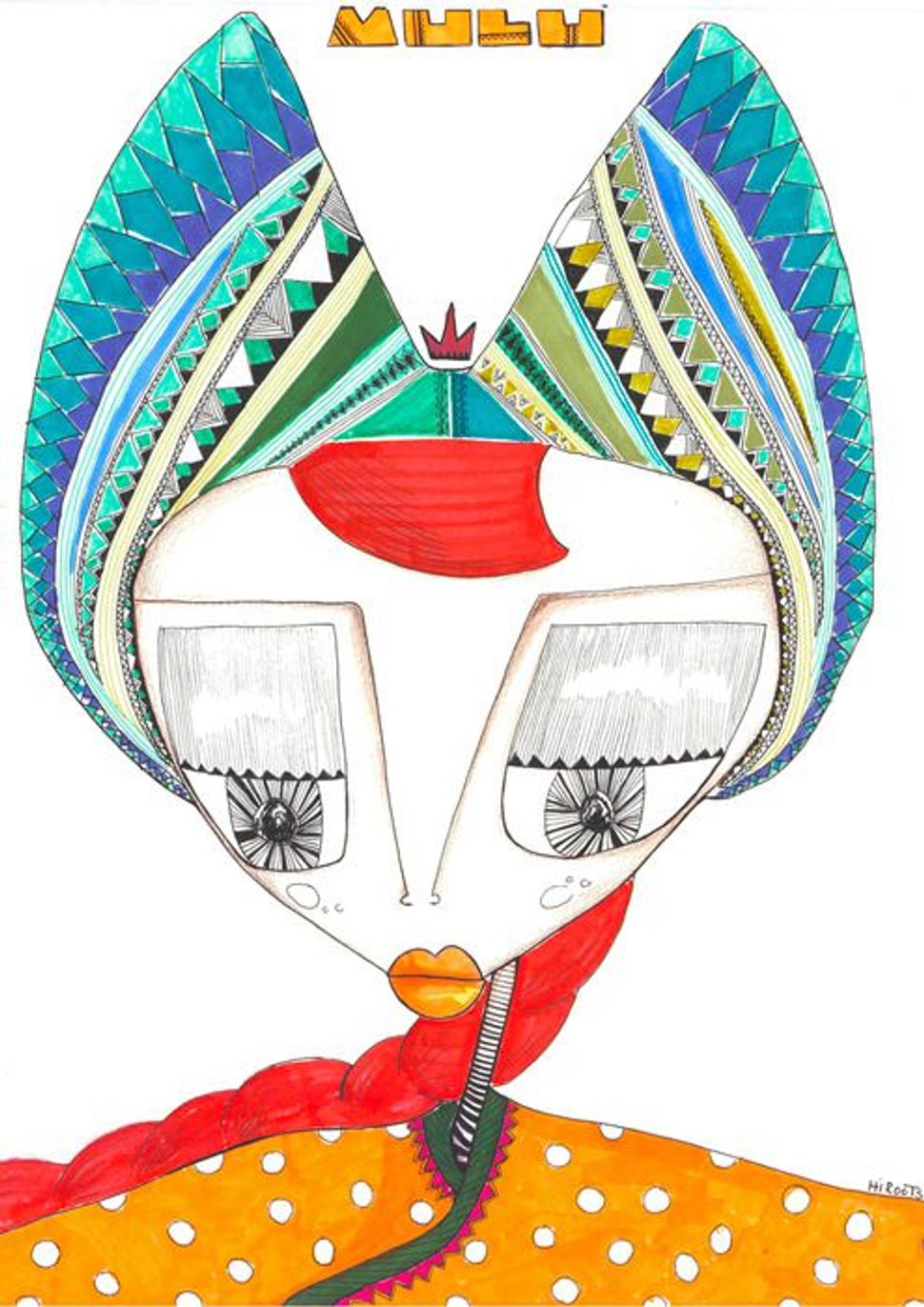 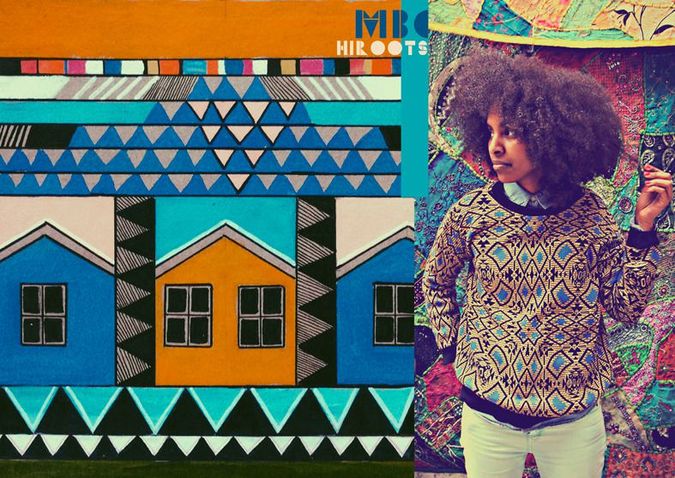 Wide-eyed superwomen mesh with history in an eye-catchinge new exhibit by an emerging Israeli artist, currently on view in Harlem.

Bold, lively, and abstract, “Mulu and the Beta Clan” by Hirut Yosef features a range of medium from collage to painting to woodworking. Some prints are intimate photographs of her family members overlaid with graphic motifs of embroidery, weaving and textile design, a homage to the most powerful and influential women in her life.

“My biggest inspiration, where everything started, is thinking about my mother and my grandmother, and how amazing and strong women they were — especially in the Jewish Ethiopian community back in Ethiopia,” Yosef said. 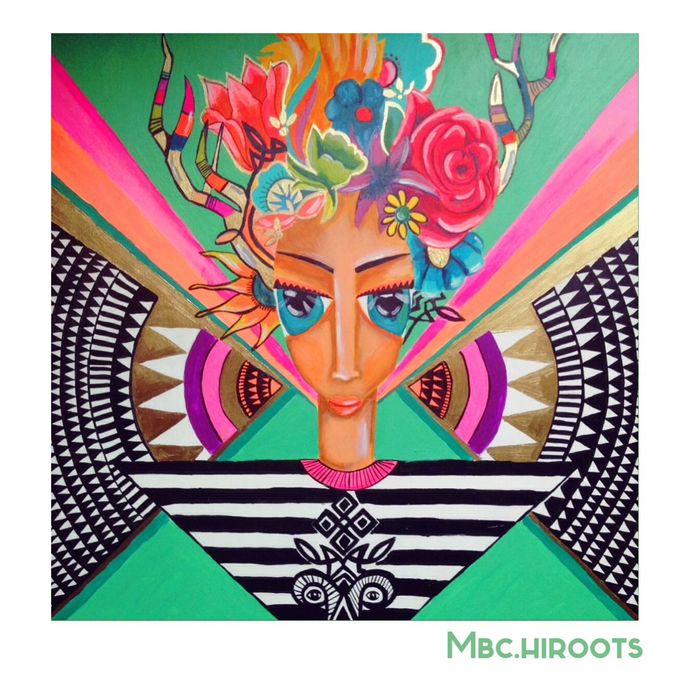 The 37-year-old immigrated to Israel from Ethiopia when she was five and began this series, which is on display at Tsion Cafe in Sugar Hill until July 31, living in Turkey. A world traveler, Yosef’s work explores themes of immigration, belonging, and identity, seeking to build a visual bridge between Ethiopia and Israel as well as the other countries she’s lived, most recently, the United States.

As a student of fashion design at Tel Aviv’s Shenkar College of Engineering, Yosef realized that if she wanted to contribute something innovative to the artistic conversation in Israel, “I have to go back to my roots. I have to go back to where I came from and do the research there.”

This wasn’t always intuitive for the artist. “In the beginning I didn’t do anything with being Ethiopian and coming from a very rich culture. I totally ignored that. I’d introduce myself as Ruthie.”

Eventually, a teacher of hers at Shenkar inspired her to use her birth name, Hirut. She describes the process of returning to her original name as the spark which led her to travel back to Ethiopia, her birthplace. 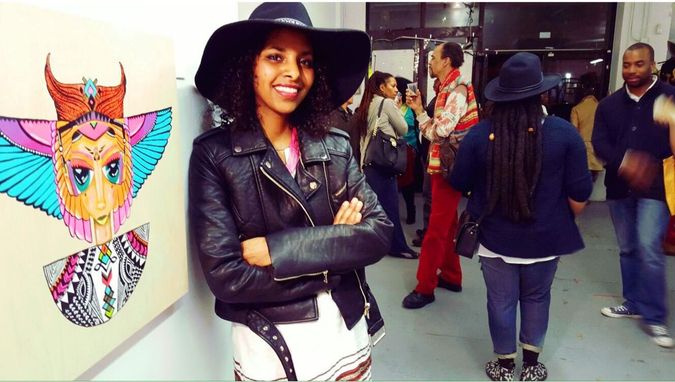 Yet, the first time she visited, she wanted nothing to do with the country, didn’t want to eat the food, she laughs. “My brother and my sister were like, Hirut, this is where you were born. These were the conditions you were born to. Why are you acting like a princess?” After her first trip, she fell in love with the place, and when she graduated from university and moved to Turkey, she started traveling to Ethiopia every year.

“That’s where my inspiration comes from — back home. So it’s combining two worlds, and introducing one world to another and building a bridge to find the place where I can actually express myself and share the story of my home, and the story of my mother and grandmother, because they cannot tell it.” 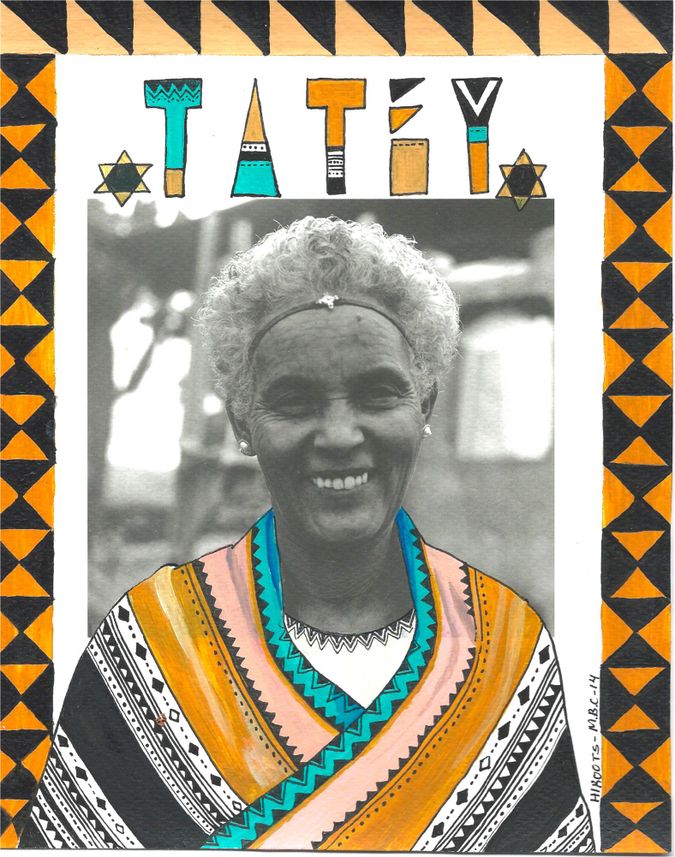 Yosef does this visually, through interlaying black and while photographs of her family members with drawings of textile. “Through immigration and absorption, my mother and grandmother continued the traditional crafts of fine embroidery and basket weaving using colorful threads. Those simple geometric patterns have become a strong graphic motif in my paintings,” Yosef wrote.

“Four Women,” one of the largest pieces of this exhibition, represents her two of her older sisters, her mother, and grandmother. These women are abstract, their dress elaborate, vibrant pinks, oranges, and blues.

One woman lightly puts her finger on a second woman’s cheek, while a third woman’s arm wraps around the second woman’s shoulder. Through representing them in painting, the women become archetypes — superwomen. 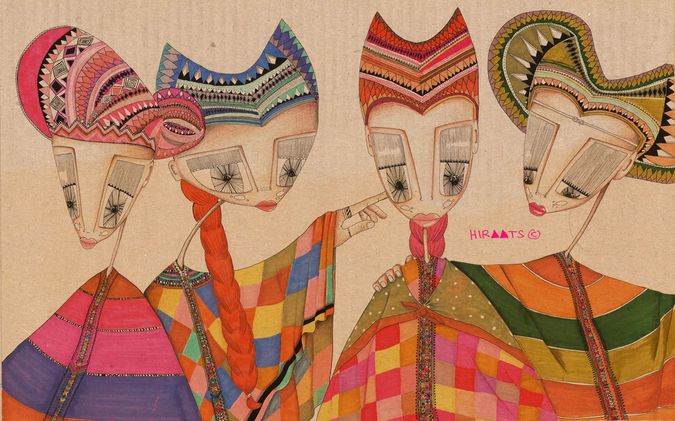 “Mulu” is a female name in Amharic which means “whole” and “perfection.” Yosef describes the term as her alter ego who, “represents the special women in my life and empowers them.” These four women fill the canvas, creating a monumental world unto themselves.

“The visual part came when I traveled with my brother in Ethiopia. We were driving for hours, and there was no one around, and then I saw these four women coming from nowhere. They just appeared, and they were so beautiful, smiling to us,” Yosef said.

It turned out they were bridesmaids on their way to a wedding, and Yosef and her brother stopped to speak with them. “When I came back home to Istanbul, I quickly sketched the outline of these women.” 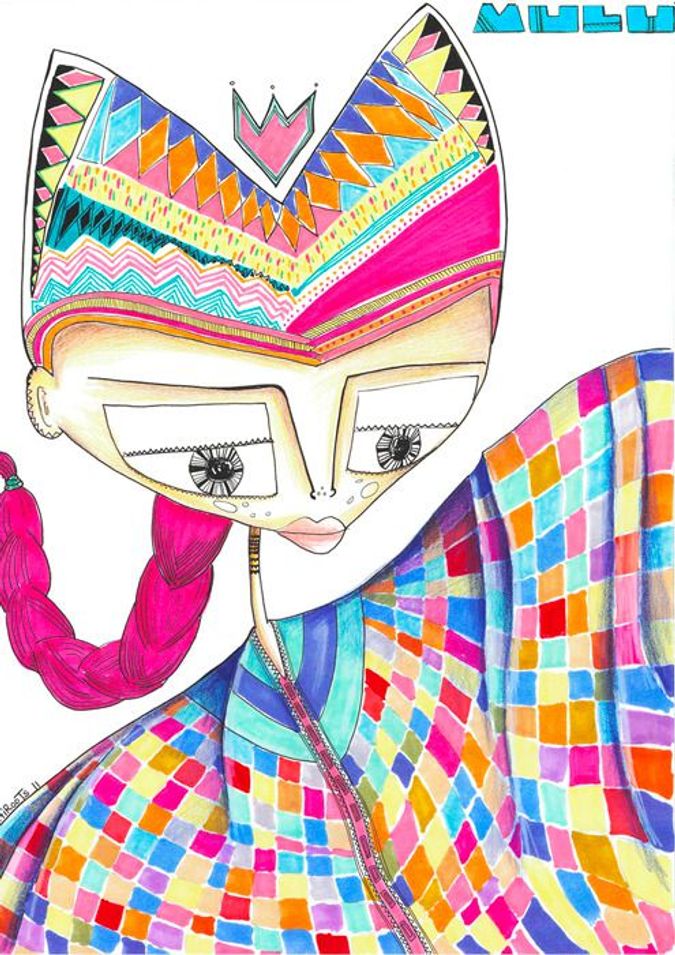 One of the youngest of a family of 12, Yosef was the first Ethiopian to graduate from Shenkar. Her family now lives in the U.S., Israel, Ethiopia, and Canada.

At its core, “Mulu and the Beta Clan” is both a celebration and appreciation of origins, the physical place and her lineage of women. By combining her past with her contemporary influences, Yosef creates “a language of my own, redefining a place where the vast influences of my life can coexist.” 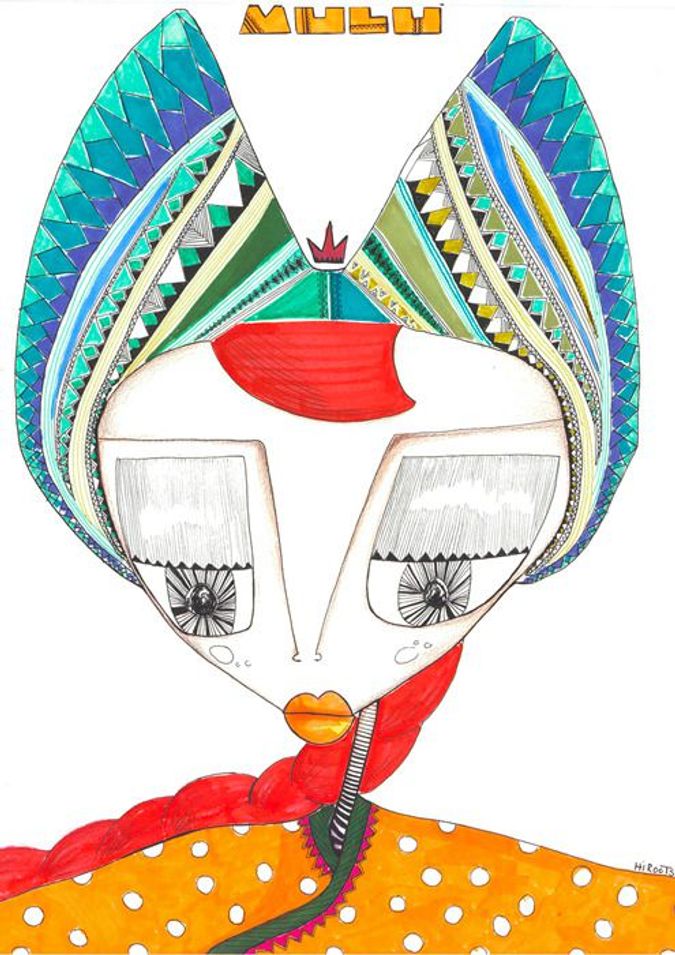