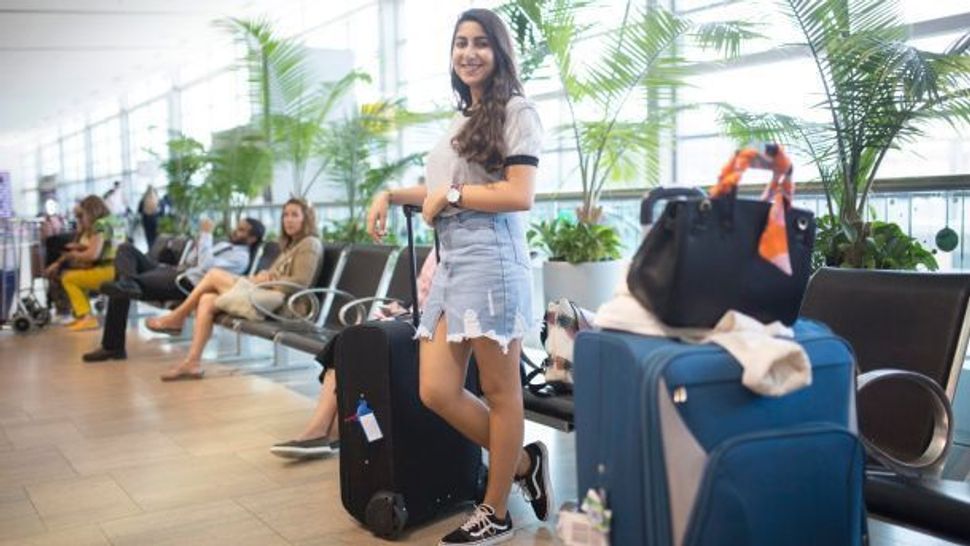 Hi, can I ask why you’re traveling?

I start my army service next week, and I’ve been living at home for the last while. I’m flying now so that I can take a little break with my sister before I come back to a routine where I have to get up at 5:30 every morning. It’s my first pre-army and post-army trip, together.

You mean you are re-enlisting in the IDF?

I’ve already served for nine months as a computer technician and now I’m going to be a combat soldier. I’m starting a whole new track, which involves basic training and everything.

Why are you starting all over?

Because those are the conditions that the army imposed. I already did some basic training, but I had to accept the fact that the time already invested wouldn’t count for the new job.

But why are you switching? What’s your motivation?

With the way things are today, I felt that it was one of the most important things I could do, and if I have the chance, why not? If I can qualify as a combat soldier, then why not do it?

I know that it’s a very unusual choice to give up the time I’ve already put into my military service, but I was really bored in that other job. I wanted to be a combat soldier from the start, but they wouldn’t let me.

Computer technician doesn’t sound like such a bad job.

It’s considered one of the best jobs in the IDF, and there was also a connection with the Hewlett-Packard Company, so I could have maybe done something with it after the army too, but not everyone is cut out to sit in front of two computers and a telephone nine hours a day. It’s definitely not what I was looking for.

It’s hard to switch jobs in the army.

It took me half a year to get out of my old job. I served in the navy, and small as it is, it’s very hard to get out of there once you’re in. I had to persuade my commanders, and then persuade their superior officers to let me go through the whole induction interview process again. I pretty much had to argue with every possible commander in the navy.

How did you manage to convince them in the end?

Basically, you have to write a convincing letter that will get through to them. But without the support of my direct commander, and my family, and my mother who dealt with all the paperwork, it wouldn’t have happened. I think I submitted the same request form three times. Twice I was turned down and on the third time they said yes.

You’re not afraid to enlist as a combat soldier?

Sure, it won’t be easy to be thrust into that, and not be home for weekends or sleep in a normal bed. And of course we’re all aware of what the security situation is like, and when you’re a soldier you’re more of a target and the danger is greater. It is scary. And now I also have to start basic training all over again.

That’s a nightmare in itself.

I think I’m coming into it in a more aware state. I’ve been through it before. Maybe it will be harder because the commanders will mostly be my age and they’ll be above me. It won’t be easy, but I’m preparing myself for it beforehand.