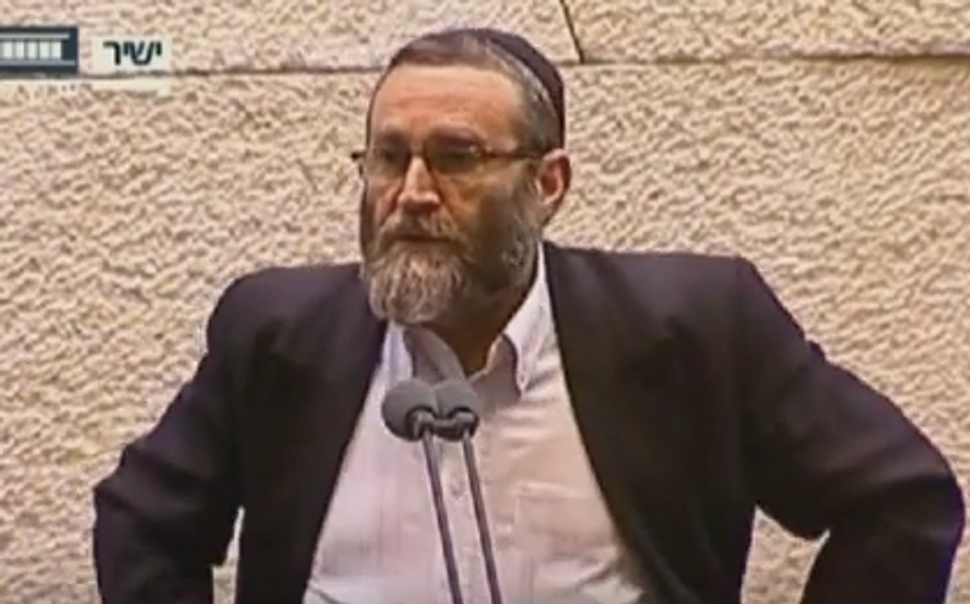 JERUSALEM — A Knesset committee approved funding to build mikvehs for use by non-Orthodox Jewish movements in Israel, but its chairman promised a “world war” in allowing the plan to advance.

The Finance Committee allocated 10 million shekels, or more than $2.6 million, for the project on Monday, The Jerusalem Post reported. The four mikvehs will be used for non-Orthodox conversion ceremonies.

The allocation comes on the heels of a Knesset law passed in late July that allows local Orthodox rabbinates to bar non-Orthodox Jewish conversion ceremonies in publicly funded mikvehs.

The new law, which was introduced by the haredi Orthodox United Torah Judaism party and opposed by many North American Jewish leaders, will be implemented in nine months. The measure aims to override an Israeli Supreme Court ruling in February that paved the way for non-Orthodox Jewish communities in Israel to use public mikvehs for conversions.

The funds requested by the Prime Minister’s Office for the mikvehs was labeled as being needed for projects “to strengthen ties with Diaspora Jewry,” according to The Jerusalem Post.

United Torah Judaism lawmaker Moshe Gafni, who proposed the mikveh law, heads the Finance Committee and has criticized the use of public money for building mikvehs for non-Orthodox movements.

Gafni later told Haaretz that he understood the allocation was for joint projects with Diaspora Jewry, not non-Orthodox mikvehs.

“If it’s true, there will be a world war because I won’t allow it … I will wage war both as Gafni and as the chairman of the Finance Committee,” he told Haaretz.

The committee’s handling of the funding request was dispatched quickly, showing that Gafni did not want to be associated with the allocation, the Post reported.

It is not known if the non-Orthodox mikvehs will be completed in nine months when the law takes effect or if the allocation will cover the construction and startup costs.