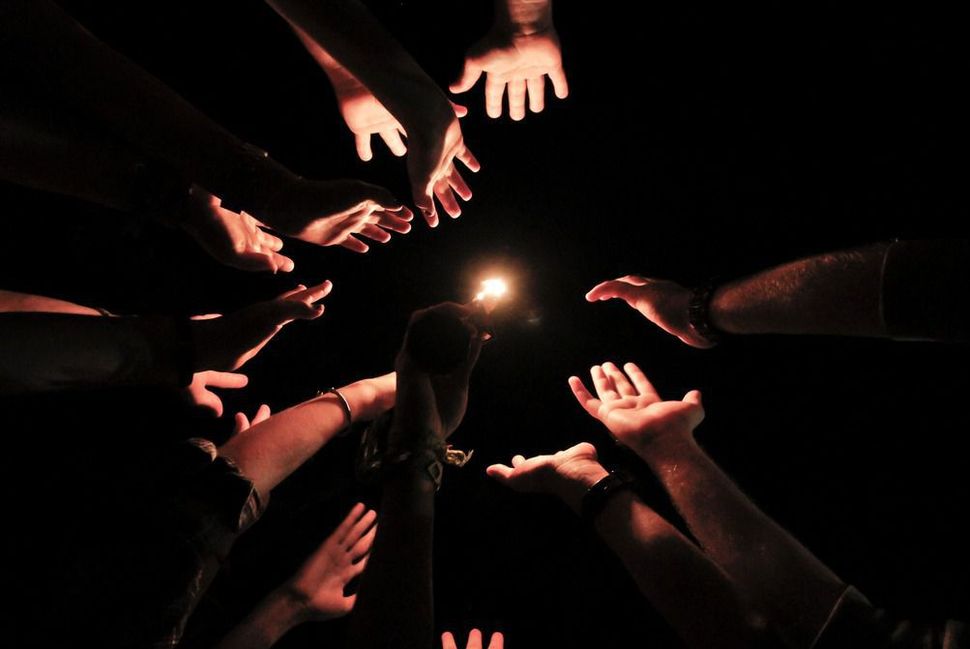 The centerpiece of Moishe House’s Jewish education is our Immersive Learning Retreats that not only train residents with ritual skills, but also create transformative experiences. Moishe House Retreats focus on the following educational modalities and participant takeaways, of which the first and third are centered on intentional transcendent experiences.

Even after hosting more than 60 Learning and Leadership Development Retreats (since the first Retreats in 2011), demand remains high for these convenings, with many Retreats still being held at capacity/with a waitlist. The Moishe House Retreat program creates experiences that put participants’ learning into practice and train residents and hosts with specific ritual and programmatic skill sets that they can take back to their home communities. Indeed Moishe House Retreats dive into robust Jewish learning and examine Mishnah, Gemara, Midrash, Codes, Hasidut, Kabbalah, Jewish History, and Modern Jewish Philosophy in a way that is exciting, relatable, and inviting to both the novice and advanced participant. (I believe this also falls under the category of “chochma” integrating the classic wisdom of Judaism with the world of millenials today.)

However the core focus of Moishe House’s Retreat philosophy is focused on training participants in Jewish holiday and Shabbat programs. We are also continuing to explore and build on the successes of training in less conventional areas that resonate with Jewish young adults, such as Jewish outdoor adventure, Jewish food justice, and Jewish Mindfulness. We have found that our Mindfulness retreats, focused on training participants to create programs that focus on the intersection of Judaism and Mindfulness/Meditation fill up right away and often have waiting lists. Our retreats that focus on the cutting edge expressions of Jewish practice today (Jewish Food Justice, Cooking and Gardening, Outdoor Adventure, Mindfulness) remain our most sought after Jewish learning retreats.

Communities that Never before existed – Kehillah

Millennials today are markedly different from previous generations: they are more mobile, transient in their careers and are waiting longer to marry and start families; they often do not associate with institutions; and they are seeking new methods for involvement in the community. Numerous studies have found that traditional methods for engaging young adults no longer work and are falling flat with this generation. Moishe House provides a relevant and relatable way for Jewish 20-somethings to connect with Judaism, Jewish culture, community and values in ways that make sense to them. The center of Moishe House’s model is a rented home where three to five Jewish 20-somethings (residents) live together as housemates and regularly lead programming for their peers. Built around a peer-to-peer and home-based model, Moishe House’s success is dependent on Jewish young adults’ desire to change the status quo and take on roles of leadership and active participation in a community that they can relate to. Since 2008, Moishe House has reached more than 450,000 in total attendance through more than 28,000 programs led by and for Jewish 20-somethings around the world

Outside (or deepening) the 4 propositions – Jewish Mindfulness and the Peer to Peer DIY model.

Many consider Jewish Mindfulness to be on the periphery of Jewish life yet our most sought after trainings for young adults continue to be our Jewish Mindfulness retreats. I often have requests from Moishe House residents to support them in planning a more spiritually relevant Jewish learning program, a Jewish meditation, or a prayer experience that incorporates Jewish mindfulness/meditation. Many consider this to be New Age, or too much of a stretch for Judaism, but the more I thought about it I realized that what is really new age, what’s really far off in left field and outside of the box for Judaism…is cultural Judaism only, only pageantry, or group identification, not being spiritually engaged or not interested or too busy.

We have never in our people’s history really had a generation with a majority of the Jewish community lacking an active Jewish spiritual practice…that’s radical, that is outside the boundaries. Meditating on the connection of our breadth with God is actually pretty traditional, meditating on the Shema and what it really means, this is as traditional as it gets, this is old. And yet it’s also very new because we forgot what was actually really old, we’ve been distracted by coming to America, by surviving, by building and building, and thankfully we have the luxury to connect today in this old and new way. Perhaps Jewish Mindfulness will be the next Tikkun Olam. In the Talmud Tikkun Olam is mentioned more in passing, it refers colloquially to small acts like throwing away a piece of trash, mipnei tikkun olam, as if to say lightly you know to fix the world. The Reform movement brilliantly unearthed and brought to life this classic idea that every little small act works towards fixing the world and it caught like wildfire, because we all believed in fixing the world already and we now had a way to express this yearning in a Jewish language. I see the same phenomenon happening with mindfulness.

The specific success of Moishe House can be attributed to its “bottom up” model that encourages participants to own their own expression of Judaism instead of receiving a transmission of data. This method continues to build communities of young adults around the world who are experimenting and exploring together how to express their Judaism in today’s world. The peer to peer model began to revolutionize Judaism through the Havurah movement but lost traction. When I speak about Moishe House’s model of building community, I can’t tell you how many people, beyond the age of Moishe House, exclaim, “I want something like that for me!” Its not only young adults who don’t want to be told “what to do” but instead want to experience, create, own, and learn from each other…its everyone. The DIY and peer-to-peer learning is an essential foundation for moving the Jewish community forward.

Rabbi Brad Greenstein is Moishe House’s Rabbi and Director of Immersive Learning. Ordained at the Ziegler School of Rabbinic Studies, Brad served for eight years as the associate rabbi for a large synagogue in Portland, Oregon and now lives back in his hometown of San Diego.