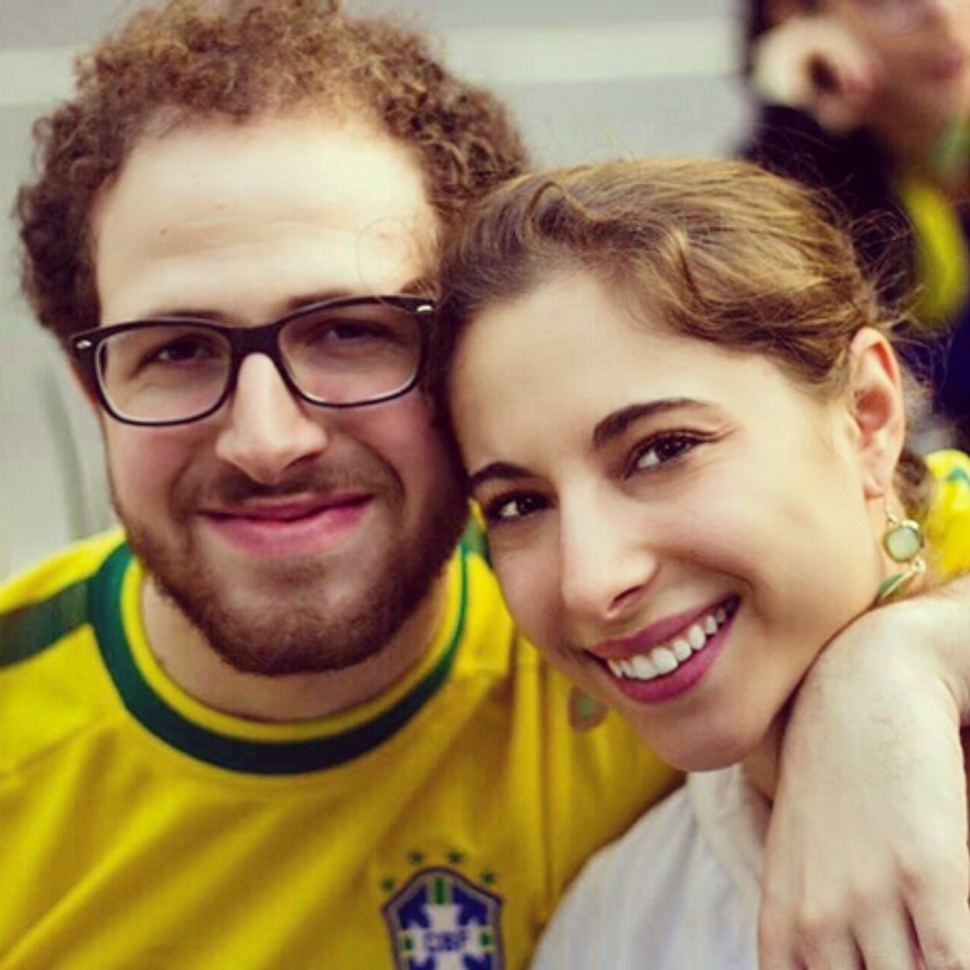 Eliana and Christian met and fell in love on an Israel program. Image by Eliana Rudee 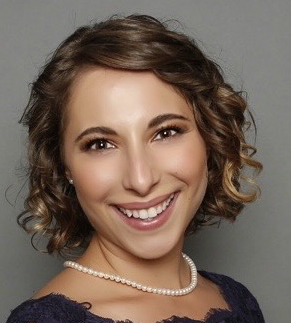 On the first day of our semester-long Israel program, Chris and I met on the bus. But it’s safe to say that our relationship was not nurtured on wheels, but rather, on foot. Living at the Hebrew University campus, we always had an extra-long walk to our Shabbat hosts. We’d walk along the light rail tracks, long after the train stopped running for the Sabbath. We walked, talking about our jobs, our families back home in the United States and Brazil (respectively), and our thoughts and dreams.

Chris’ family was secular, somewhat culturally Jewish, but mostly Brazilian. Until he went on Birthright, he had very little exposure to Judaism within his family — no Shabbat, Hebrew school, or Bar Mitzvahs. His father had a hobby of pointing out Jewish celebrities but had never been back to Israel, his birthplace that he left as a toddler. As Brazilian Jews of Egyptian and German descent, Chris tells me that his family identified more with the Brazilian culture than anything else, which explains his intriguing name, Christian, “a beautiful Brazilian name not having anything to do with Christianity,” his family says.

I was brought up in the suburbs of Seattle, in a Conservative Jewish community where we drove to and from Shabbat services and ate pepperoni pizza, not realizing it was pork. Hebrew school was something forced upon me by my parents, and boy did I give them a hard time for it.

As a kid, I did everything I could to get out of going to Sunday school, including screaming, crying, and wearing short skirts that I knew my mom would deem inappropriate for synagogue. I did love my family’s Jewish traditions, including our Hanukkah parties, Rosh Hashanah get-togethers, Pesach Seders, and our weekly Shabbat dinner with all of my cousins, aunts, uncles, and my grandma. But until I came to Israel, I would never have said that I loved being Jewish.

Chris and I both viewed coming to Israel as a way to advance our careers, which is why we chose to come on the a program called “Career Israel,” organized by Masa Israel Journey. We were the babies of the group, each taking a semester off from school, whereas most had already graduated college.

Neither of us chose to come to Israel for religious purposes, but we did end up exploring our Jewish identities and religious customs. Being in Jerusalem introduced us to the observant way of keeping Shabbat. Each of us lived with roommates who kept kosher and Shabbat, so we had to learn how to be respectful of their practices. At Shabbat meals, we learned rituals like washing our hands before the meal, dipping the challah in salt after saying the blessing over the bread, hamotzi, and saying a blessing after the meal.

Although we did not keep Shabbat ourselves, we believed in the saying: “When in Israel, do as the Israelis do” and we kept the spirit of Shabbat. Although many Israelis are secular, they respect the idea of Shabbat even if they do not observe all the laws.

That is, they believe there should be one day dedicated to rest, and even more, to building relationships rather than withdrawing into our work or our smartphones. So on Saturdays, Chris and I hung out with our friends and we actually talked to one another without the use of any electronics! We played cards on the lawn of the student village, passed around a soccer ball, and ended Shabbat with friends by our sides as we did Havdalah.

Of course, as many of the best relationships begin, we were “just friends” for the first four months of our program. More accurate, however, would be that we were “just best friends.” We did everything together — we decompressed after work together, cooked dinner together, and we even did laundry together.

Little did I know that Chris would soon admit his love for me in a letter, just a month before our program ended and we were to part ways. When we did part, Chris left me with a plan for our relationship: we will finish school in our respective countries and later, move to Israel together. And that’s exactly what we did.

Looking back at the five months we spent together in Israel, I think about the phrase, “More than the Jews have kept Shabbat, Shabbat has kept the Jews.” I believe that on an interpersonal level, Shabbat kept, or perhaps fostered, our relationship. Without the Israeli spirit of Shabbat, I’m not sure that we would have gotten to know each other as well as we did.

Perhaps this is one reason why we ultimately decided to make aliyah together, to begin our life together as immigrants in Israel. We are far from the United States and from Brazil and neither of us has family in Israel, making it an unlikely place to live.

But in a significant way, our relationship is based in, and on, Israel. After the five best months of our lives, we had fallen in love with Israel, and then, with each other. It felt natural to move to Israel, the place where we met, where we had our first date, where we fell in love, and where we walked together on those many Shabbat afternoons. 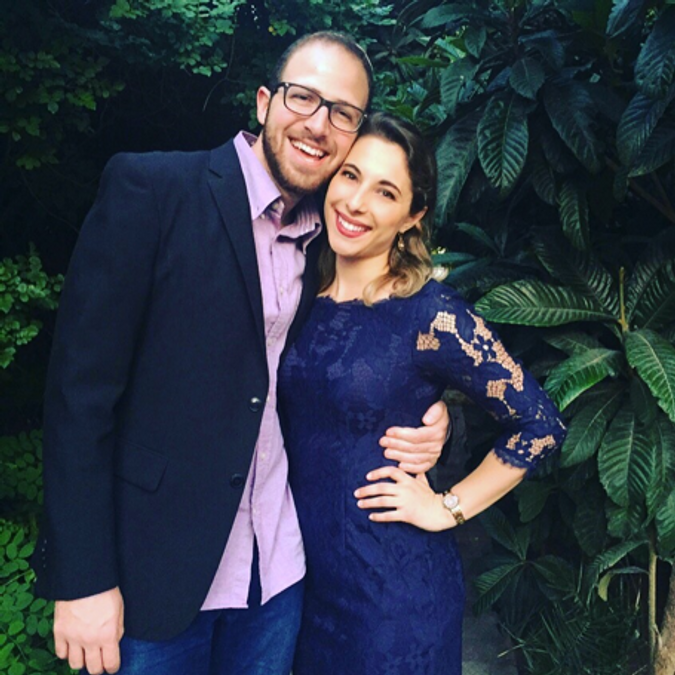 Eliana and Christian during Passover in 2016 Image by Eliana Rudee

Eliana Rudee is a fellow with the Haym Salomon Center and the author of the “Israel Girl” column for JNS.org. She is a graduate of Scripps College, where she studied international relations and Jewish studies. Her bylines have been featured in USA Today, Forbes, and The Hill.

Eliana Rudee is a fellow with the news and public policy group Haym Salomon Center. Her bylines have been featured in USA Today, New York Daily News, Forbes, and The Hill.