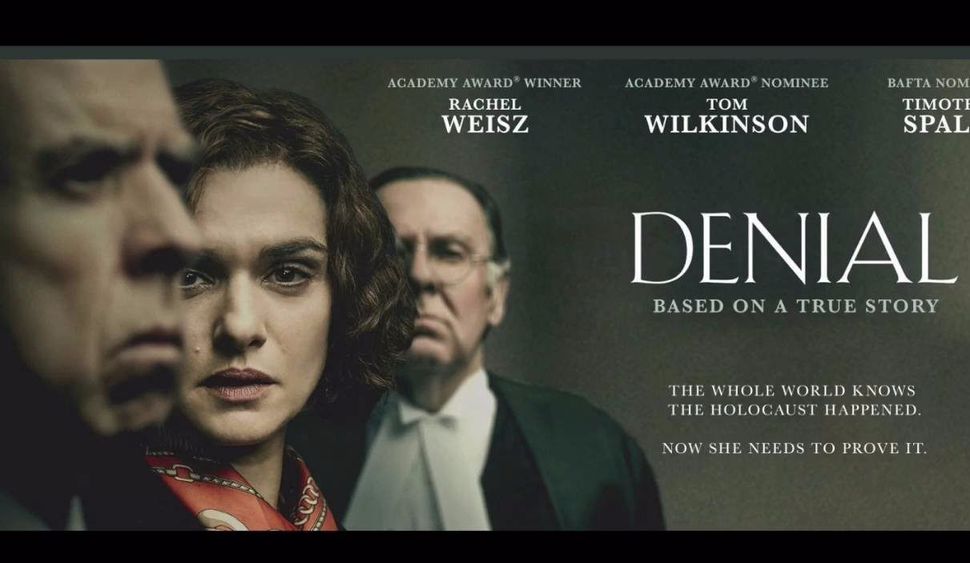 “Denial” is the true story of a Jewish woman who had to prove in court that the Holocaust had taken place, but it also has a timely message for present day society, according to director Mick Jackson.

“Denial,” which premiered at the Toronto International Film Festival last weekend, recounts how Deborah Lipstadt, a prominent historian, writer and professor, was sued for libel in Britain in 1996 by Holocaust denier David Irving after she called him a liar in one of her books.

The case was heard in a London court, where the burden of proof in libel cases lies with the defendant, and Lipstadt, played by Rachel Weisz, was called on to prove that the Holocaust actually happened.

Irving maintained that no Jews had been killed in gas chambers at Auschwitz, citing lack of evidence, and he belittled the claims of Holocaust survivors.

The judge in the case ruled against Irving in 2000, finding that he had not been libeled by Lipstadt.

Director Jackson said the film was timely because it was about fighting for truth.

“If you want to draw conclusions and parallels with what is happening in our story tonight and what’s happening in the U.S., in France, in Britain – all of those places where right-wing extremists are taking command of the narrative just lying like one of the characters in this movie does – it’s important. You see this movie and be changed, I hope,” he told Reuters on the red carpet in Toronto on Saturday.

Weisz, who was joined by Lipstadt at the premiere, said she felt a personal connection to the story, because her own parents were Holocaust refugees.

“I felt it was a very important story for the fight for truth and the fact there’s a difference between fact and opinion,” she told Reuters.