An Ode to Female Friendships, from Ruth to Donna Brazile 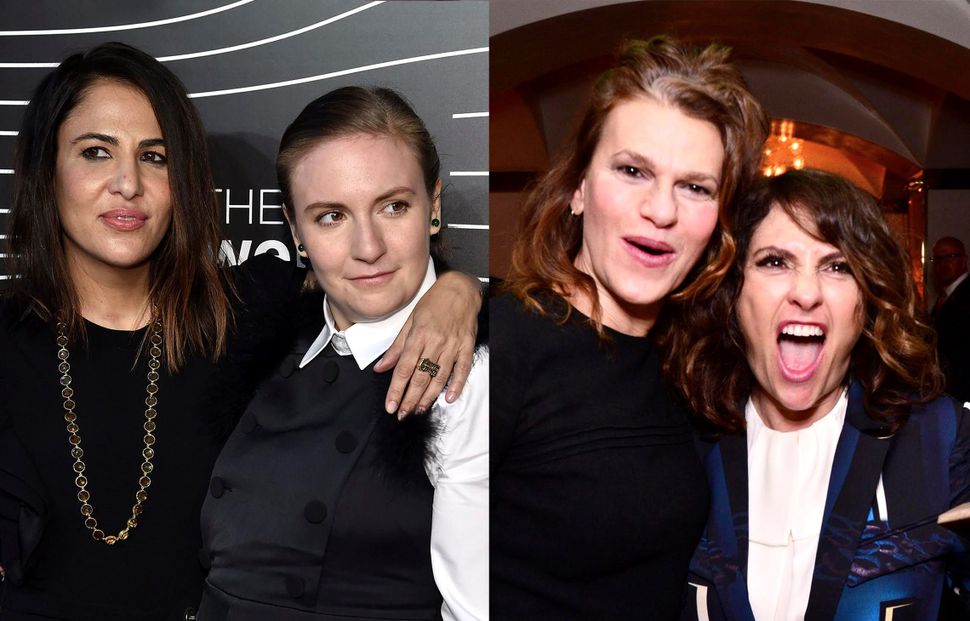 Female friendships are essential, like air. Image by Getty Images

Female friendship is having a moment in the spotlight with two hot books: the recently published “Feminist Fight Club” and “Colored Girls,” a work in progress.

“Colored Girls,” co-authored by Donna Brazile; Minyon Moore, powerhouse lawyer and Clinton operative; Leah Daughtry, director of the Democratic Convention’s podium operations; Yolanda Caraway, a public relations and affairs strategist and Tina Flourney, a chief of staff to President Bill Clinton, was birthed by and capitalizes on the professional and personal alliances formed by African-American women in politics. “Feminist Fight Club” is a manifesto decrying today’s workplace sexism and manual for how to fight it.

These alliances, for women in a world where the old boy’s network is still strong – have tremendous power, Brazile argues. They allow women, at a disadvantage because of gender, race or both – to break glass ceilings, win elections, ascend to traditionally male positions of power and challenge long-time power structures. Feminist Fight Club makes a similar argument, but goes into the tachlis (nuts and bolts, in Yiddish) of how women can make a home for themselves — and maintain their voices, and power — in sexist or misogynistic or patriarchal (or all the above) work environments.

There’s also a long Jewish history of female friendships changing the world. From Ruth and Naomi to synagogue sisterhoods to Hadassah, Jewish women’s friendships have often radically altered the course of Jewish and world history (and, in the case of Hadassah, the state of Israel). And today, high profile Jewish female friendships – like those between Jill Soloway and Sandra Bernhard, or Lena Dunham and Jenni Konner, are influencing our Jewish cultural consciousness and secular culture. Creative collaborations between Jewish women are changing the way we view not just Judaism, but relationships, intimacy and sexuality. The mere existence of Soloway’s Transparent (which released it’s third and Jewiest season on Friday) has radically upped LGBTQ visibility in television, and created the Jewiest show yet with mass appeal. Female friendships are also at the heart of Transparent, especially in Season 3.

Even in the fashion world, Tavi Gevinson, the brilliant and precocious Jewish fashion blogger, magazine editor and actress (and full disclosure: active member of my father’s synagogue) has built much of her success on supporting, and collaborating with other women, like Lena Dunham herself. And for a great deal of Gevinson’s career, her raison d’etre has been creating and celebrating groups of girlfriends. Gevinson’s been outspoken about how creating this kind of community serves as a powerful antidote to the vicious sexism and misogyny in the fashion world and Hollywood.

And though the power of women’s friendships extends well beyond the Jewish community, it’s undeniable that some of the most culturally consequential female friendships today are between Jewish women, and that having a tight network of women friends can mitigate barriers posed by old boys clubs, in media and politics, and in the sexist bubble that is the organized Jewish community. It’s the logic behind the Reform Movement’s Women’s Rabbinic Network – a membership only group of hundreds of female Rabbis, and the beauty behind the maharat training program – which ordains Orthodox female religious leaders and has, in so doing, created a network of learned women able in a community often inhospitable to Jewish women’s leadership and teaching.

Whatever their context, though, female friendships have – and continue to – serve female rabbis, maharats and all Jewish women creating subversive TV shows, literature and even fashion. It’s time we celebrated and recognized their power and transformative effects in all of our lives.

Rabbi Jordie Gerson is an accomplished writer and speaker with a blog at the Huffington Post. To read more of her articles, sermons and talks, find her here.

An Ode to Female Friendships, from Ruth to Donna Brazile