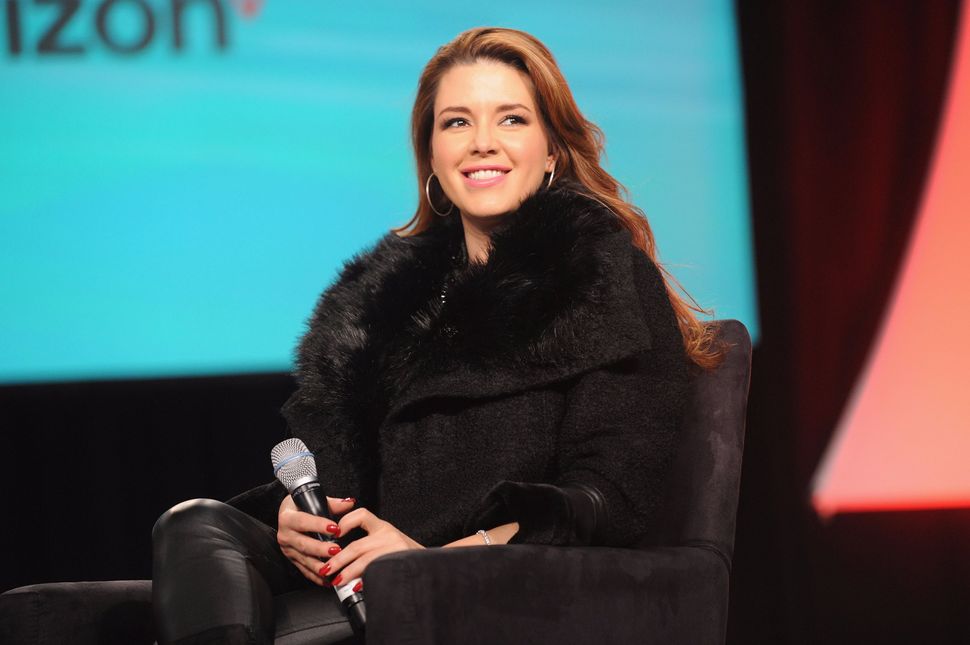 After the DNC convention in late July, Full Frontal’s Samantha Bee delivered one of her greatest rants to date. She reminded viewers of Hillary Clinton’s many credentials and endorsements, including the ones from Presidents, Republicans and “half the fucking Pentagon”. She concluded with an eerily spot-on premonition:

“That is how good you have to be if you’re a woman running for president. And she still might lose to this: The least qualified candidate ever to lurch into the public spotlight and shit on gold star moms while cradling Putin’s sweaty sack. Let’s hope Hillary doesn’t get lipstick on her teeth between now and November or it’s all over.”

Clinton did enjoy a post-convention bounce, but then “lipstick” indeed arrived in the form of… what was it again? The Clinton Foundation “scandal”? A secret bout of pneumonia? A few days off the campaign trail?

Never mind that during the same period, Donald Trump orchestrated the biggest swiz of the campaign, manipulating the media and undecided voters into watching him make a “big announcement” which turned out to be an advertisement for his new hotel and a huge lie – even by his standards – about his central role in the racist birther movement. Clinton’s poll numbers dipped nonetheless.

Clinton’s losses and Trump’s gains made the lead up to the first debate a real cliffhanger. And since it was very clear that the candidates would be held to different standards (as in, Clinton had to be as perfect as Simone Biles while Trump merely had to get through the debate without explicitly talking about his penis), suddenly the cause seemed lost to Clinton supporters. An exceptionally impressive, experienced and qualified woman was really going to lose the election to a real estate developer whose self-promotion and luxury worship were so renown that Brett Easton Ellis literally used him as inspiration for the image-obsessed serial killer Patrick Bateman in American Psycho.

How could this happen? Has feminism failed so badly? (Yes, Hillary haters — we get it. It’s not that she’s a woman. It’s that she’s a lying murderess who will compromise our national security whilst having seizures as her body double has lesbian affairs with her. Knock yourself out and remind us in the comments).

Clinton did indeed perform wonderfully at the debate, while Trump’s lack of preparation and erratic temperament were laid bare. However, it arguably wasn’t clear that the disparity between their performances would be enough to change the trajectory of the national zeitgeist until Clinton pulled out one beauty of a trump card.

By now everyone knows who I’m talking about. In the closing minutes of the debate, Clinton brought up Alicia Machado, the 1996 Miss Universe winner who Trump had once mocked as “MIss Piggy” and “Miss Housekeeping”.

“Donald, she has a name,” she said dramatically as Trump talked over her. “Her name is Alicia Machado. And she has become a US citizen and you can bet she is going to vote this November.”

The next few days passed in a Friedan-esque fantasy, with Trump doubling down and defending his fat-shaming on Fox and Friends. Meanwhile, Machado has been using her second fifteen minutes wisely, promoting her perfume while campaigning for Clinton. According to the New York Times, she’s been written about in more than 150 news articles, appeared on a more than a half dozen talk shows and been mentioned more than 200,000 times on Twitter.

It’s premature to say if Alicia Machado will help Clinton cinch the election. A scandal from her own past — the fact that she was tried (and never charged) for abetting an attempted murder committed by her boyfriend in the late 90s — is being circulated by Trump supporters.

There are 40 days and two debates between now and election day and as all women know, there’s always the possibility of a lipstick stain on the horizon. But it is also possible that this momentum won’t be reversed. It’s conceivable that a beauty queen, a participant in one of Trump’s own pageants, has turned this whole thing around.

Whether Machado’s effect is a temporary bounce or a critical one, we should take the opportunity here to right a wrong.

So here it goes:

On behalf of beauty pageant-hating feminists, I’d like to apologize to all the beauty queens, everywhere.

We’re sorry we protested Miss America in Atlantic City all those years ago. We’re sorry for mocking the talent portion and the swimsuits. We apologize for not believing you when you said you wanted to bring world peace.

Obviously, we were wrong. We were too distracted, at once by dismissing you and wondering how you got your hair to bounce like that, to see the truth: You can use beauty to your advantage, but you can still have brains, conviction and a positive influence.

Like Machado, you can expose lies and hypocrisy. You can speak your mind and heart, and your truth can have power, like anyone else’s. You can be a beauty queen, and you can still play a role in getting the first woman elected president against all odds.

Even if she gets lipstick on her teeth.

Devorah Blachor is writing “Let it Go: The Feminist’s Guide to Raising a Little Princess,” forthcoming from Tarcher/Penguin. She writes about feminism and parenting for the New York Times, Huffington Post, The Establishment and others, and writes humor for McSweeney’s Internet Tendency. Follow her on Twitter @DevorahBlachor, or on Facebook.