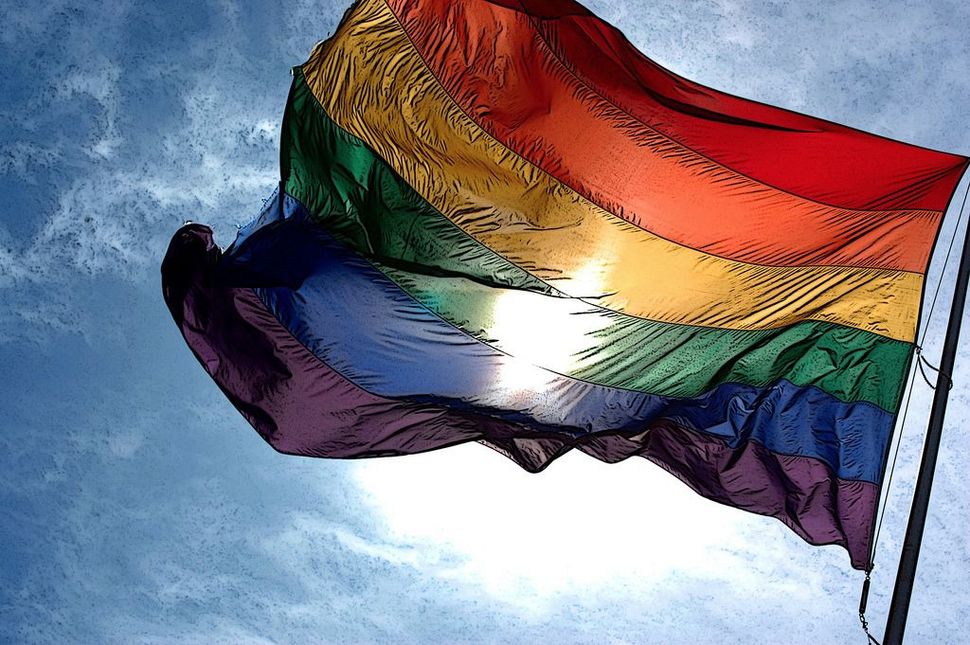 Wisdom/Chochmah A key piece of Keshet’s work focuses on giving LGBTQ Jews the opportunity to engage with traditional Jewish texts – both texts that easily resonate for LGBTQ Jews and those who support LGBTQ equality as well as those texts that historically have wounded us. It can be transformative for a trans Jew to be exposed to the texts in which the rabbis discuss the legal responsibilities of people who, in contemporary terms, would be described as transgender, genderqueer, gender nonconforming, and/or intersex. Similarly, it can be powerfully affirming for a gay man to read homoerotic midrash.

At the same time, it is critical for many queer Jews to be able to engage with Leviticus 18:22 and other texts whose traditional interpretations have been used to hurt and exclude LGBTQ Jews from Jewish life. This engagement can take a variety of forms. It can look like engaging with and then rejecting the text’s relevance to contemporary life. It can look like reinterpreting a text so the meaning is affirming, or at least not condemnatory, of LGBTQ identity and/or experience.

What is key is creating an access point to Jewish texts. So many LGBTQ Jews have been taught that our sacred texts are alien and hostile to our very existence. Queer Jews commonly assume both that we cannot find ourselves in traditional Jewish texts and that these texts actively exclude and reject us. By offering routes to textual engagement, Keshet gives queer Jews the opportunity to claim relationship with our sacred texts. Even if part of the experience involves rejecting a text as no longer relevant to Jewish life today, that engagement provides a sense of ownership: this is my intellectual and spiritual inheritance, too.

Social Justice/Tzedek Keshet has always framed LGBTQ inclusion as a reflection of Jewish values and a way to more fully realize the ethics that are at the core of our tradition. That is, we have always spoken about why LGBTQ rights in the Jewish community and the broader world should not be a matter of concern primarily to LGBTQ people. On the contrary, every committed Jew should see LGBTQ rights as a tzedek issue, not in spite of their commitment to Jewish tradition but because of it. At a time in which support for LGBTQ rights continues to grow, the Jewish community is strengthened by framing LGBTQ equality as Jewish justice issue.

Community/Kehillah Early on in my tenure as Keshet’s executive director, I learned a powerful lesson about the need for kehillah. I had put out the call for people to contact me if they were interested in organizing for LGBTQ equality and inclusion in Jewish life. I expected that people would be interested in touching hearts and minds by telling their stories as queer Jews in synagogues, JCCs, and other Jewish contexts. I expected that people would identify how a Jewish community treated them unjustly as queer people and work to rectify the situation. Instead, in 90% of these early, first-time meetings with LGBTQ Jews, I soon discovered that the queer Jew with whom I was meeting had little to zero interest in working as a change agent in Jewish life. Rather, people wanted to know, “Do you know a nice Jewish boy/girl/person for me?”

I realized that in an age in which prodigious funds are invested in creating opportunities for LGBTQ straight people to meet one another, no such effort is being made to connect LGBTQ Jews for friendship, romantic relationships, and community. Early on, then, we articulated a two-pronged strategy for creating change in Jewish life: community engagement work with LGBTQ Jews and working for institutional change in the broader Jewish community. Creating opportunities for queer Jews to connect with one another in Jewishly affirming environments nurtures a sense of community and connection within the broader Jewish community. People build relationships that matter and do so in a Jewish context.