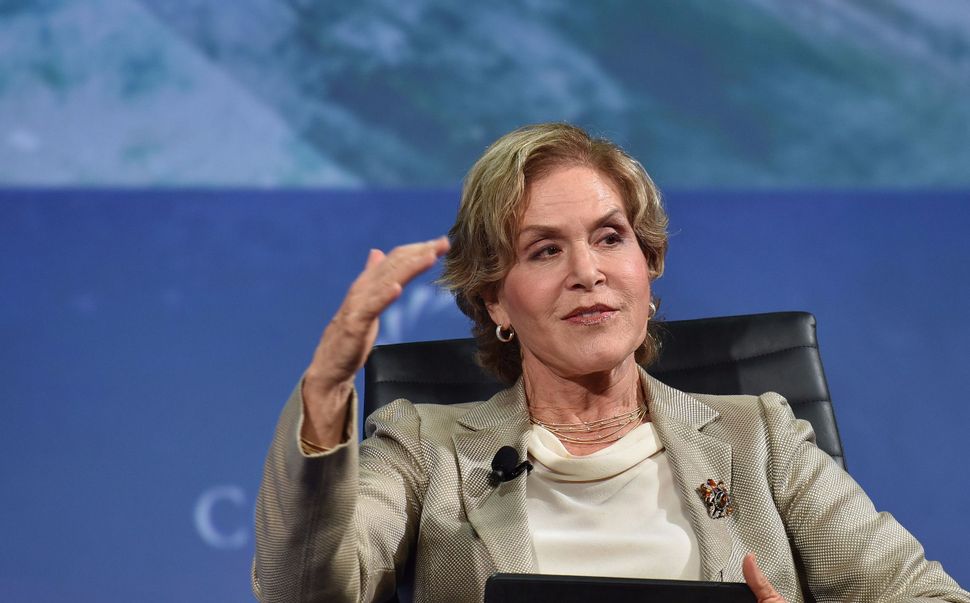 How important is Judith Rodin? Ask one of the 20,000 New York public school students who got to see the Broadway hit “Hamilton” because of her and they might say she is life-changing.

As president of the Rockefeller Foundation since 2005, Rodin has helped bring philanthropy into the 21st Century, not just with theater tickets, but by pioneering the practice of impact investing, where environmental concerns are weighed along with market performance.

She directs giving at the historical charity, which was founded in 1913 with the mission of aiding humanity, and grants funds to health, environmental and cultural causes.

Before that, Rodin was breaking glass ceilings: She became the first female president of an Ivy League university when she took the reins at the University of Pennsylvania in 1994.

Rodin, who is 72, talked with Reuters about the life lessons she has learned about money over the years:

Q: Was the “Hamilton” grant all about being in the room where it happens?

A: When I saw it with my son, I said: Everyone should see this. I went again with my husband, and I said: Maybe I can do something about that. It was a real “Aha” moment.

They had been thinking about doing it too, and we put together a partnership. It has been sensational. We’re about to take it national and it will reach 100,000 kids.

Q: How did you first learn about money?

A: We never had conversations about money explicitly. We were simple and our needs were simple. My parents made it clear to me that I would most likely need a scholarship to go to university, and that’s the first time I understood the value of money and the things money can buy. I did win a scholarship to Penn, and it was life-changing for me.

I was president of the student government there, and for my parents, that meant I had achieved the pinnacle of what they could imagine. Then, fast-forward to 2004, my mother was still alive when I became president of Penn.

Q: How did you learn to manage your own money?

A: Because we had so little, it didn’t feel like I needed to learn to budget. I got to graduate school also on full scholarship and started earning money as a teaching assistant. I found it easy. I opened a check account and got a credit card and figured out what I could afford, and life went on.

Q: You spend your days directing the giving of a billion-dollar foundation, but how do you decide how to give away your own money?

A: I’m always looking at where my personal philanthropy can have outsize impact, and we do that at the foundation. Can I give where there are matching gifts or double-gift opportunities?

The foundation does this too; we provide everyone, from the lowest paid employee through to the board, the opportunity for a 3-to-1 match every year up to $30,000. So each person can be a philanthropist giving $120,000 a year. The foundation’s ethos is that we should all learn to be personal givers, because it will make us better givers of the money.

Q: You have announced you will be moving on from the Rockefeller Foundation as soon as they find a successor. What do you want your legacy to be?

A: That we’ve at least demonstrated what the future of philanthropy can look like. I’ve helped to drive us to be more strategic and more nimble and more focused.

Q: What personal legacy do you want to pass on to your family?

A: I want to tell them they should be brave. I’ve always taught my children to take smart risks, and my colleagues here too. You can’t get impact if you are fearful.

They should be willing to speak out about what they believe and stand for something that matters.

Q: You have raised a lot of money over the years, is there a secret to it?

A: You have to listen. Often the fundraiser goes in with a pitch because you think you know so much about the donor. It struck me over and over while I was doing it – that person on paper was different than the person I was getting to know.