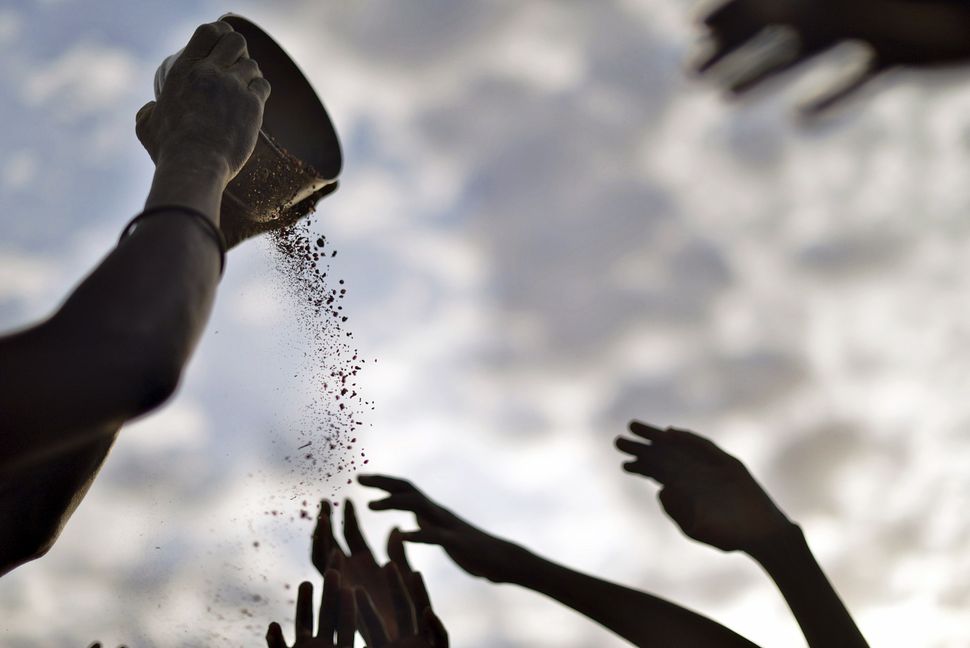 Ten years ago I received a phone call that changed my life. Gerri Trooskin, the director of our city-wide book club, One Book, One Philadelphia, called me with an unusual request. She asked me to choose ten of my Drexel University undergraduate creative writing students to interview ten Sudanese refugees. These interviews would be serialized in Philadelphia’s City Paper.

I remember thinking at the time that the word refugee was unnecessarily harsh. Why was Trooskin calling these immigrants refugees? I knew a lot of immigrants. The urban Philadelphia row-home neighborhood I grew up in was pretty much completely Jewish, and a lot of my neighbors and friends were the children or grandchildren of Jewish people who had immigrated here from Russia or Eastern Europe, either around the beginning of the 20th century or after the Holocaust. But no one referred to those people as refugees. It would have been considered impolite.

My students, along with the ten Sudanese refugees, met together one very cold January day in the Starbucks at 34th and Samson Streets in the Philadelphia neighborhood shared by Drexel and the University of Pennsylvania. I chose this space, which, having a second floor, provided plenty of room for us to spread out into groups of two. Some of the Sudanese people we interviewed had arrived in Philly only in the past week, some from Darfur, dressed in traditional robes and still traumatized from having seen people getting killed in front of their eyes in recent attacks, and in fact narrowly escaping their own deaths.

“Compassion pulls you into the present,” says Karen Armstrong, the founder of Charter for Compassion, in her TED talk. The charter now has about 2 million members. In her TED talk calling for the Charter, Armstrong relates a story attributed to Rabbi Hillel: “When a man wanting to convert to Judaism asked Rabbi Hillel to teach him Jewish law, the Rabbi stood on one leg and said, ‘That which is hateful to you do not do to your neighbor, that is the whole of Jewish law, the rest is commentary, go and study it.’ This response is well known around the world as The Golden Rule.”

Just a few weeks ago, President Obama asked us to open our hearts to refugees. According to UNHCR there are 65 million refugees worldwide, many under the age of 18. War has once again broken out in South Sudan. It is reported that nearly 60,000 South Sudanese fled to Uganda in 2016.

All of my grandparents were refugees, though they never used that word. They never spoke about their scars. Although they were among the two million Jews who entered the US from the years 1881 to 1924, many escaping pogroms, they whitewashed their pasts. As a result, I don’t know what town they came from or their original first or last names. I don’t know anything about the destruction that drove them out. I do know that they are heroes because if they hadn’t fled they probably would have been killed later as Jews living in Europe during the Nazi era, and I would not be here today. My maternal grandfather came to the States when he was in his early twenties so I assume he remembered his past, but he never spoke about it. And he died when I was in my early teens, so I didn’t get the chance to ask. He spoke with a Yiddish accent, but my parents didn’t speak Yiddish to me, so I never learned it. He ate borscht, soggy cornflakes with milk, and stuck a sugar cube between his teeth when he drank his tea. I would have loved to know where he came from and who he really was.

The day that I met those ten Sudanese refugees, and in particular, the one I interviewed, Michael Majok Kuch, I felt like I was meeting my grandparents’ young selves. Michael struck me as particularly vibrant. Michael had escaped war in Sudan at the age of five, when he got separated from his parents. He trekked nearly a thousand miles to a series of refugee camps where he would live for the next ten years. When he was fourteen years old, he received political asylum, had come to the US and was now in his senior year of college. After only a few minutes, I found him to be in possession of a rare sense of optimism that I couldn’t help comparing to my own relatives and childhood neighbors. When I asked him what meaning he could derive from having endured such experiences, he told me that they left him with an even stronger sense of optimism. This the meaning of the word refugee — indomitable spirit. This is what it takes to survive.

After I met with Michael a few more times, I did what any Jewish mother would do: I invited him home. I wanted to cook for him, nourish him, and I wanted him to meet my son Josh, an eleventh grader. Before Josh went away to college, I needed desperately to engage with him in a way that could be carried forward once he left home.

That day, sitting on our brown wraparound coach in front of the TV, Josh’s soccer shoes and school books scattered on the carpet where he’d left them, Michael related to us the story of how he got separated from his mother in 1988 at the age of five. He described the confusion he felt, when their village in South Sudan got attacked in the middle of the night, and he was forced to flee. Terrified, he hid in a tree for two days, then found others who had survived the attack and trekked with them for months. Once he made it to Kakuma Refugee Camp in Northern Kenya, he lived on a diet of half a cup of salt, oil and grain every two weeks for ten years. Unknown to him, his mother had fled their village when another attack occurred a few years later and, miraculously, had also trekked across South Sudan to Kakuma and had been living there since 1992—for about five of those same years. She only discovered that Michael had flown to the US, having received political asylum, the day after the small Cessna that carried him sputtered in the sky.

“The news nearly killed her,” Michael told us.

Josh uncharacteristically dropped his remote controller, stopped playing his video game, rose from the coach and held me tightly. “I don’t know what I’d do without you, Mom,” he said.

Then my teenage son told us that he wanted to find a way to reunite Michael with his mother, now that she too had received political asylum, but was about to be relocated to Australia instead of the US. He brought his idea to a kind teacher at his high school, and with her help the Reunion Project was born. To date, we have helped reunite four families.

“God bless you and God bless your family,” Michael’s mother said to me that first day in Brisbane, Australia, in August 2010. Michael had invited my husband, daughter, son and me to witness his reunion. These words were the only English words I heard Michael’s mother speak that weekend. It wasn’t until many years later that I learned that she had taught English in South Sudan and spoke the language fluently. Many times that weekend, she and I held hands and exchanged glances, but no words. What was there to say? Everything and too much. Amid the bright sunshine and strong odor of eucalyptus, we were two women standing at opposite ends of the telescope, she drawing near her son for the first time in 22 years and me preparing to let mine go.

Harriet Levin Millan’s debut novel How Fast Can You Run (Harvard Square Editions, October, 2016) is based on the life of Michael Majok Kuch. It has been chosen as a 2017 Charter for Compassion Global Read. Her three books of poetry have received awards from Barnard New Women Poets, The Poetry Society of America and The PEW Fellowship in the Arts. She teaches writing and directs the Certificate Program in Writing and Publishing at Drexel University.

Harriet Levin Millan is the author of a novel, “How Fast Can You Run,” three books of poetry and a novel-in-progress based on her grandmother’s family. Email millanhl@drexel.edu