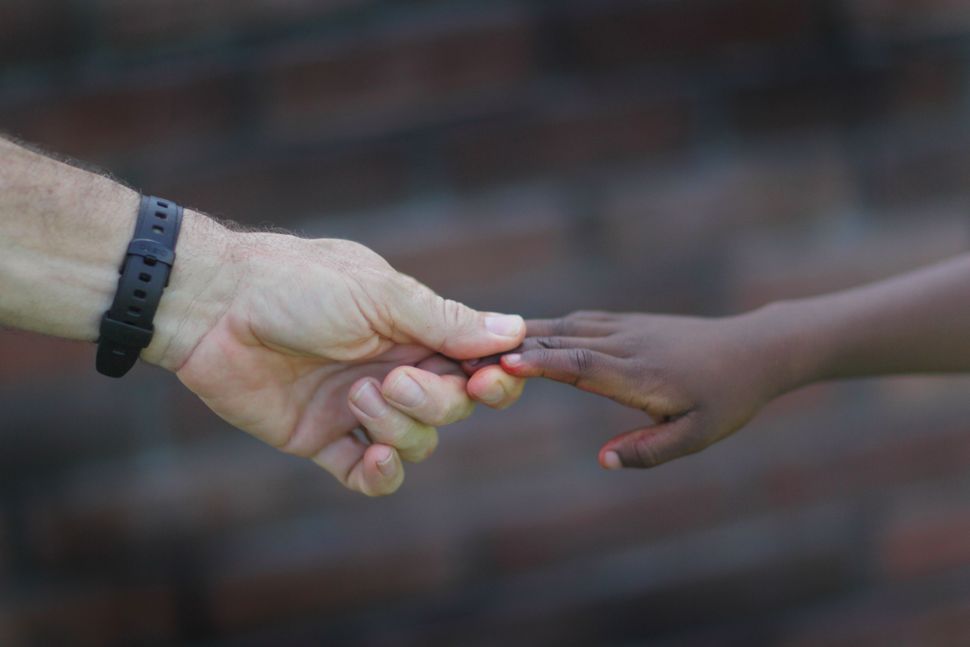 In watching the heart-wrenching pilot for NBC’s This is Us, I connected with Mandy Moore’s Rebecca Pearson. Hugely pregnant with triplets, Rebecca was a woman whose life is on the verge of transformation. I identified with Rebecca as a wife and mother, who also happens to be pregnant with my own third child. However, since then, the character who has most intrigued me is Randall. An African-American boy found at a fire station after his birth, Randall is adopted in the hospital by Rebecca and her husband Jack on the same day they welcome two biological children.

Over the summer, I researched adoption, with a focus on American Jews. While there is ostensibly nothing Jewish about the Pearsons or their particular struggles — which we watch in both the present day and in 1980s flashbacks — the Pearson parents’ decision to adopt transracially connects them to Jewish communal trends. As Jennifer Sartori and Jayne K. Guberman, the co-directors of the Adoption and Jewish Identity Project, wrote in the Journal of Jewish Communal Service, “American Jews adopt at approximately twice the rate of non-Jews.” Sartori and Guberman also found that unlike several decades ago, recent Jewish adoptees are overwhelmingly transracial (70%) or international in origin (63%). 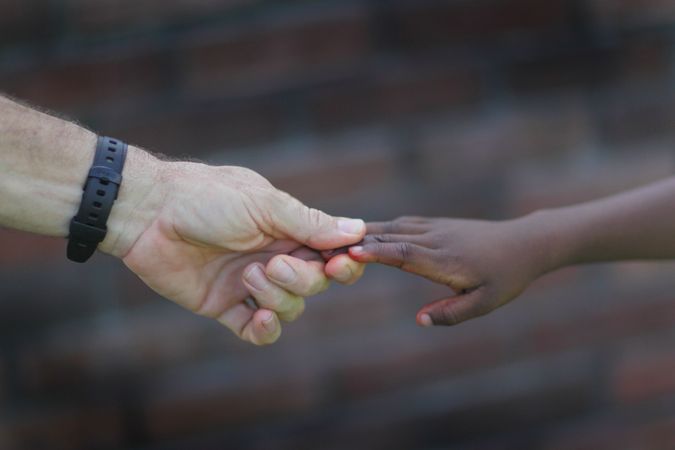 Like many adoptees born decades ago, Randall on This is Us has no ready access to information about his birth parents. We watch him spend his 36th birthday filled with mixed feelings and tracking down his birth father. That search would likely be easier for adoptees born today, since “’95 percent of domestic adoptions [now] have some degree of openness,’ according to Varda Makovsky, Director of Family and Post-adoption Services at the Barker Adoption Foundation, which serves families throughout the Washington, DC area.”

A flashback scene on the show offered some insight into just how long-standing Randall’s interest in his roots has been. On a steamy summer day, eight-year-old Randall asks his parents to take the family to a particular local pool. While Randall doesn’t elaborate, we see that this pool attracts a racially diverse crowd. While there, Randall disappears to play with kids from some local African-American families — none of whom the Pearson parents know. We also learn that Randall maintains a private tally in a notebook, with each notch representing an African-American he meets in his family’s overwhelmingly white neighborhood. Every African-American man, of course, stirs questions about whether he might be Randall’s birth father.

These plot details illustrate why adoption experts now recommend that adoptive parents proactively expose children to birth families’ heritage and culture. Randall’s story is a profound illustration that regardless of how wonderful an adoptive family may be, there’s still a natural human need to understand where we come from culturally, racially, religiously, or otherwise.

Rebecca Pearson seems to get that. So, after initially being miffed when an African-American mother at the pool advises her that Randall needs a barber who understands black hair, Rebecca later inquires whether Randall might have a play date with this woman’s son — with whom Randall’s been playing — some time.

While parenthood represents Terra Incognita for anyone going through it, there is undoubtedly even more to learn when raising a child from another background. And between the rising number of Randalls in American Jewish families, and my various interviewees’ comments about their own experiences, the Jewish community still has some learning to do — especially if we want to be as welcoming and supportive as Rebecca Pearson.