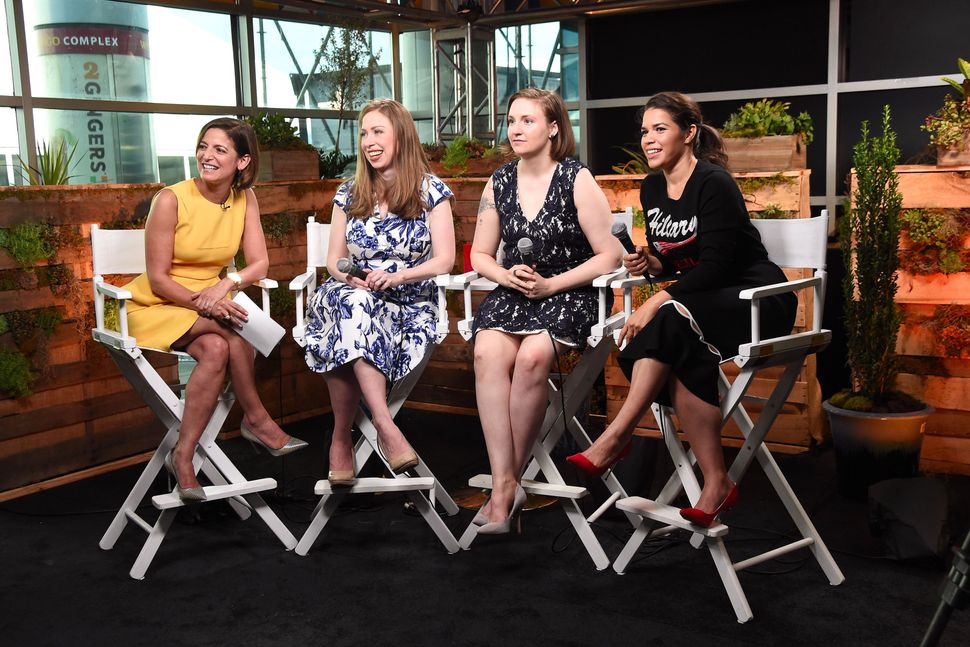 After months of hearing about how patriarchy and misogyny were driving Trump’s popularity, it sure was odd to learn that millions of women voted for him anyway. I was among the startled, even though I guess no one should have been surprised – of course women who usually vote Republican won’t suddenly say, hmm, this Hillary Clinton seems delightful.

Thankfully, we’re seeing some pushback to the idea that women (or just white women) are specifically responsible for Trump’s victory. But what I find more baffling, frustrating, and even borderline offensive is the notion – the from-the left critique – that actually, the reason Trump won is that feminism isn’t radical enough. I’m thinking of Liza Featherstone’s “Elite, White Feminism Gave Us Trump: It Needs to Die,” but also a by Melissa Brown including the sentence, “White feminism had one job November 8, 2016. On November 8, 2016, it 100% failed.” The meme is making the rounds not merely that white women will do relatively OK under Trump’s presidency (true!), but that white feminism in particular has something to answer for. (Featherstone makes points more nuanced than the headline to her piece suggests, and helps offer a more complex portrait of the ‘women’s-vote’ question than analyses that leave it at, ‘Trump’s a misogynist, so how could a woman vote for him?’. But she does lay the blame where one would, from the headline, expect.)

Whether we’re talking about liberal bourgeois-and-or-white feminists (which could well include some pale-skinned Jewish feminists; our whiteness is complicated at the moment) self-flagellating or far-left feminists offering I-told-you-sos (and, between posts and articles, there has been a mix), this is a criticism that offers a convenient scapegoat instead of clarity. It’s as if critics on the left missed that Hillary Clinton has a decades-long reputation as a raging feminist. That her raging-feminist reputation was off-putting to many voters, including many women voters. Yes, it’s a problem for many of us on the left that Clinton wasn’t further to the left on issues we care about. But was tepid feminism really Clinton’s problem? Or, rather, was the tepidness the problem, or the feminism? As I see it, the chances that what lost Clinton the election was her being too… ‘basic’, too politically pumpkin-spice, too centrist in her feminism, are remote.

The question needs to be: Who would the not-bourgeois-feminism alternative female candidate have been? Any woman who would have come anywhere close to becoming president (yes, even Elizabeth Warren) would have been an upscale professional, alienating jeans-and-leggings-wearers with her suits. A female, also-Jewish, also-unkempt version of Bernie Sanders wouldn’t have stood a chance, much to my dismay as a woman who partially fits that description. A Sarah Palin, on the other hand, might have done great with Trump’s electorate, and if we’re looking at women who’ve come close to the American presidency in recent elections…

Yes, feminism needs to be about more than the shattering of glass ceilings. But it shouldn’t over-correct and only venerate women without much power, or much in the way of mainstream political appeal. Yes, bourgeois feminism has its limitations. No, it didn’t bring us Trump.

There’s something especially absurd about blaming Clinton’s loss on “white feminism,” when most white women didn’t vote for her, while most women of color did. Yes, there’s a roundabout way of making that case (and Featherstone, while I disagree with her, is worth reading on this), but common sense suggests it doesn’t add up. White women were part of the problem. White feminism, on the other hand, is a separate, intra-left problem. One that needs addressing! But not one that elected Donald Trump.

Why, then, are liberal/white/bourgeois feminists getting the blame for what was, after all, a nation embracing whiteness but rejecting feminism? Part of this may be a ‘bubble’ issue – if everyone you ever interact with is at least some kind of feminist, then it’s easy to imagine the spectrum of female opinion ranges from radical post-gender intersectionality to Sheryl Sandberg/Lena Dunham/Yaaas Hillary, and to forget that there are millions of women to the right of all of that, and who are not – much as one might wish – secret socialists. Part, too, may be that addressing actual pro-patriarchy sentiment among women is just too daunting – the White Feminists may listen; the white women who aren’t feminists likely don’t care. As understandable as the White Feminists theory of Trump’s rise is, given that white women likely won’t be the most screwed over now that Trump has won, this is a moment when it’s necessary to distinguish between flawed (and often oblivious) people on your side and the half the country that’s on a very different and very dangerous side on all of this.