How Will We Remember Hillary Clinton After this Campaign? As ‘Makeup-Free’! 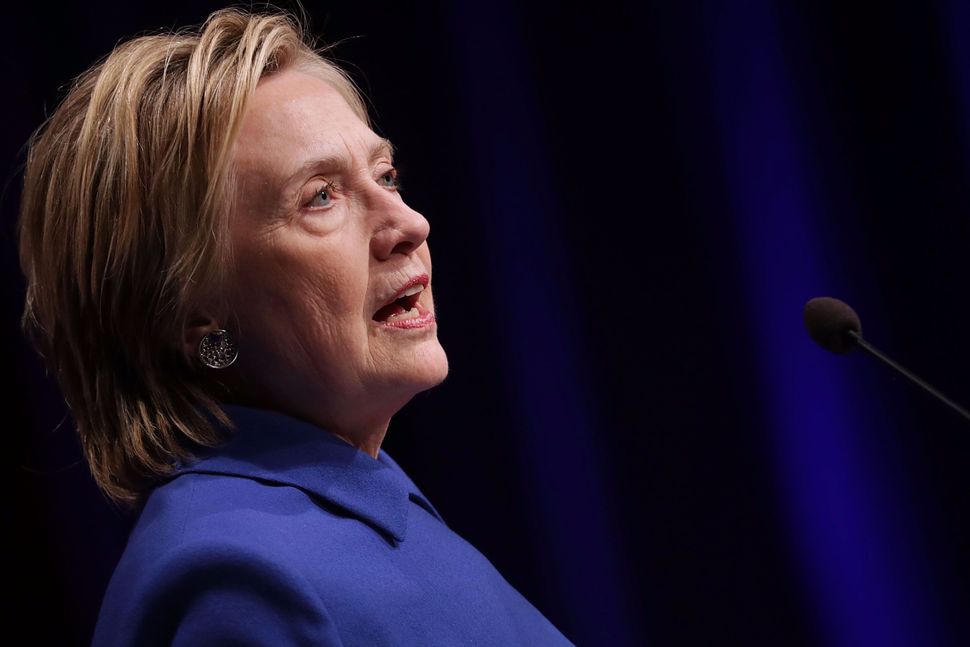 A photo of Hillary Clinton, post-election, but possibly not post-Sephora. Image by Getty Images

In perhaps the least surprising aspect of this election cycle, Hillary Clinton’s final moment in the spotlight, her likely-to-be-last day or so as a source of general interest, her last blip of fame before she fades into ‘oh yeah, that former first lady who once tried to be president,’ has involved a discussion not of policies, not even of pantsuits, but of makeup or lack thereof. A New York Post story, “Clinton gets mixed reaction after going makeup-free for speech,” helpfully assembles an apparent Twitter dispute over the “decision to forgo her beauty prep at the Children’s Defense Fund in Washington, DC, Wednesday night.”

Let’s get the following out of the way:

-I found the story via Alice Robb’s Twitter, and share her take. How was this even a story? But now that it is…

-As with many a ‘no-makeup’ story — see Haley Mlotek on the genre — we’re looking at photos of a woman who is clearly wearing makeup. I mean, I haven’t swabbed her face and taken the results to the lab, but I see mascara, blush, and lipstick. She looks very much presentable and dressed for work, and hasn’t exactly shown up in yoga pants. And that’s exactly as much as I can get myself to care about her look. I’m not interested in declaring her ‘brave’ for not contouring or whatever the heck it’s imagined she’d been doing previously, or in suggesting she include a toner in her routine. She looks entirely appropriate if a notch less ‘done’ than during the campaign. This is a non-story, except insofar as it reduces a woman who just missed becoming leader of the free world to her cosmetics choices that morning.

A reference to the (purported) lack of makeup of a woman who isn’t young and famous specifically for her beauty is, let’s get real here, an insult. It’s a you’ve-let-yourself-go. It’s a you look tired. When it’s like, she’s probably kind of tired! But also! Why would she be as done-up (in the female-politician sense) now as during the campaign? She’s probably better-rested now than she had been!

But enough of this speculation regarding what makeup Clinton is or isn’t wearing, let alone how she is or isn’t feeling. A word on the endlessly-less-important but far-more-knowable question of how I feel. And post-election, I’d say that my… how shall I put this… relationship to beauty has changed. Normally, I think makeup is fun! I don’t think conventional femininity should be denigrated!

Now? I feel a mix of the desire to say screw beauty standards and go out in sweatpants, and a sense of resignation that also, what do you know?, leads me to sweatpants. It’s not a performative feminist protest. It’s an impulse.

How Will We Remember Hillary Clinton After this Campaign? As ‘Makeup-Free’!