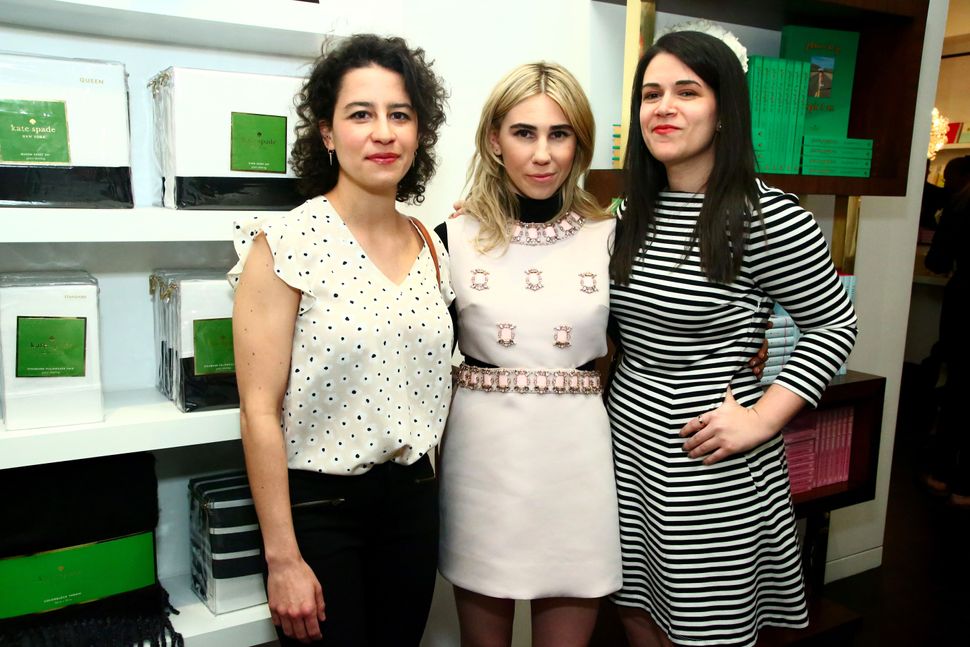 Joshua Seidel, who contributes to the Scribe at the Forward, is a self-identified Jewish supporter of Trump and the alt-right, as well as author of the sentence, “I have thick skin and a tolerance for others.” So in the spirit of healthy debate and open-mindedness, I’m going to respectfully ask what was up with his recent Federalist piece, which opens as follows:

“We all know the stereotypes for Jewish women and girls: Aggressive, demanding, pushy! Maybe some might say ‘whiny’! If you’re a Jewish man, you’ve either given voice to these opinions or privately considered them while walking home after another argument or sitting in a restaurant feeling emasculated. ‘All stereotypes are true’ Murry Rothbard once said, and we all know there’s truth to this one. Yet what kind of non-Jewish person would DARE to voice to the same opinion? Clearly, only Hitler. Or Stephen Bannon.”

As Mark Joseph Stern points out in Slate – and this is the aspect of this story I find compelling – Steve Bannon didn’t actually call Jewish women or girls whiny:

“Now, Seidel actually misquotes Bannon’s ex-wife, who, in reality, claimed that Bannon said he “doesn’t like Jews and that he doesn’t like the way they raise their kids to be ‘whiney brats’ and that he didn’t want the girls going to school with Jews. (Emphasis mine.)”

Why do I find this worth noting? Because Seidel has shifted Bannon’s alleged prejudice from a hatred of Jews (and of women) to a hatred of Jewish women. (Specifically: to a hatred of Jewish women often found within the Jewish community, separate from whatever we face as women and as Jews in mainstream society; as is spelled out on “Crazy Ex-Girlfriend,” the “JAP” is a concept that tends to need explaining on the outside.) Why has Seidel done so? I can’t know his mind, but I’d imagine the latter would be more palatable to a Jewish man, particularly one who identifies with the alt-right.