Donald Trump, Lena Dunham, and Why the ‘Persona’ is a Bad Fit For Politics 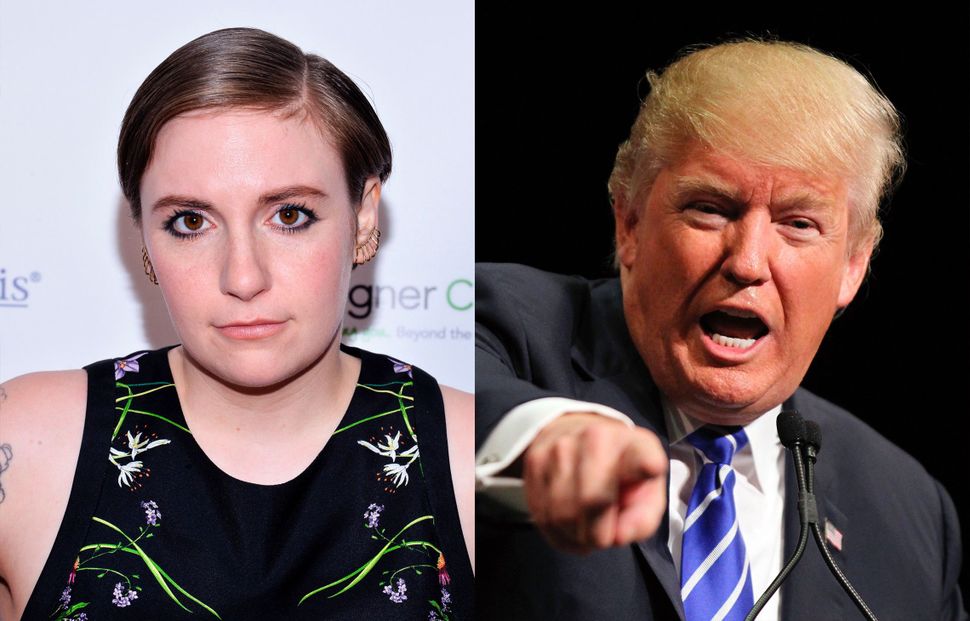 As anyone with even the most fleeting familiarity with the news cycle knew would happen, Lena Dunham has now offered an apology for her remarks about wishing she’d needed and had an abortion.

Yes, we are all sick of hearing about Dunham’s antics. Yes, I’m conflicted about keeping her in the news cycle. But there’s a part of her apology that has fairly, shall we say, yuge significance for understanding our times:

“My words were spoken from a sort of ‘delusional girl’ persona I often inhabit, a girl who careens between wisdom and ignorance (that’s what my TV show is too) and it didn’t translate.”

This “persona” assertion is important. Why? Because it tells us that there’s no clear line between the fictional Hannah Horvath, Dunham’s entitled protagonist on “Girls,” and the ostensibly real person who stumped for Hillary Clinton. What Dunham is telling us is that her entire (public) life is performance art, and that we have no good way of knowing when we’re getting the real her. Does she mean the latest outrageous thing she said? Who knows!

Ethically, I’d rather if the Democrats didn’t engage in persona politics. Strategically, I can understand why they tried. Personally, I wish they hadn’t, and would hope they wouldn’t do so in the future. But it seems unlikely, in the current cultural and political climate, that featuring a celebrity persona along those lines, who maybe means what she’s saying and maybe doesn’t, but is at any rate offering up the id (or unpleasant person version) of a certain percent of the electorate, was what cost them the election.

Donald Trump, Lena Dunham, and Why the ‘Persona’ is a Bad Fit For Politics