Can Hygge Be Jewish? 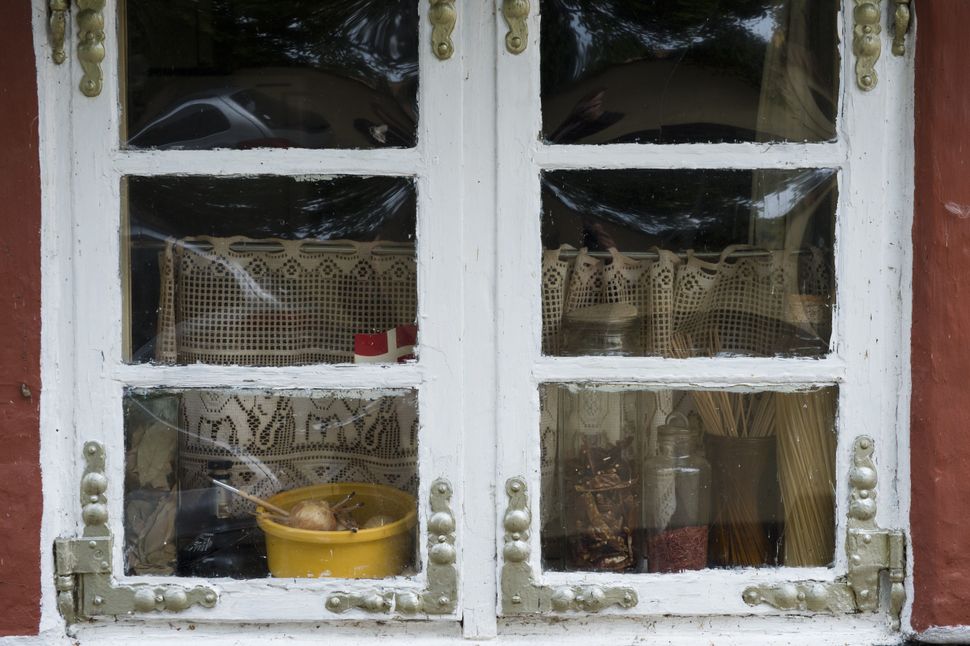 Is Danish coziness, or hygge, exclusionary? Image by Getty Images

If the trend pieces, first in the UK, now Stateside, are to be believed, the new thing is hygge. Hygge – too trendy to still require italics – is the Danish equivalent of coziness. But not exact equivalent or why would one need to emulate a particular country’s approach?

The headline to Penelope Green’s New York Times article, “Move Over, Marie Kondo: Make Room for the Hygge Hordes,” subtly reminds of the absurdity of these semi-invented trends. First came the “Japanese art” of bringing old clothes you no longer wear to the thrift store. Now we have the “Danish” practice of staying home and getting under blankets. Ordinary activities everyone was doing anyway are now getting rebranded as national traditions. (See also: the grand and extremely elegant French tradition of not wearing makeup.)

In a New Yorker piece, Anna Altman points out that hygge is just the latest way of describing an ongoing upscale meta-trend: “Artisanal this and homemade that, fetishizing what’s rustic as authentic, what’s simple as sophisticated: urban American sophisticates already know this aesthetic; we’ve aspired to it for a long time.” The New Brooklyn style, in other words.

While each installment manages to squeeze some meaning out of the Why Hygge, Why Now? dilemma, the most compelling of these deep dives appeared last month from Charlotte Higgins, in the Guardian. Higgins explains that hygge is a British publishing-driven trend (the bunch of new books is why the concept’s in the news), but something her Scandinavian sources just know:

“‘For me it’s a lot about family. Being together. Candles. It’s never about being posh, about cakes from the ‘right’ place. It’s cake you baked yourself. It’s a feeling. It’s something that has meaning in itself, it’s not a means to becoming a better person, like doing exercise. I associate it with being a child, the smell of my mother cooking onions in the next room. The smell of the Christmas tree.’”

I had first learned of the concept from a BBC Woman’s Hour podcast, where the Scandinavian guest expert was aghast that some high-end slippers were being sold as hygge – her own slippers had been knitted for her by an older female relative. Presumably my own slippers, $15 and from a fast-fashion establishment, fall somewhere in the middle of the hygge slipper spectrum.

Higgins, however, finds a “troubling side” to all the coziness: “While hygge had many variations, depending on whom you asked, it was always anti-modern, and always tinged with nostalgia.” Another source offers a cringe-inducing anecdote about how dreadful it was that some Syrian refugees didn’t pick the right lighting scheme for their home, suggesting to Higgins that, in some Danes’ understanding, “hygge was not merely the essence of Danishness, but also a kind of cultural border that outsiders could not quite cross.”

This and more leads Higgins to conclude:

“[I]t is precisely this sense that [hygge] is beyond politics – as well as its ubiquitous, irreducible Danishness (and thus not-foreignness) – that allows it to be mobilised by politicians, particularly those of the xenophobic far right, who have become a rising force in Danish politics over the past decade.”

Hygge in a sense very compatible with Jewishness: What could be more hygge than putting on your gotkes (worn-out flannel pajamas, at least in my household) and eating some latkes by the candlelight of a menorah? And the insider-outsider divide is a parochial universal. If you’ve ever been in a Jewish setting and felt that you didn’t need to explain a concept, to explain yourself, and found something cozy about that experience, you have, I suppose, enjoyed some Jewish hygge.

But there’s also something inherently non-Jewy about the concept. It’s tough to pin down what, exactly, so a rambling list follows: anti-modernity, anti-outsiders, outdoorsy-ness, anti-materialism, not talking too much, making a big fuss about Christmas.

Money can’t buy hygge. This is its charm and its sinister element. It’s like citizenship that can’t be acquired. Or perhaps like nobility that can only, but barely, be married into. It makes me think of the late nineteenth century (anti-Semitic) stories about rich Jews trying to enter the aristocracy. Or, in more recent terms, of the tinge of shame that I feel, as a Jewish woman, whenever I find myself up for going shopping. The negative stereotype of Woman as consumerist, converging with the ever-hovering cliché of the “Jewish American Princess.”

All of this is making me want to push Higgins’s argument further – as Danish-born Londoner Iman Mohamed already has – and declare hygge a dog-whistle.

The only thing making me cautiously pro-hygge is that the mood itself is one I know well, and have enjoyed in settings that are about as far removed from homogeneous Scandinavian (or, for that matter, homogeneously Jewish) society as one could find. A bunch of friends from different countries and different backgrounds can absolutely get together in one another’s homes, around a fireplace if one is available (and for a fleeting portion of my life, one was), and experience that optimal middle ground between going out and staying in. It’s exclusionary in the sense that any private gathering isn’t an open house, but not along racial or cultural lines. Cozy doesn’t have to be creepy! Socializing doesn’t have to involve $16 cocktails! But the part of coziness veneration where you’re supposed to self-flagellate for not being Scandinavian, that’s the bit where I’ll pass.

Can Hygge Be Jewish?