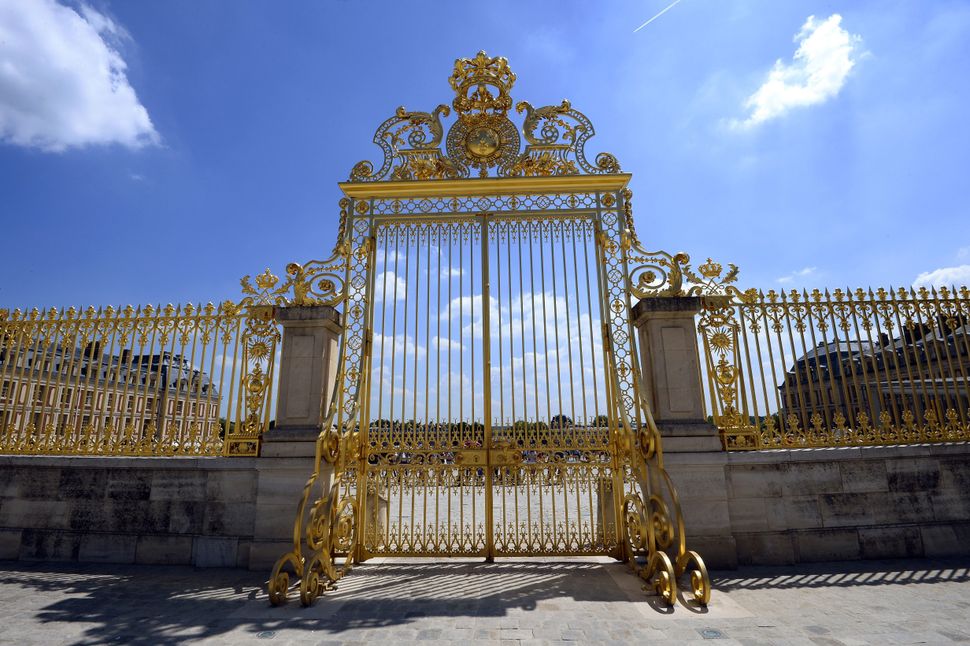 A literal gate of privilege in Versailles. Image by Getty Images

I’ve been thinking a lot about a recent New York Times essay by Lucinda Rosenfeld. In “Notes on the Upper Muddle,” Rosenfeld describes imagining she “hailed from the lower end of the middle class,” only to realize later in life that she had grown up “a bona fide member of the bourgeoisie.” She’d failed to take into account the existence of cultural capital – that is, the way her parents’ tastes and education helped her along the way. But she’d also just seen a bit more of society, enough to realize that even if you’re financially poorer than some, you can still be, well, not poor.

I could, on a personal level, relate to this essay. A lot. Not that there’s an item-by-item correspondence between my life thus far and Rosenfeld’s. But what I identified with was that ever-fluctuating sense, largely based on who’s around at the time, of where I fit into various societal hierarchies.

What Rosenfeld’s essay gets at so well is the persistent desire, in a society presenting itself as a meritocracy, to present oneself as scrappy relative to someone. She puts the reader into that push-and-pull of needing to think you’re an underdog (either in order to feel self-made, or out of a fear that everyone else really does have it easier) and at the same time knowing that the facts tell a more complicated story.

What also comes through is how the friends and classmates who have more are somehow more salient than the ones with less: “Unlike most of my friends, I got almost no financial help from my parents.” Such friend groups do indeed exist, although I’ve (thankfully?) spent my adult life thus far in different ones. But even beyond them, it’s easy to notice when a friend is (or would almost have to be) getting parental help at 25, 30, and not to notice when a different friend isn’t even in the “almost none” category, and is in fact, say, supporting older relatives. Easy, that is, because while wealth and middle-class scrappiness are each in their own way flaunted, great financial struggle, as a rule, is not.

There’s also the thing – and maybe, given her background, Rosenfeld experienced this as well? – where if come across as possessing cultural capital, new people you meet assume you have the capital-capital to go with. And the assumption that you have certain (material) advantages, paired with their absence, isn’t always the greatest. (It’s like, if the world thinks you fell backside-backwards into West Village townhouse ownership, the least the world could do is provide you with a West Village townhouse.)

Anyway, what I liked most about Rosenfeld’s essay was its embrace of the ambivalence of class self-identification. It’s not a straightforward mea culpa for having at one point failed to properly acknowledge her class privilege, but rather a portrait of how, as our worlds expand post-childhood, clarity of all kinds will often ensue.