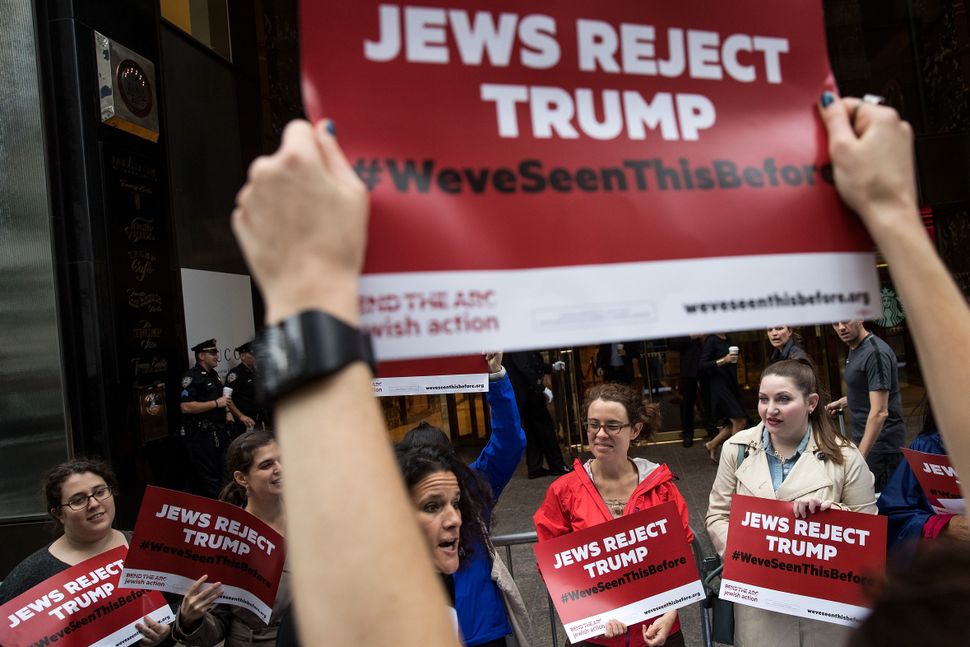 Prophecy has never been non-partisan. For thousands of years, Judaism (and especially the writings of the prophets) has contained ethical and moral imperatives that require an engagement with the world, and offer not just the vision of a messianic age – but a demand that we, as Jews, help create it.

Years after Rabbi Abraham Joshua Heschel marched in Selma with Dr. Martin Luther King, Jr. he wrote: “I felt a sense of the holy in what I was doing…[but I also] felt again…that Jewish religious institutions…missed a great opportunity, namely, to interpret a civil-rights movement in terms of Judaism. The vast numbers of Jews participating actively in it are totally unaware of what the movement means in terms of prophetic traditions.” Because for Heschel, marching with King wasn’t a choice – it was a religious obligation – required of him by his faith, by the faith of the prophets, and by his friendship with King, in whose liberation he glimpsed his own.

Heschel understood that he was part of a long and esteemed tradition of standing up and speaking out that reached all the way back to the prophets. In 1963, Rabbi Joachim Prinz helped lead the March on Washington, and is memorialized in nearly every photo, at King’s side. In January 1964, the Union of American Hebrew Congregations (the name for the then governing body of the Reform Movement) sent a bus of rabbis to Washington as the house prepared to debate the Civil Rights Act. In years since, members and leaders of the American Jewish community have rallied and marched on Washington (and elsewhere) on behalf of refuseniks, Ethiopian Jews, Israel, Darfur and numerous other causes.

The Women’s March on Washington this upcoming Shabbat, the day after Donald Trump’s inauguration, is no different; Jewish participation will likely be high, and some of the most notable organizers are prominent Jewish women like Gloria Steinem. The march’s mission statement announces that it’s aim is to “send… a bold message to our new government on their first day in office, and to the world that women’s rights are human rights… We stand together, recognizing that defending the most marginalized among us is defending all of us.” This mission is consonant with the fundamental progressive – and prophetic – Jewish values articulated in our most sacred texts. (e.g.-Isaiah 58: 5-7 “Is this the fast I desire, a day for men to starve their bodies?… Do you call that a fast…?…this is the fast I desire: To unlock the fetters of wickedness, and untie the cords of the yoke, to let the oppressed go free; [and]… break off every yoke.), the message of our Passover seders, and the conviction (regardless of observance) that we are all, regardless of gender, socio-economic status, race or religion, created b’tzelem elohim, in God’s image and deserving of dignity, compassion and kindness.

Seventy percent of American Jews voted for Hillary Clinton, and it’s likely that some percentage of those will be attending the march. And though the overlap of Shabbat and the march has created a conflict among the most observant attendees, for others it’s a beautiful way to act on their Jewish values by setting aside a day that might otherwise be spent relaxing with friends, playing with their kids, or doing the things they most enjoy. They are instead traveling to DC, standing up for what’s right, spending hours in the cold, and taking a day out of their lives to speak truth to power.

Like Jews have been for so many generations before them, they will be praying with their feet. The prophets – and Rabbi Heschel – would be proud.