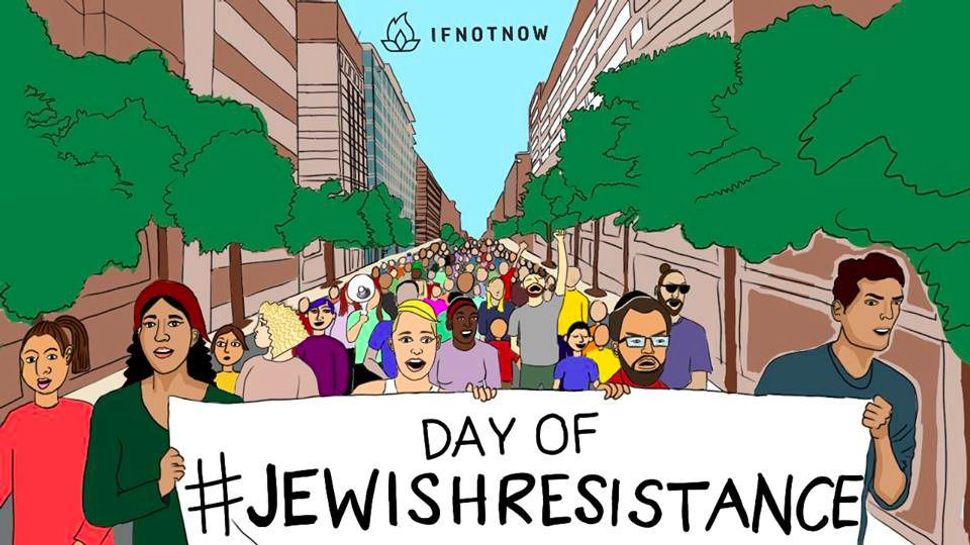 An anti-Trump protest coinciding with the Women’s March on Washington is set to take place outside the U.S. embassy in Tel Aviv on Saturday. But protesters are split about whether to make Israel’s policy toward the Palestinians a key focus of the demonstration.

Pantsuit Nation Israel, an offshoot of the pro-Hillary Clinton Facebook group in America, is sponsoring the rally along with If Not Now and All That’s Left, two groups opposed to Israel’s military occupation of Palestinian territory.

The three groups are marching together against incoming U.S. President Donald Trump as a rejection of racism and bigotry in Trump’s America. But while Pantsuit Nation Israel wants to stay away from local politics, If Not Now and All That’s Left see the march as an opportunity to bring up the pro-occupation stance of Trump’s Israel envoy David Friedman.

In its Facebook event listing, Pantsuit Nation Israel seemed to distance itself from the two anti-occupation groups as it announced the partnership.

“Cooperation with other groups does not mean that Pantsuit Nation endorses their politics or ideology,” said the invitation. “Now is a time for us to come together and work to resist Trump and his ideology.”

“We didn’t want to be pigeonholed as left wing or anti-occupation,” said Mindy Goldberg, a Pantsuit Nation Israel organizer, explaining the disclaimer. She said that the message of the march was “broader than that.”

If Not Now is U.S.-based while All That’s Left is made up primarily of American activists in Israel. The organizers expect a few hundred American-Israelis to come.

Goldberg suggested that If Not Now and All That’s Left agreed to put anti-occupation messaging aside for this protest.

But Shifra Sered, an organizer with All That’s Left, said that no such agreement was made.

“I wouldn’t be involved in something I felt was trying to silence my point of view,” she said.

Sered said the All That’s Left and If Not Now would use the protest to decry Friedman as well as Steve Bannon, Trump’s chief of staff who oversaw Breitbart News, a favorite news platform of the anti-Semitic and racist “alt right.” Their message will be directed at U.S. Jewish organizations who have supported Trump because of his Zionist credentials, overlooking the anti-Semitism among his followers.

“For us what it means is demanding that the U.S. Jewish establishment denounce Trump and denounce David Friedman and Steve Bannon and demand an end to pro-Israel-at-any-cost politics that motivate the American Jewish agenda,” said Sered. 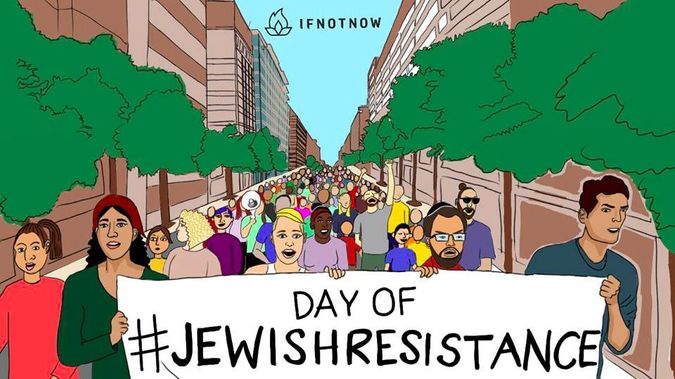 Despite the disagreements over the message, the groups said that coalition building among disparate groups on the left is key in the Trump era. Members of If Not Now, All That’s Left and Pantsuit Nation Israel made signs together on Wednesday night ahead of the Saturday protest.

A fourth group, Democrats Abroad Israel, decided against a protest in favor of a parlor meeting timed with the Women’s March on Washington. It will be held in a private home in Jaffa, where American-Israelis can vent their frustration about the election results and scheme about how to turn their “anger into positive activism,” according to the Facebook invitation.

“Comfort food will be served,” the invitation said.