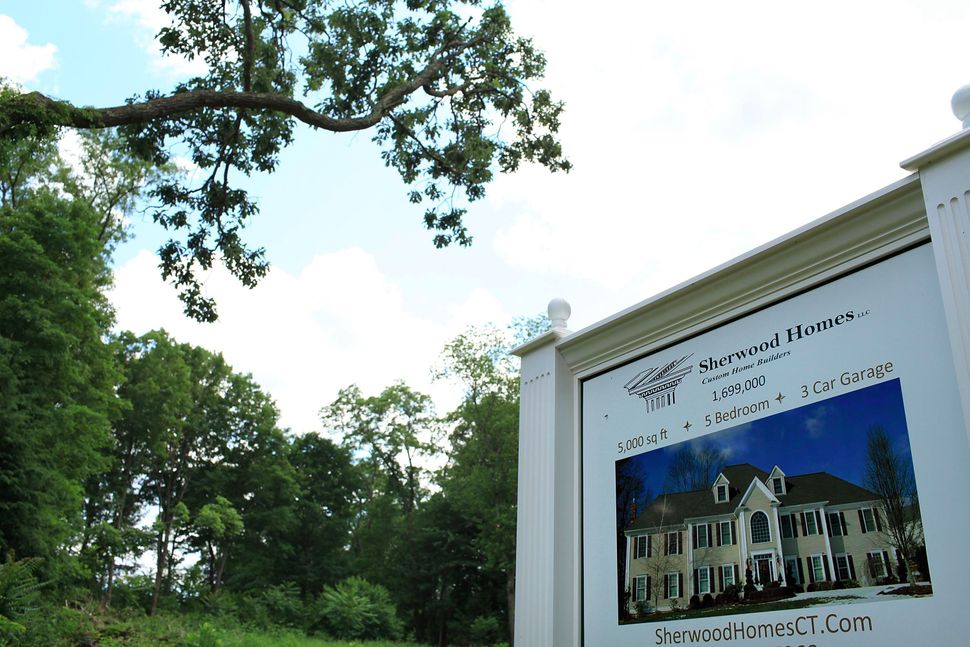 Updated February 3, after the Forward had spoken directly with Bari Reiner.

I hoped not. Really I did. I hoped, when I saw that a woman named Bari Reiner had told an Associated Press journalist that she found it offensive to have “white privilege” as the topic of an essay contest in her Connecticut town, that the woman with this deeply unfortunate #take would not be One of Us. However, Reiner told the Forward that though she defends the town’s right to do whatever they want, she thought the topic of high school student essay contest was indeed “offensive.” It is an inappropriate topic she told us, because the “town doesn’t ban black people, or anyone.”

Well, she’s definitely Jewish. Moreover — unless there are two Bari Reiners in Westport, Connecticut, in which case my deepest sympathies to the other or others — she’s a publicly-declared Jew for Trump. She’s also 72, which means… I don’t know what it means, really. It means she gets a pass for not hearing “white privilege” and immediately summoning the background reading she did in a liberal-arts seminar last week. But there are, I’m willing to bet, many women of her background over the age of 25 to whom it does not need to be spelled out that racism can exist even in the absence of a town full-on banning black people.

There is, however an anti-racist case to be made (but I would think so, having written the long version) against wealthy white communities focusing their social justice efforts on encouraging young people to contemplate their own white privilege. A focus on renouncing (or, often enough, just contemplating) one’s own unearned advantages, as versus on ending others’ oppression, leads reliably to a social-justice rut. The essay prompt — and this is key — is not an open-ended one about the phenomenon of white privilege, to which a viable response would be, say, a composition about police brutality. It demands a personal response: “To what extent do you think [white] privilege exists? What impact do you think it has had in your life — whatever your racial or ethnic identity — and in our society more broadly?” It’s tough for rich white adults, let alone rich white 9th graders, to spell out which of their own personal, specific advantages come from wealth, which from race, and which from individual family circumstances.

And yeah, I’m torn. A part of me wants to say that at a time like this, all anti-racist efforts, however clumsy, deserve praise. But awarding $1,000 to a Westport, CT teen who has best contemplated white privilege that he or she very likely possesses seems… not super helpful. I’d much rather see an essay prompt asking teens to set aside the personal and read a few newspapers to learn what that “No Ban, No Wall” is in reference to.