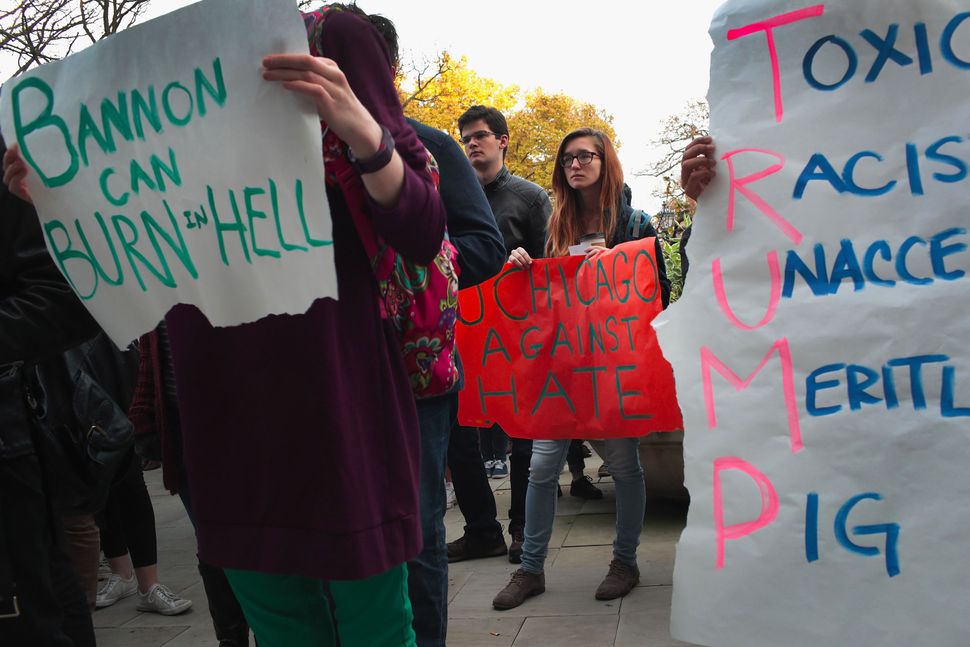 In the New Yorker, Andrew Marantz reports on (but is unable to directly reach) one Julia Hahn, Steve Bannon’s Breitbart-writer protégée and now a special assistant to Donald Trump, the one who’s technically the president. Hahn, whom a friend describes to Marantz as a “sweet Jewish girl from California,” is 25 and, according to known hippie (#sarcasm) William Kristol, as quoted in the Washington Post, will “‘make Bannon look moderate.’”

She also graduated from the University of Chicago and studied abroad in Paris. Hey, me too! The bubble contains multitudes.