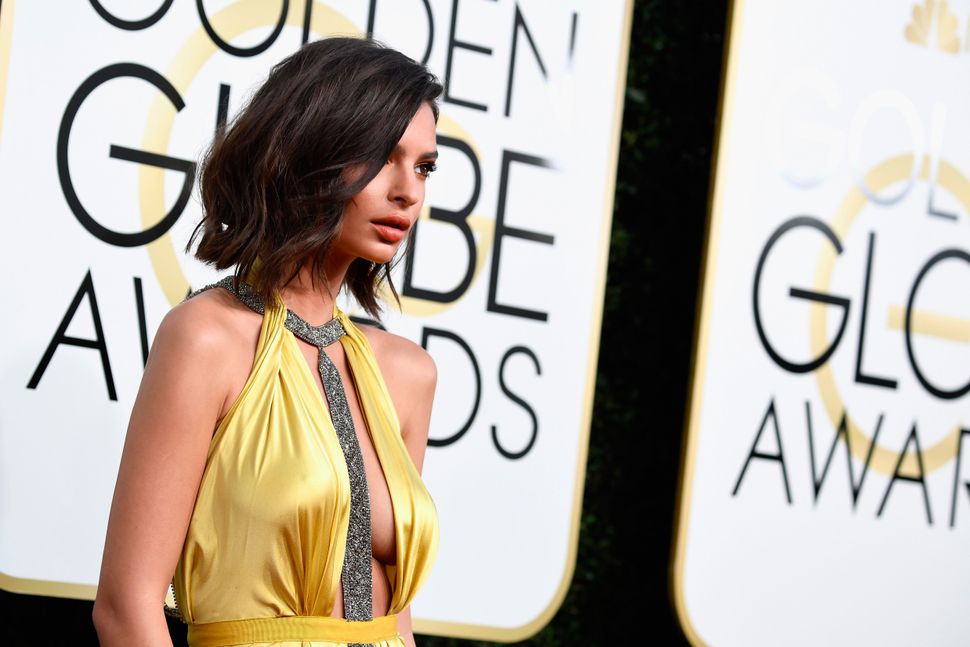 Yesterday Emily Ratajkowski, leading progressive voice in what might best be called stunningness-positive feminism, took to Twitter to defend First Lady Melania Trump from the words of an unnamed New York Times journalist who had (privately) called Melania “a hooker.” (See Heather Schwedel in Slate on the… ambiguities of Ratajkowski’s activist stance: “[W]hen she posts hot pictures, it’s not about getting likes or validation but about pushing back on the male gaze.”)

There have been a couple developments since earlier Forward coverage: One: Melania personally thanked Ratajkowski, tweeting, “Applause to all women around the world who speak up, stand up and support other women!” followed by two Very Empowering hashtags: “#PowerOfEveryWoman” and “#PowerOfTheFirstLady.” And two: Jacob Bernstein, who’s apparently Nora Ephron’s son, admitted — also on Twitter — that he’s the journalist in question, offering an apology for repeating unsubstantiated gossip. It’s not entirely clear to whom he was apologizing, but a good guess would be his employer, for having made the poor decision to speak ill of a former model to a current model whose cause is being respectful to models.

So there we have it. Slut-shaming: bad! (Slightly more controversial but hinted at, maybe: Sex-worker-shaming: bad!) Behold, a feminist victory: two women, from opposite ends of the political spectrum, one Jewish, the other married to Donald Trump, have agreed that it’s rude to say mean things about (beautiful) women, and that the (beautiful) female form should be celebrated. Both legit feminist points! But limited ones. And ones that cease to be quite so feminist when the same generosity isn’t extended to ordinary-looking or ugly women.

Alas, this seems to be where Trumpist feminism has landed: the legit but limited point that a woman should not be hated for being beautiful.