Getting a Feminist Get 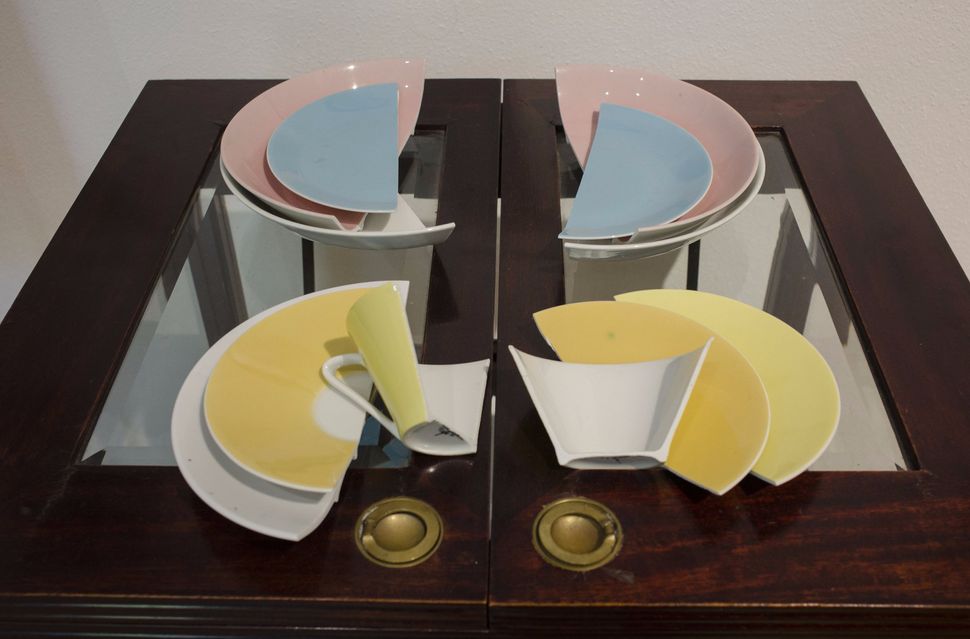 When my ex and I divorced in 2010, I didn’t think much about a get. I loved him but I knew that the relationship was beyond repair. Our civil divorce was uncomplicated. We’d been married only two years, and had no children together. We agreed that both of us would leave the marriage with what we had come in with. We filed jointly. I got a copy of the decree with the judge’s signature in the mail a few days later, and that was it.

Enter my rabbi, who raised the subject of a get. I belong to a Conservative synagogue where egalitarianism is a key principle. Women are encouraged to wrap tefillin and read Torah. My ex-husband and I had an egalitarian wedding. We exchanged rings. Instead of me circling my groom seven times, we circled each other. But I learned that when it comes to divorce, egalitarianism goes AWOL.

I told my rabbi that I didn’t want a get. Jewish marriage, historically, was an act of property acquisition (the reason why weddings are not held on Shabbat), and the get’s purpose is to nullify the contract of that acquisition. While Jewish marriage has evolved, to this day, only the husband can initiate a get. I explained how the language of the get was distasteful to me: “You are hereby permitted to any man.” My ex-husband proclaiming that I was now “permitted to any man” was too much to take; I would be the one to decide when and to whom I would permit myself. And, I didn’t know if I would marry again, and if I did, it was unlikely that I would marry a man frum enough to care if I had a get.

I asked why our shul hadn’t moved to an egalitarian get. Because of mamzerim, he explained. A woman who remarries without a get is considered an adulteress, and her children, mamzers, outcasts from Jewish society, “to the tenth generation.” Mamzers can only marry other mamzers, so the ritual is kept for the sake of future children. My rabbi knew as well as I that the chance of me having more children was close to zero. As to being considered an adulteress, I was ok with that; a Chabadnik had informed me years before I married that I was a zonah, widely translated as “harlot,” because I had been married previously to a man who wasn’t Jewish. Adding “adulteress” to “harlot” didn’t seem like that big of a thing.

My rabbi is persuasive, and in the end, in appreciation of his support over the years, I decided to go along, with one condition: I would give my ex a get as well. It was the only way I could make peace with it. This was outside of halacha, but that was my deal; take it or leave it.

I asked my ex-husband if he would participate. He had no objection. To counteract any feeling of being “cast away,” or “set aside” as the get declared, I bought a new dress for the occasion. I wanted to feel confident and self-determining. I chose a low-cut sundress and a meant-for-business pushup bra. I wanted my ex to regret things. Badly. I wrote up my get with a Sharpie marker on a piece of construction paper, finding the wording on an Orthodox website that warned of “tragic personal consequences” for women who don’t obtain a get.

I went to synagogue on the appointed day. My ex, the beit din and two close women friends whom I’d asked to be my witnesses were already there. I cried as my rabbi read the get out loud. Ending the marriage was necessary, but it still hurt.

I followed the rabbi’s instructions. I held out my hands to show that I had no rings on, so there would be nothing standing between my hands and the get. I cupped my hands together. My ex stood facing me. The rabbi handed my ex-husband the get, which was folded into a small square, and he dropped it into my hands. Then I was told to walk around the room with the get to indicate I accepted possession of it.

Then, I read the get I wrote out for him. I was casting him away, setting him aside, and I was now permitting him to any woman. I asked him to walk around the room with it, indicating acceptance and possession.

Afterwards, my two witnesses and I drove to a nearby Mexican restaurant for sustenance: food and margaritas.

I haven’t had cause to have to show my get in the seven years since the ceremony. I haven’t remarried, and it’s a good thing that I haven’t needed it, since I just received my formal certificate last week, six years later, from the Rabbinical Assembly of the Pacific Southwest Region. I still have the bra and the sundress.

Margie Newman writes and teaches in St. Paul, Minnesota. She is at work on a memoir about growing up as the daughter of a Holocaust survivor.

Getting a Feminist Get