What Fighting Anti-Semitism Can Teach Us About Battling Transphobia 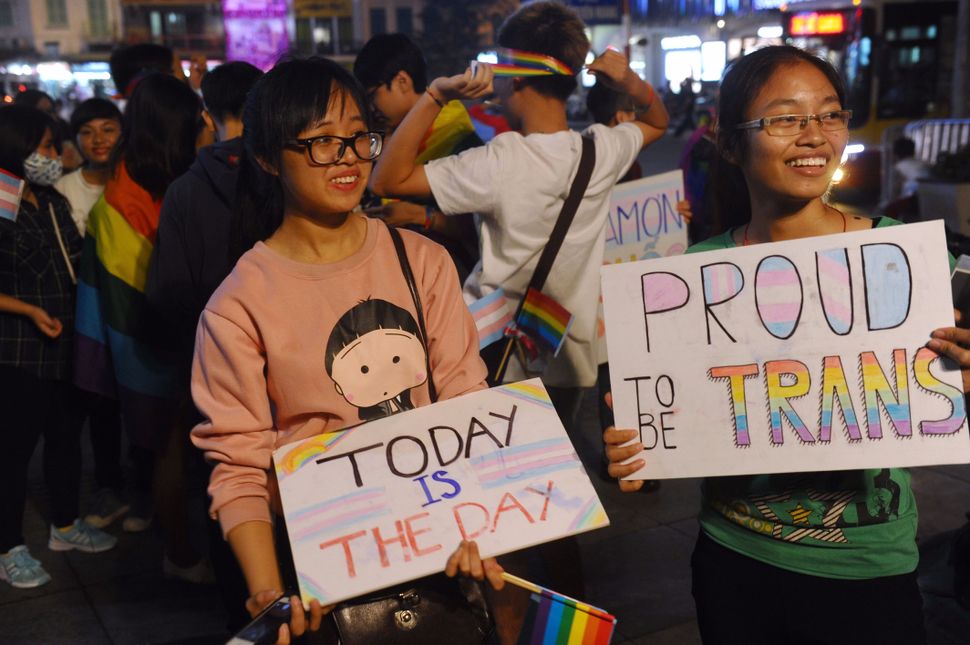 I can’t say I’m surprised that President Trump has reversed Obama-administration guidelines allowing transgender students to use the bathrooms of their choice. Yes, partly because it seems like the sort of thing he’d do, but also, more specifically, because of what “Transgender” has come to represent in the culture.

This is a topic that ought to be of interest to Jews, including the vast majority of us who are not trans. Why? Because we, too, have a history of existing both as real human beings, Jews, and as an idea, “The Jews.” Politically, culturally, The Jews fall in and out of favor. One minute the left likes us so the right hates us, the next minute (or in another country, at the same time), it’s the other way around. This symbolic entity, The Jews, represented and represents all manner of ever-shifting values (progressive or traditionalist; capitalist or communist), ones only tangentially related to anything actual Jews, let alone most Jews, are up to.

So, too, with transgender people. There are, on the one hand, transgender individuals, who are human beings. (A point driven home all too poignantly by the current battle over access to the facilities all human beings require.) On the other, there’s the idea of “Transgender,” celebrated (in a limited way) in progressive pop culture, and despised by… well, really a whole gamut of intersecting ideologies. In its symbolic incarnation Transgender means Oppression Olympics, ‘political correctness’ on college campuses. Jargon. An emphasis on the cultural over the material. Which is absurd – transgender people are people, few of whom are runway models or TV stars. They’re a marginalized minority group, not a social club at Vassar or whatever.

And for those who are both trans and Jewish? So much symbolism! And yet: also real people. Not ideas. People.

What Fighting Anti-Semitism Can Teach Us About Battling Transphobia