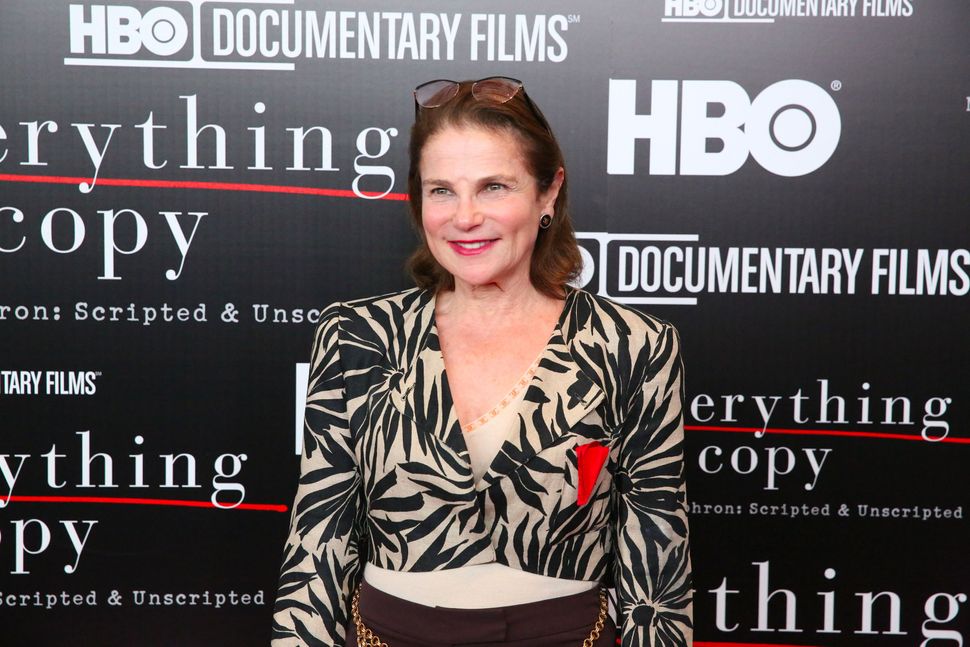 So I was late to Season 2 of “Crazy Ex-Girlfriend,” but am up to speed and can safely say it’s must-see viewing for a Sisterhood reader, or anyone, for that matter. But if there’s one moment that a Sisterhood reader should consider basically assigned viewing, it’s the song, “Remember That We Suffered,” which features legend Patti LuPone as a rabbi. The song is perhaps best described as the “lachrymose conception of Jewish history” (a concept coined by the late scholar Salo Baron), but a show tune.

The song also features Tovah Feldshuh, aka Naomi Bunch, Rebecca’s mom. While I hope for many more seasons of “Crazy Ex-Girlfriend,” I’d also like to put in a humble request, at some point, for a Naomi Bunch spinoff. Because that would be amazing.