From The Department Of Sound Advice: No Blackface For Purim 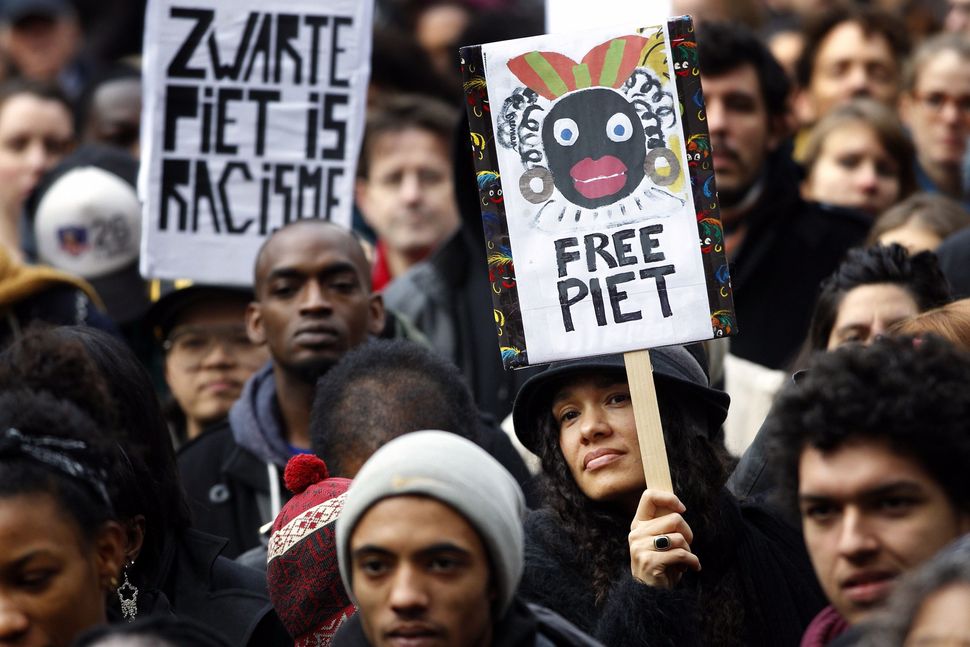 A protest against “Zwarte Piet”, a blackface Christmastime tradition in the Netherlands. Image by Getty Images

At Jewcy, Gabriela Geselowitz offers advice to Jews thinking of wearing blackface for Purim. Don’t. I second that advice wholeheartedly. Still unsure why blackface — on Purim or in general — is a bad idea? Geselowitz spells out the essential: “If a minority community overwhelmingly communicates that an aspect of emulating them for a costume is offensive, and you do it anyway, what does that say about your respect for others?”

Geselowitz also has helpful tips for those who encounter perhaps inadvertently racist revelers.

[C]onsider this your reminder that if you’re at a Purim party with someone in an offensive outfit, you’re obligated to say something. Don’t go on the attack, and don’t do it in front of others; that will only make them defensive. Just take them aside and politely explain why their costume is a problem; they legitimately might not know.

From The Department Of Sound Advice: No Blackface For Purim