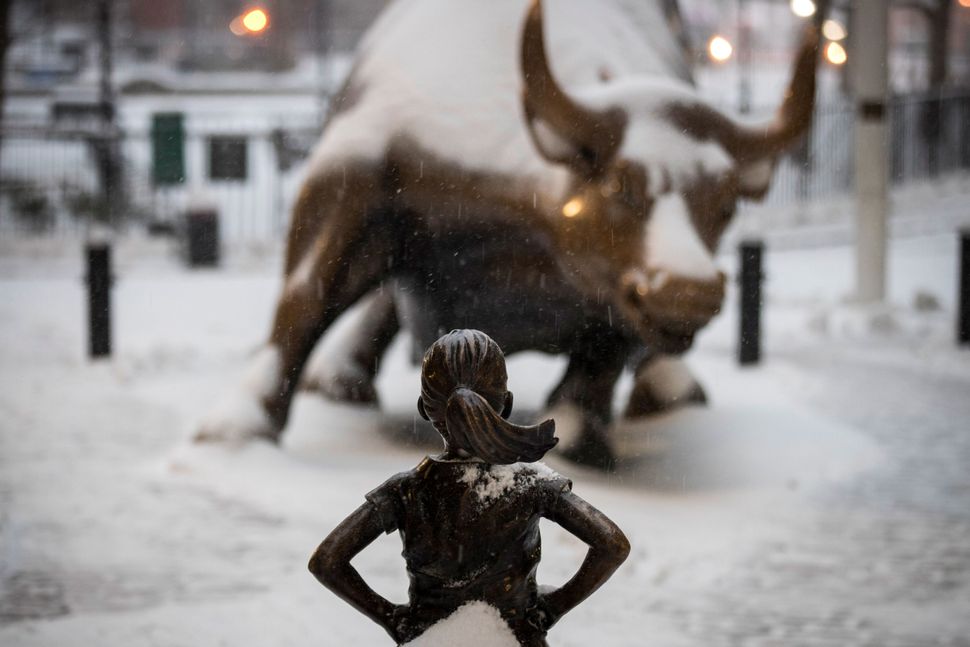 A Fearless Girl faces down a bull in a snowstorm. Image by Getty Images

In case you missed it: There’s a “Fearless Girl” statue on Wall Street, a statue of a small girl bravely facing down the bull (statue) that’s normally there. The statue — coinciding with International Women’s Day last week — may seem very feminist and empowering. Or does it?

In a great piece on Hyperallergic, Jillian Steinhauer offers some necessary skepticism:

I spent International Women’s Day on strike and not looking very much at the news or my phone. When I heard about the stunt, sometime in the evening, I felt offense begin to bore a hole deep in my core. Could there possibly be anything more patronizing than two massive, male-dominated capitalist companies installing a branded statue of the most conceivably non-threatening version of womankind in supposed honor of a day devoted to women’s equality that was founded by the Socialist Party?

No, alas, I think there could not.

Steinhauer suggests “public statues of historic women” and “truly challenging feminist public art” as alternatives, and takes the interest sparked by “Fearless Girl” as a good sign. Seems right to me.