What Anti-Zionists Like Linda Sarsour Get Wrong About Feminism 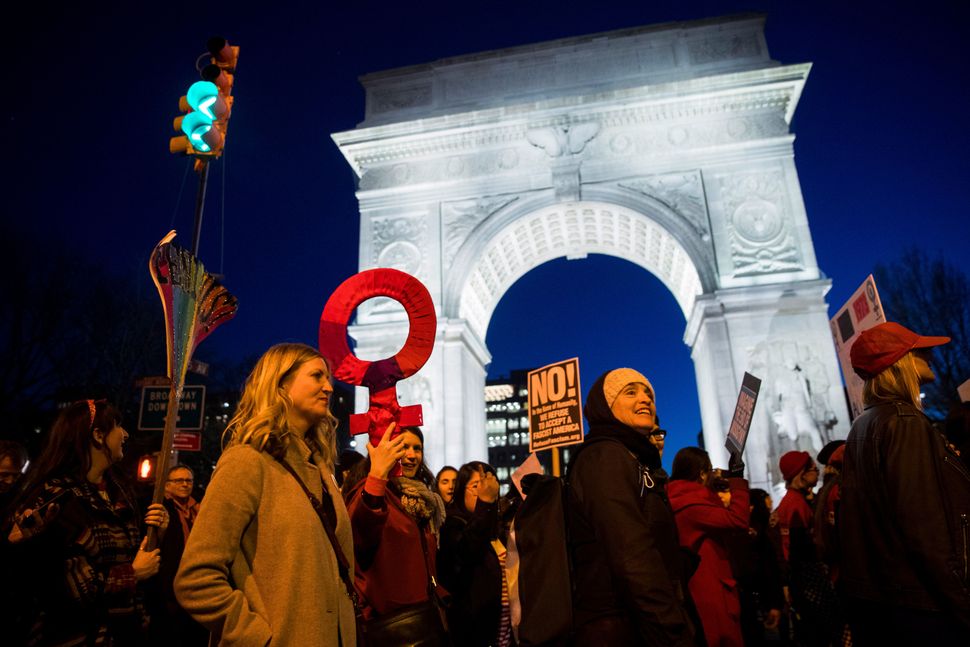 Last week, I wrote in The New York Times about my concerns, as a Zionist feminist, with the March 8 International Women’s Strike. Because the platform for the strike called for the “decolonization of Palestine” as part of “the beating heart of this new feminist movement,” and one of its prominent organizers, Rasmea Odeh, is a convicted terrorist, I feared there was no room for a feminist like myself who believes Israel has a right to exist. As I noted then, “Increasingly, I worry that my support for Israel will bar me from the feminist movement that, in aiming to be inclusive, has come to insist that feminism is connected to a wide variety of political causes.”

On Monday, The Nation published an interview by Collier Meyerson with Linda Sarsour, one of the leaders of the January 21 Women’s March. I respect the work Sarsour has done to organize and promote the Women’s March, and I admire the way she has committed so much of her life to feminism. However, I was disappointed that Meyerson’s interview with Sarsour failed to address the actual concerns I presented in The New York Times.

For one, Meyerson and Sarsour glossed over the fact that I explicitly wrote at the outset, “I hope for a two-state solution and am critical of certain Israeli government policies.” Ignoring that basic tenet of my perspective is a serious misrepresentation that seems all too convenient for Sarsour.

Incidentally, Sarsour appears to openly oppose the two-state solution — the very two-state solution championed by Bernie Sanders in February at J Street’s national conference, where he criticized Donald Trump for waffling on it. (Sarsour’s opposition to two states does not seem very progressive to me, but let’s put that aside.)

Sarsour then made an insinuation that was both presumptuous and inaccurate. “It’s been a little surprising to the [right-wing Zionists] to see [Palestinian-American] women in leadership roles in social-justice movements,” she said, “because [they are realizing] it means that the Palestinian Liberation Movement and the Palestinian Solidarity Movement are gaining traction among young people and people of color in the United States.” Not only do I not identify as a “right-wing Zionist,” as previously mentioned, but I also certainly do not find the leadership of Palestinian women to be “surprising” or anything less than positive.

I sincerely hope women of all backgrounds take on feminist leadership roles. However, I draw a hard line at convicted terrorists like Rasmea Odeh. Let’s be clear: Odeh was convicted for her role in a bombing that killed two Jewish college students at Hebrew University in a trial deemed fair by an observer from the International Red Cross. Though she disputes her conviction, Odeh has never denied being a member of the U.S. and European Union-designated terrorist group the Popular Front For The Liberation Of Palestine. Tellingly, Meyerson and Sarsour conveniently do not address Odeh’s history, even though it formed a substantial part of my piece — so much so that the Times chose to feature her picture on the page.

Sarsour and Meyerson also fail to address one of the key arguments I did make — namely, why is it that Israel should be singled out for the suffering of Palestinian women and children. I deeply sympathize with Palestinian women; according to the United Nations, “29.9% of ever-married women in the West Bank and 51% in the Gaza Strip have been subjected to a form of violence within the household.” The same report noted, “According to the Independent Commission For Human Rights and women’s organizations, 28 women were killed in the name of so-called ‘honour’ in 2013, which signals a worrying deterioration and/or increased reporting, since in 2012, the reported number was 12 and in 2011, it was 8.” One would think that the organizers behind the International Women’s Strike platform would, at least, be just as interested in combating domestic patriarchal abuse and oppression of Palestinian women, who are also denied access to safe abortion — unless they travel to Israel. This insistence on impugning Israel alone in the oppression of Palestinian women, then, is neither fair nor factual.

In the interview for The Nation, Sarsour declared, “Whether you’re talking about Palestinian women, Mexican women, women in Brazil, China, or women in Saudi Arabia — this feminist movement is an international global movement.” Let’s be clear: Mexico, Brazil, China and Saudi Arabia were not censured in the platform. Neither was Yemen, where, according to Human Rights Watch, women “face severe discrimination in law and practice… cannot marry without the permission of their male guardian and do not have equal rights to divorce, inheritance, or child custody.” Also, “lack of legal protection leaves them exposed to domestic and sexual violence.” Why was there no criticism of Pakistan, where, according to HRW, “violence against women and girls — including rape, murder through so-called honor killings, acid attacks, domestic violence, and forced marriage — remained routine” and “Pakistani human rights [nongovernmental organizations] estimate that there are about 1,000 ‘honor killings’ every year”?

I am not suggesting that anyone should let the Jewish state off the hook or refrain from criticizing its government or policies. I am questioning why no non-Jewish state appears to have been held to the same standard. That does not seem to reflect a commitment to equality — quite the reverse.

Sarsour said in the interview, “I would say that anyone who wants to call themselves an activist cannot be selective.” Thus, in addition to not acknowledging my argument, Sarsour does not seem to appreciate the implications of her own because it is clear she is selective in what she deems a worthy cause for activists. Unfortunately, I believe such selectivity will ultimately do far more harm than good.

Emily Shire is the politics editor at Bustle. Her work has appeared in The New York Times, The Daily Beast, WashingtonPost.com and The Atlantic. Follow her on Twitter, @eshire.

What Anti-Zionists Like Linda Sarsour Get Wrong About Feminism