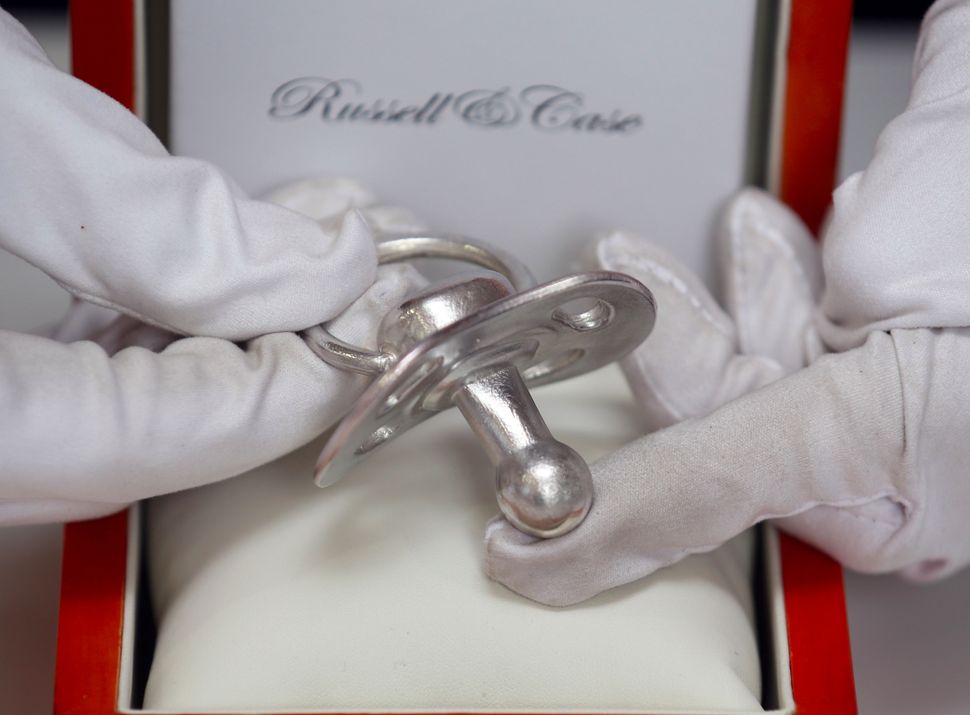 The expression ‘breastfeeding controversy’ evokes the eternal debate over whether it’s better to breast- or bottle-feed infants. Or maybe the question of where, if anywhere, the act of breastfeeding shouldn’t be endeavored. (Or, quite possibly, Talmudic breastfeeding conundrums.)

Or that’s what it did evoke, until recently: As followers of Canadian media are already copiously aware, there’s a disturbing, dare I say bonkers story making the rounds, about… Take it away, Sean Craig of the National Post:

The Globe and Mail has removed a piece from its website in which a longtime columnist claims she once attempted to breastfeed the infant child of Conservative leadership candidate Michael Chong without his or his wife’s consent, and while she was not lactating.

Understandably, the Canadian internet has been, shall we say, processing this bonkers information.

Leah McLaren’s column in question, which lives on, as Craig notes, in archive form, is strange business. McLaren — now a mother in her 40s — recalls life as a childless woman in her 20s. Her biological clock, as she recounts it, inspired her to pick up someone else’s baby (she didn’t, at the time, know whose) and unbutton her top, with every intention of offering herself up as the baby’s pacifier. If dad hadn’t walked in, unnerved, and taken his child, she’d have gone ahead with her plan.

The story poses all kinds of ethical issues, so many it’s hard to know where to begin. There’s of course the question of consent – the baby’s, which couldn’t have been given, being a baby and all, and that of the baby’s parents, who obviously neither had nor would give consent to a fellow party attendee to offer a nipple up to their baby for use as a pacifier. Had McLaren been lactating, there would also have been a whole slew of potential medical concerns. As violations go, this is really up there. The story presents itself as a lighthearted, earth-mother-type plea to be less uptight about nipples and breast milk, but winds up effectively laughing off behavior that crosses just about every line.

Then there’s the paper’s initial choice to run the piece, then to quietly take it down. These things happen, I suppose, but the problems here go well beyond what’s referred to in journalistic circles as a bad take.