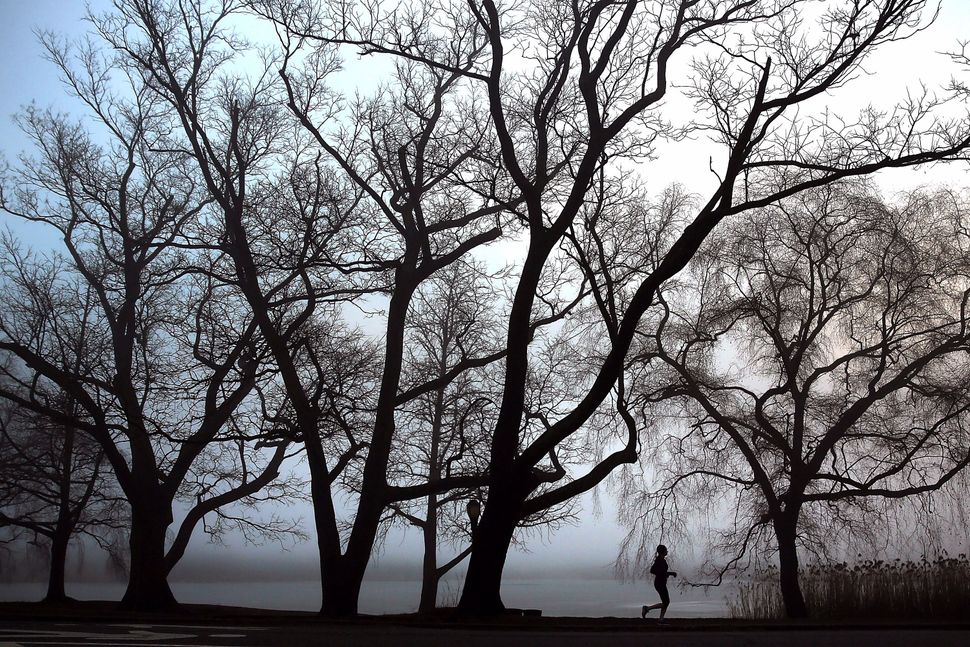 This week is National Infertility Awareness Week but for me, every week since December 13, 2011 is infertility awareness week. That’s the day a surgeon removed my lentil-sized embryo and the fallopian tube it was stuck in. Left to grow, the embryo that I wanted so badly to be my first child would have killed me. The time I spent in infertility hell coincided with a time when I, a third-generation New Yorker, lived with my then-husband in Mississippi, where citizens had just voted down personhood legislation, which would have outlawed both my life-saving surgery and the subsequent interventions that gave me hope of conceiving again.

While I admired much about Mississippi, it was hard for me to live in such a thoroughly Christian place. As I prepared for IVF, I found little comfort in in-person support groups or on internet-based pregnancy loss forums, awash with alienating talk of unsuccessful attempts as angels. I found myself holding the rational positions about the unlikelihood of its success (IVF cycles fail 60 to 80% of the time) as a bulwark against others’ Christian optimism. The faith that comforted them grated on me. My IVF failed.

Growing up, my family’s religious observance was limited to latkes at Hanukkah and politics over the Seder table – in part because that’s what we did, and in part because our mixed-race, atheist family with radical politics didn’t find a welcoming Jewish space among the 1980s-era New York suburban options. I had always yearned for more, though, and assumed I’d find my way when I became a Jewish mother of Jewish children. Forced to face a future without children meant figuring out my Jewishness for no one but myself.

I felt much further from home than the 1,200 miles that separate NYC from Mississippi, and I began to tentatively observe Shabbat. I baked a challah, lit the candles but skipped the blessings. My ex is a good, deeply feeling man but infertility is hard on a marriage. The stigma about pregnancy loss is heightened by how Christian American culture and politics are, and, as abortion-rights activist Ilsye Hogue put it, by “the singular vision of what women are put on Earth to do — to get pregnant.” In all that, there’s so little room for ambivalence.

But ambivalence is a part of grief, and of infertility. For this pro-choice feminist Jew, infertility provoked another internal conflict: embryos are not people, and yet, I have missed the people those embryos never became every day since I lost them. I expect to for the rest of my life, even as I am certain there is no such thing as a “good” abortion — the kind society says I had — or a “bad” one.

The comfort with conflict and ambivalence in Jewish tradition felt like the only place to grapple with these questions, even as organized Jewish life can be forbidding and family-oriented. It was hard to find a way to observance, especially in Mississippi (though there are Jews there, of course). I returned home to Brooklyn, ending my marriage. Freed, adrift, I began to attend shul on Saturday mornings.

Shabbat services — the practice of joy – were just what I needed to find a small measure peace in the maelstrom of infertility, divorce, and my father’s terminal lung cancer. I clung to it and my politics, and was desperately grateful that all of me – my politics, my lack of Jewish knowledge, my atheism, my mixed-race, mixed-heritage identities – were welcome at shul.

When my father died, I clung again to Judaism’s mourning rituals. Shabbat became a container for the immensity of my feelings, a time to sit inside my grief and to embrace new joy as it came. The Jewish imperative to life helped me find air when I felt I might drown in a sea of overwhelming sadness. Without it, I was so focused on what was lost that I nearly lost track of what was not – my own self, my potential, my life full of creativity and friendship. Jewish ritual and teaching, with its unambiguous insistence on the soul of the mother and the not-soul of the embryo, restored that to me. It gave me the courage to grab strong hold of my new partner, my bashert, with whom I now make a Jewish home.

Last year, to mark my exit from these years of sorrow, I ran the NYC marathon. I also hired a Hebrew tutor. At her suggestion, I ran loop after loop in Prospect Park to the v’ahavta, learning the sounds, the rhythm and, in some way, inscribing the might of the prayer into muscle memory. On marathon day, I jogged through Hasidic Williamsburg, sounding out the signs, propelled by my new ability to read Hebrew letters. I was getting somewhere.

_Dania Rajendra lives and jogs in Brooklyn, and sits on the boards of Political Research Associates and Jews for Racial and Economic Justice. _