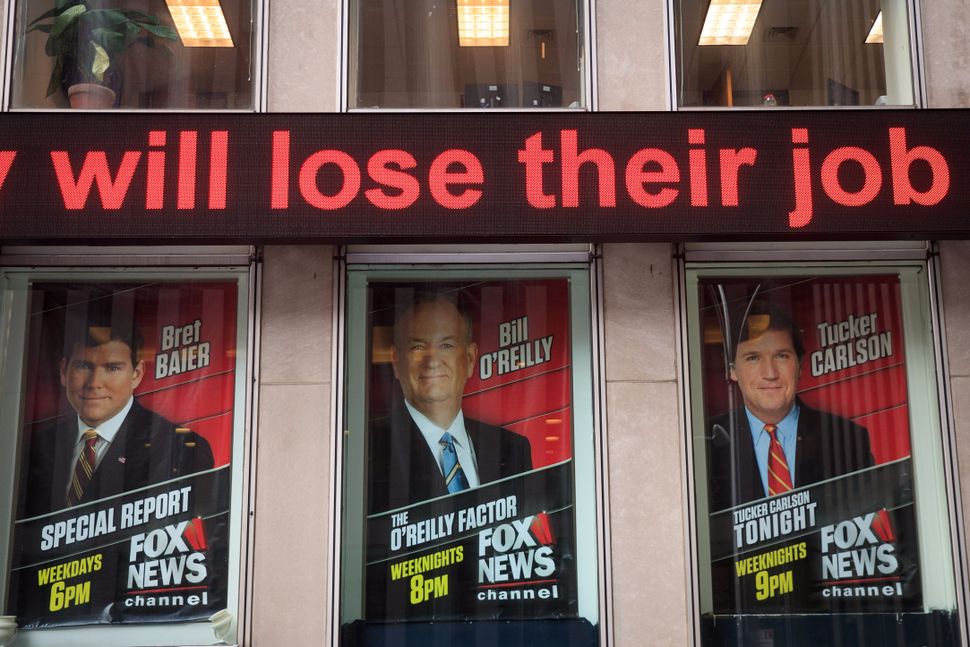 I realize National Infertility Awareness Week was last week, but frankly the story at hand is at least as appropriate for May 1st, as it’s a labor issue, and a heck of a labor issue at that: At The Cut, Gabriel Sherman reports on yet another Fox News lawsuit, and it’s a doozy:

Fox News online reporter Diana Falzone filed suit in New York Supreme Court alleging she was demoted after publishing an essay in January on Fox News’s website about suffering from endometriosis. “The male-dominated senior management of Fox News obviously objected to the fact that a female on-air host had disclosed that she suffers from a women’s reproductive-health condition, which, in their eyes, detracted from her sex appeal and made her less desirable,” the lawsuit claims.

In a January essay, which “Falzone says she cleared her essay with her supervisors,” Falzone had described the pain and heartbreak of endometriosis, which has likely left her infertile. She described “a 3 ½ -hour surgery on my uterus, ovaries and bladder to remove the endometrial tissue that was causing the excessive bleeding and paralyzing pain.”

Fox then took her off-air and even, she claims, “banned [her] from doing voice-overs.” Charming.

It’s well known that women newscasters are expected to look flawless, but this is the first I’ve heard of this requirement extending to internal organs.

Why, I’m wondering, did Fox think knowing about a reporter’s endometriosis would pose a problem for viewers, if that’s indeed what went down? Is it because it means that you, the male viewer, won’t be able to father the child of the woman you’re watching on the television (or listening to on a voice-over!), whose child — I hate to break it to you — you weren’t fathering anyway? Is it some warped version of when heartthrob musicians have to pretend to be single (or straight), for the fans who dream of dating them?

I see two takeaways here. The first, as I tweeted, is that the story drives home women’s no-win situation where reproductive functions are concerned. Women are penalized for having kids and for choosing not to. Here we have an example of the perfect woman for such an environment — wants kids (maternal!) but likely can’t have them (no need for maternity leave!) — and what do you know, even she gets penalized, and why? Because infertility? Not sexy. It’s almost as if women’s bodies are penalized for existing, no matter what women choose (or, in this case, don’t choose) to do with them.

The second is that raising awareness, that much-tossed-around phrase where so many medical conditions are concerned, is vital but can have consequences. I say this not to criticize those who do courageously do just that, but rather to remind that there are excellent reasons why others do not.