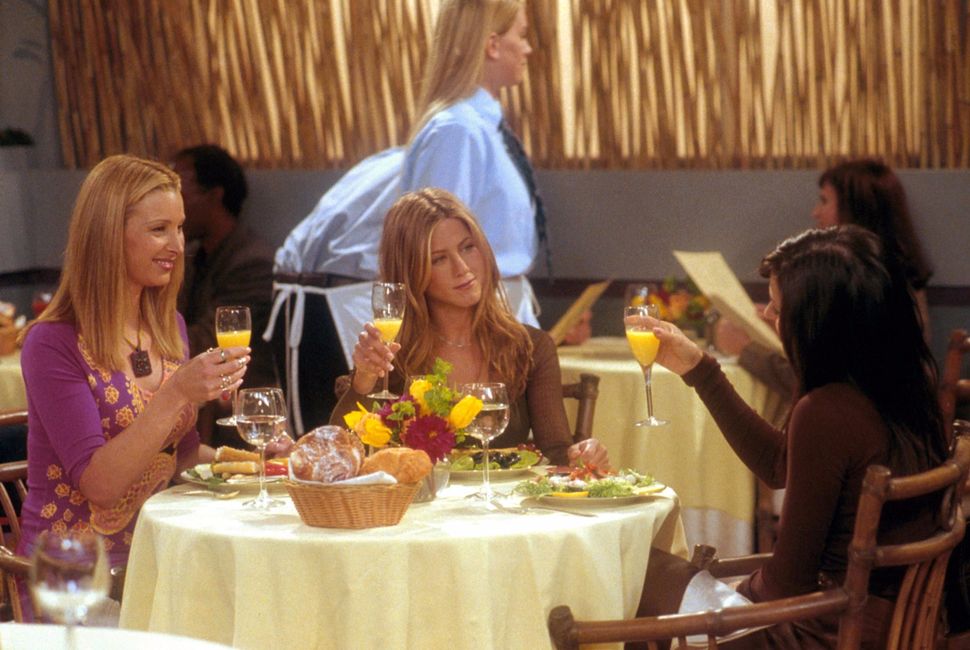 The female friends of “Friends” Image by Getty Images

What does the expression “female friendship” evoke for you? Intense childhood or adolescent bonds? Lifelong connections among women, outlasting romantic relationships (of any sexual orientation)? Or does “female” seem gratuitous? Male friendship tends to just go by “friendship.” (If nothing else, “female friendship” produces far more Google results.) In the Atlantic, Megan Garber reviews a new book by linguist Deborah Tannen, “You’re the Only One I Can Tell: Inside the Language of Women’s Friendships.” And it sounds fascinating:

Friendships, like romance, can be fraught because of the same interplay between confidence and confusion that can make romance both exciting and, occasionally, excruciating. Does she like me? Will she call me back? Does she still love me, after all these years? Tannen tells the stories of women who have spent years mourning lost friendships, and, too, of women whose friendships have seen them through marriages and children, joys and losses — that have, indeed, brought a new meaning to the term “‘til death do us part.” The love in the platonic relationships Tannen describes, just like their romantic counterparts, can be passionate, and comforting, and life-defining, and occasionally heart-breaking.

Most intriguingly, writes Garber, Tannen’s new book complicates the notion that friendships between women are always “reliable and, above all, easy”:

Friendships, in Tannen’s treatment, are comforting, yes, and constant, ideally, but definitely not easy. Many of the friendships Tannen considers in the book — her own, occasionally, but most often the ones lived by the women she interviews — are ones that have ended, for both grand and petty reasons. And the ones that carry on do so in part because the people in them have committed to their upkeep — to overcome the differences of perspective and action that might otherwise make them fraught.

If this has you wondering whether any friendships of yours that did not stand the test of time failed for “grand” or “petty” reasons (and who among us is not wondering this?), this could well be the book for you.